POLLSTERS North American Caribbean Teachers Association (Nacta) said the choice of candidates by the United National Congress (UNC) for their "safe" constituencies could influence the outcome of the August 10 general election.

Nacta, in a release, said this information was from an ongoing tracking poll the group has been doing.

"Whereas, previously, marginal seats determined the outcome of an election, in this election, nominees in seats bordering marginals could influence the latter’s outcome."

Nacta said the UNC has selected candidates in seven marginals, one safe seat, and challengers for all People's National Movement (PNM) safe seats, while the PNM has completed selection of candidates in the 41 seats. The UNC was scheduled to nominate candidates in remaining 16 safe seats on Sunday.

Nacta said the findings of ongoing polls revealed that voters were not very pleased with either party’s candidates in all of the marginals that would determine the outcome of the elections.

"Voters tell the poll interviewers that quite a few candidates in marginals are a complete turn off and many say they would not vote. Some nominees have national profiles while most are barely known outside of friends and families. Some are well liked while others have low approval numbers."

Nacta reported that overall voters say PNM has more recognised or high-profile candidates than the Opposition.

"But readers are cautioned that (being a) candidate (with a national profile) doesn’t necessarily mean they would win seats. For example, three high-profile candidates have low approvals. Only one of seven nominees for marginals in the Opposition has a national profile and has received widespread approval among voters not only in the constituency being contested but nationally as well. On the ruling side, all but one of seven nominees have national profiles although three have been given low approval numbers and are considered very unpopular by their constituents and would experience close contests."

"The race could very well be determined by the selection of candidates in the UNC’s strongholds (safe seats) bordering the marginals. Since the UNC candidates are not well known, voters feel eminent nominees in bordering seats could give a boost in the marginals."

Nacta pointed out that the PNM has high-profile candidates in almost all safe seats, with some having celebrity status.

"The selection of Penny Beckles (Arima), Brian Manning (San Fernando East), Keith Scotland (Port of Spain South), Jason Williams (San Juan / Barataria), among others, receive near unanimous approval from the party’s base. Voters say their selection would boost the PNM’s prospect in the marginals. Similar selection of nominees in UNC safe seats could put the PNM against the wall."

Nacta said voters endorse the idea of fresh faces in the electoral lineup and give "a thumbs up" to UNC political leader Kamla Persad-Bissessar for taking this direction.

"But they say they would like to see in the line up a mixture of veterans (incumbents) and fresh faces of high-profile nominees of integrity and who have a proven track record of accomplishments. It is noted that the country is at a dangerous time in its development. The party that wins the election will not have an easy time in government and any opposition would need strong voices in its front bench. Thus, voters are unambiguous that fresh faces alone without competence won't cut (it).

"It is, therefore, important that (all) parties put forward candidates that the population believe have the competence to govern. Voters want candidates who are likeable, honest, and trustworthy and who have professional and national profile. Short of those requirements, turnout would be very low." 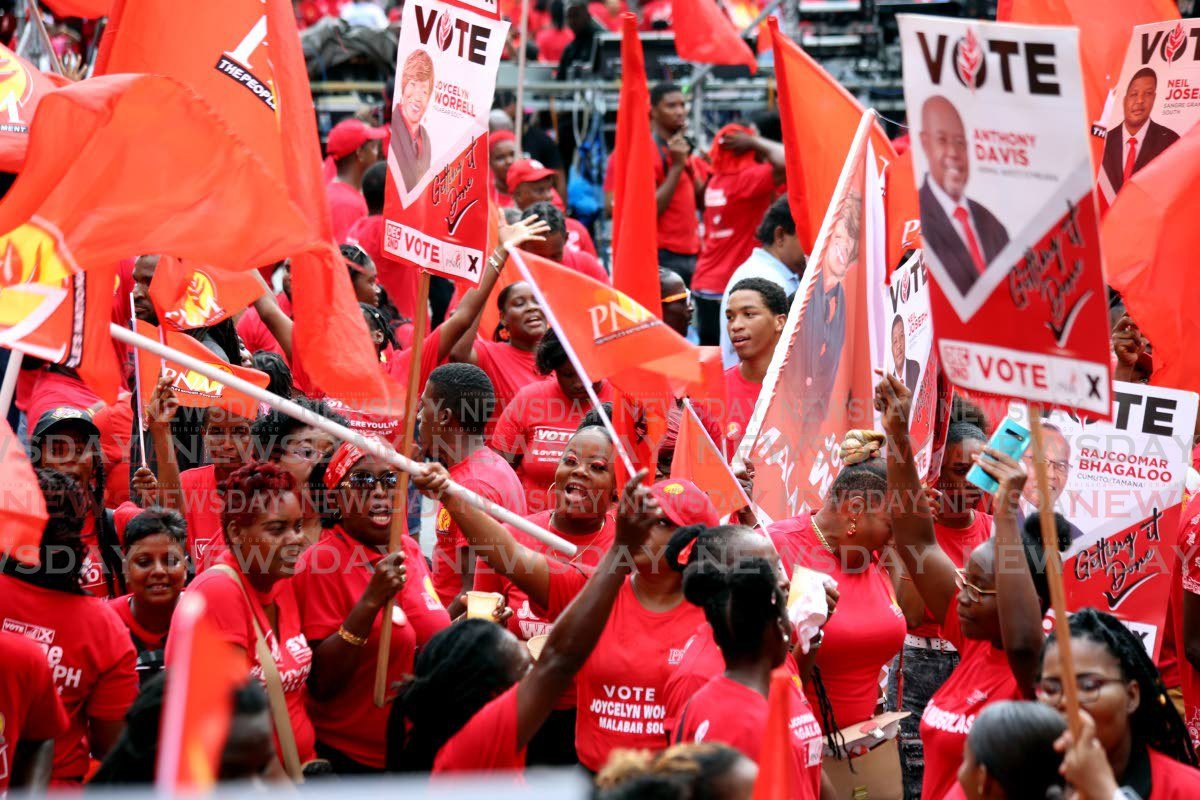