DEPUTY Commissioner of Police Irwin Hackshaw has condemned the actions of protesters taking to the streets in response to the deaths of three people over the weekend.

Heading a contingent of police on Tuesday morning on the Priority Bus Route near the Central Market, Hackshaw said the actions of protesters who have been blocking roads with fiery debris and marching the streets shouting, “Don’t shoot,” were unnecessary and illegal.

“There is an investigation ongoing. When it is over we will know the findings," he said.

"This is unnecessary and it is against the law. But we will be dealing with that in the fullness of time.”

He said angry PoS residents have taken to the streets in protest on the Lady Young Road, the East Dry River, Eastern PoS, Laventille and other areas. 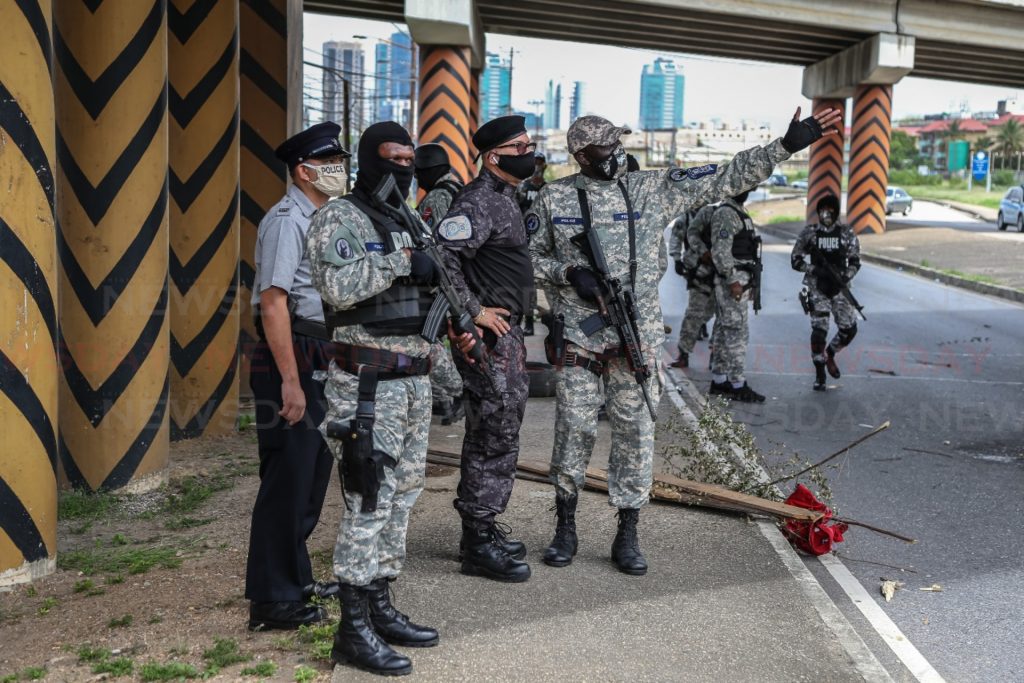 But police are out in force and are being assisted by the coast guard and defence force, as they seek to clear debris and quell protests across the city.

They are protesting the police killing of three men in Morvant on Saturday afternoon.

Have you seen protests in your community? Let us know by emailing news@newsday.co.tt