Leslie Ann Wills-Caton, the newly appointed general manager of the TT Film Co Ltd (FilmTT), is not a talking head with no idea what the film industry is about.

For over a decade she has worked behind the scenes on over 12 feature films, including Home Again, Cutlass, Green Days by the River, and Amazing Race, as well as numerous short films, documentaries and commercials.

She worked in the roles of production co-ordinator, production manager, locations manager, and second assistant director before deciding, in 2017, to start creating her own content by writing and directing her own short films. She produced one-minute films which she posted on her YouTube channel, FIXERfilm Studios. And she uses the honest feedback to learn and improve her craft.

In 2019, she launched TT’s first Film and Folklore Festival under her company, FIXERfilm Ltd. She said children and young adults today did not hear stories about the la diablesse, papa bois, douens, and the lagahoo and the characters could be incorporated in love stories, teen dramas, comedy, action and other film genres.

“I realised we need to see ourselves more and we need to celebrate our stories. We will go and see the vampires and dragons but that’s not our culture.”

FIXERfilm also planned to have a camp folklore this year with workshops, storytelling, art, films, and other activities about the First People’s community, Anansi, and other cultural elements. Unfortunately, the camp was postponed due to covid19 and, she said, there would have to be changes because of new public health policies.

Wills-Caton, 34, said she applied for the general manager job, the post she took up on June 15, because she enjoys the administrative side of the film industry.

“When I got the job it was really exciting because I want to do so much for the local industry. I have two main goals: to get the country as a whole to recognise local content and see the value in it, and to get the business sector and investors to realise the value of partnering with filmmakers.”

She noted that part of FilmTT’s mandate is to get international projects including Hollywood, Bollywood, and Nollywood, to film in TT. She said the organisation would have to do some workforce building and then advertise internationally so people could film in the country once the borders reopened. She said the US film industry alone spends millions of dollars outside of the US so the move would bring US currency to TT.

With that in mind, she said FilmTT would have to work with the tourism industry and manufacturers of local products.

She said when people see locations in movies, they go online and search for them. In TT’s case they would discover Carnival, TT’s unique Christmas festivities, Tobago’s Blue Food Festival and other events they may want to attend. She said other selling points were the availability of extras of various ethnicities, buildings from modest to upscale, rural and urban communities, small islands, and more.

“Yes we’re going to sell Carnival but Carnival has its own audience. We have some amazing landscapes – the nylon pool, the pitch lake, Knolly’s Tunnel, the mud volcano, etc. So what we can sell is our eco-landscapes and they could film around these areas. Then we could add the history and the culture.”

She said FilmTT was hoping to create and sell various packages to production companies depending on the genre of the project, as well as encourage the local business sector to buy in to the international films so their products could be marketed internationally.

“We want to find the best product integration with the right genre film that works for your brand, that could tell of your goals and objectives in a way that would appeal to your target market.”

She said even if an online streaming platform was used for viewing, those posts received thousands and even millions of views, which would be good marketing for businesses and products.

Wills-Caton admitted that the quality of local productions have room for improvement. She said she would like to have FilmTT bring distributors, agents, and other professionals to TT to inform and advise local filmmakers as to what they were looking for in a production.

However, she said, it was necessary to get the country involved in demanding more local content on TV and cable networks. She believed because the industry was relatively young, filmmakers were still figuring out what works for the audience. Therefore, she said it was important to produce and pay attention to criticism.

“Because we are not able to create content as efficiently and as often, we’re having a harder time learning the craft. Nigerian films and Bollywood films did not start off at the level they are at now, but we would watch them because they were consistent in their content. Is it that we need to find out what type of content people want to consume locally so we might forgive the acting? Is it that if the actor got more consistent jobs they would eventually fall into a stride?”

She said she would like to get feedback from consumers, collate the information and educate filmmakers so they could keep improving. However, she said they would have to ensure their work is of a certain standard if they expected distributors or TV stations to pick up the shows.

She also hoped to arrange for collaborations with musicians and entertainers, people from the fashion industry, and animators throughout the Caribbean and Latin America to build a bigger business and support network.

In addition to her wealth of experience, Wills-Caton holds a bachelor’s degree in psychology and human resource management, and is a certified etiquette consultant from The Etiquette Institute, Missouri in the US.

She said her interest in psychology stemmed from her pre-teen years as her mother used to help two mentally ill people in their neighbourhood, and one of her uncles had mental health issues. It made her want to understand the psyche and help others.

She said it just happened that her studies translated to the film industry as it allowed her to understand how to make relatable characters, analyse current culture, or how to design a set, use music, fashion, and visual cues to evoke certain feelings.

Human resource management, she said, helped her to understand policies and procedures that could work in the industry so she could try to get filmmakers to focus on standardisation, have a business structure, organise their brand, and other business-related issues.

Her love for theatre and film also started at an early age. She related that her parents met as actors in a secondary school drama class and they later introduced their children to theatre by encouraging them to get involved in plays with their church. At 12, she wrote her first script for the church’s Father’s Day production.

“They performed that script and I just fell in love with seeing the words come to life. And even though I went and studied mental health and human resource, at UWI I auditioned to be part of a short film. Because I was so admin-based, every time I worked on a project I wanted to make sure we were efficient, that the timing was right, and everything was in line, things segued and I kept moving further behind the screen.”

Eventually, she wanted to ensure filmmakers get to the point of production, and then to help influence and improve the industry, which led her to Film TT. 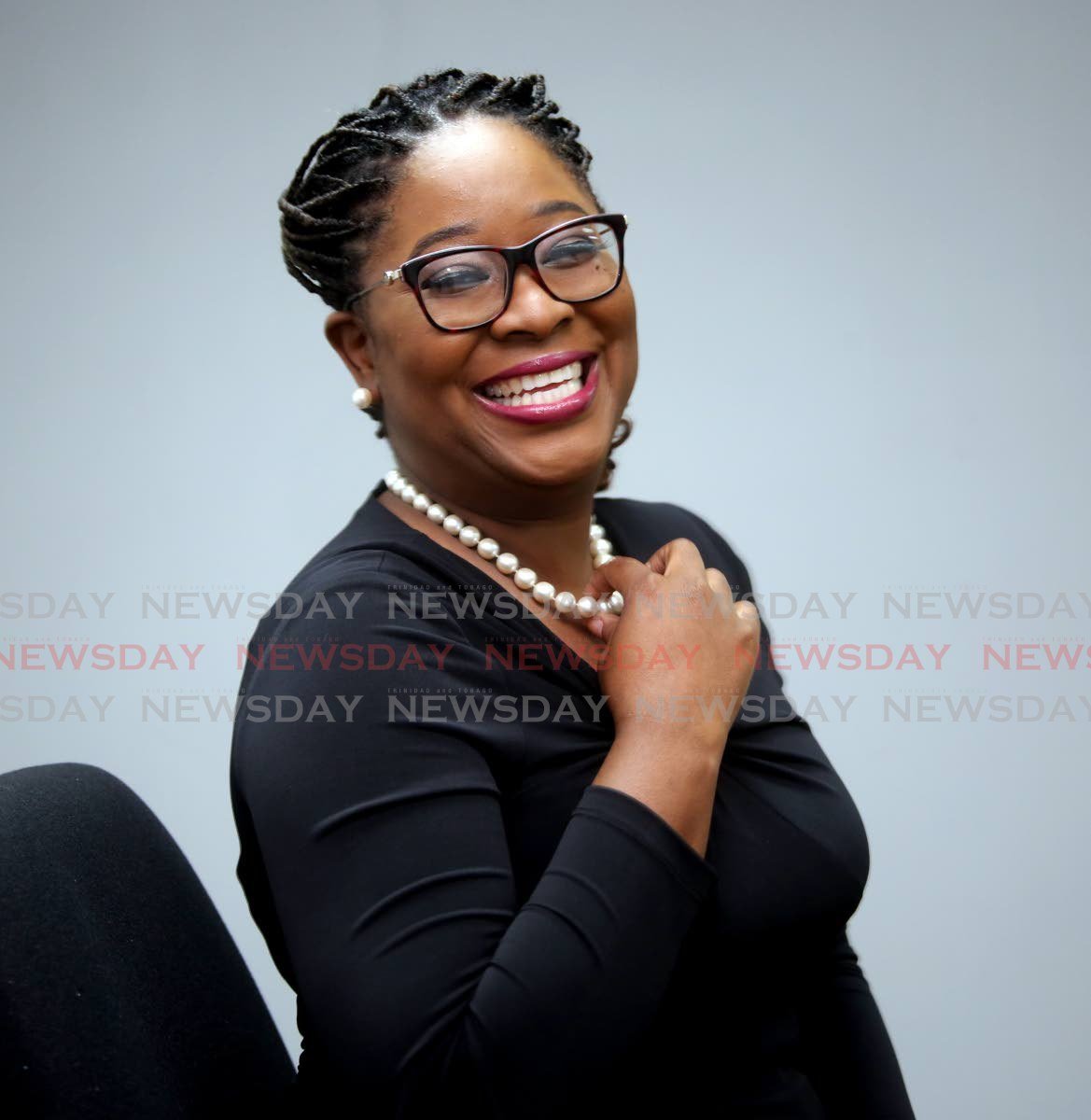 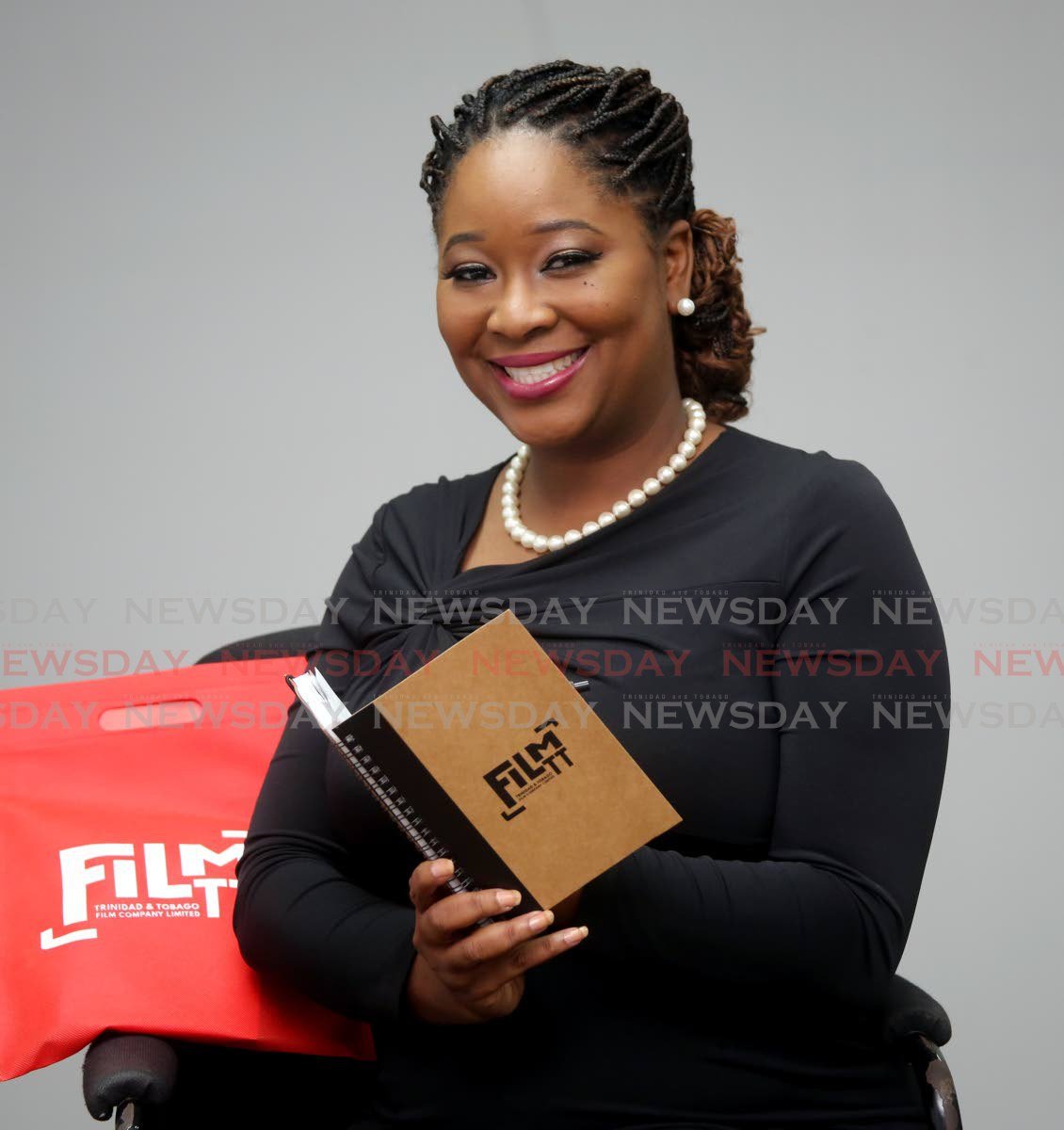