Government is placing a stranglehold on businesses by insisting they pay taxes based on last year's profits even as many are facing losses because of the covid19 pandemic, Gabriel Faria, CEO of the TT Chamber of Industry and Commerce has said.

The chamber has been actively trying to engage the Ministry of Finance regarding income tax payments (taxes on profits), requesting waivers or, at least, to be allowed to pay taxes based on 2020 profit estimates. But the ministry and the Board of Inland Revenue (BIR) have been loath to respond, Faria claimed.

“We wrote the Ministry of Finance on this issue and copied the chairman of the BIR. We have not received a response. We then wrote a column on the topic (published in the Business Day on June 4), still no response,” Faria said.

It all comes down to how corporate income tax is paid in TT. Essentially, because it’s impossible to know what the actual profit will be for a year, to streamline the process, taxes are usually paid, quarterly, based on the amount of profit made the year before.

"You can’t force people to pay taxes on last year’s profits when you know most businesses aren’t going to make the same level of profits this year,” he said.

What the BIR and the ministry is trying to do is overstate income tax revenue, Faria claimed, by insisting that businesses pay based on 2019 profits, even though the law allows for the correct taxes to be paid based on 2020’s actual profits.

If businesses pay this inflated amount, they will have overpaid taxes and while they will be eligible for a refund, the wait for such could be interminable, he said. On the flip side, if they pay less than the 2019 estimate, they could be liable for underpaying taxes and be subject to a fine.

Businesses may write to the BIR explaining their situation. “It’s important to understand they already paid their taxes for 2019. What has been happening is the BIR either does not reply or they reply saying they cannot accede to the request. It means the business must now make another payment (equivalent to the 2019 payment) when they should not have had to pay any taxes at all,” Faria said. “Theoretically they owe the government taxes even though they losing money.”

Under the law, the BIR has to review any application for exemption. The BIR is denying all claims, he said, and while businesses can object, while they wait on a response, they still have to pay taxes.

“This behaviour is irresponsible. It is taking cash flow desperately needed by people who are trying to keep their businesses open in extremely difficult times to keep employees, voters, employed and forcing them to either close or lay off voters.”

This tax constraint is compounded by the fact that businesses have not received “one cent in fiscal support” since the pandemic started three months ago, he said. Many have been closed and the majority have seen significant declines in profit, or are generating losses.

“I am pleading with the Government to do the right thing and allow businesses to pay tax on this year's projected profits.”

The challenge has been with the BIR responding to these requests on a timely basis, so as to allow businesses to reduce their instalments, said Arun Seenath, Trinidad tax partner at financial services giant Deloitte. If the BIR does not respond, then technically the instalment should not be reduced. “We have even seen cases where BIR has responded stating that it is unable to grant approval to reduce the tax instalments, without providing a basis for the rejection.”

This approach has a number of practical implications, he said. If taxpayers continue to pay tax based on their prior year tax charge, where the current year has had reduced activity, this would likely result in a tax refund. Tax refunds as we all know can take years to recover. Government will then continue to report its tax revenue as collected.

Another practical issue is that if taxpayers unilaterally take a decision to reduce their instalments, when their tax returns are processed they could be assessed additional interest based on a formula set out in the tax law. This then disadvantages the taxpayer if they require a tax clearance for business reasons, Seenath explained.

“I can imagine that it may also not be possible for BIR to process 10,000 plus applications for reduction in tax instalments within a 30-day timeframe. So this has to be taken into consideration as well. Taxpayers are then forced to make a business decision to either overpay their taxes and await a refund that may take a while to collect, or to underpay their taxes and be assessed interest on those underpaid amounts,” he said.

Businesses have requested a waiver, but Finance Minister Colm Imbert in a press conference in April was adamant that this can’t happen because tax revenue was necessary to fund the government’s covid19 relief programmes.

“We have to give people help. Where is money supposed to come from? So, if we were to say yes, we will defer tax collection, (that) we will allow people not to pay taxes, where is the money going to come from to produce the salary relief grant and other assistance?

"We can’t defer. It’s unfortunate so that’s just how it is. We need every single cent,” Imbert said then.

The government’s coffers for the second quarter of 2020 took a double hit from falling energy commodity prices as well as covid19 later in the quarter. As of March 30, the State collected $3.6 billion, a shortfall of about $600 million to $700 million from the original projection. Business Day emailed the minister and the ministry’s corporate communications unit for comment but up to press time, did not receive a response.

The chamber has asked for deferrals of tax payments by six months, Faria said. He claimed the government is withholding an estimated $12 billion in VAT refunds, personal and corporate tax refunds and amounts owed to suppliers dating back probably seven years.

"To ensure transparency to the people of TT, I would appreciate if the Ministry of Finance could confirm the actual amounts owed in each of those areas.” 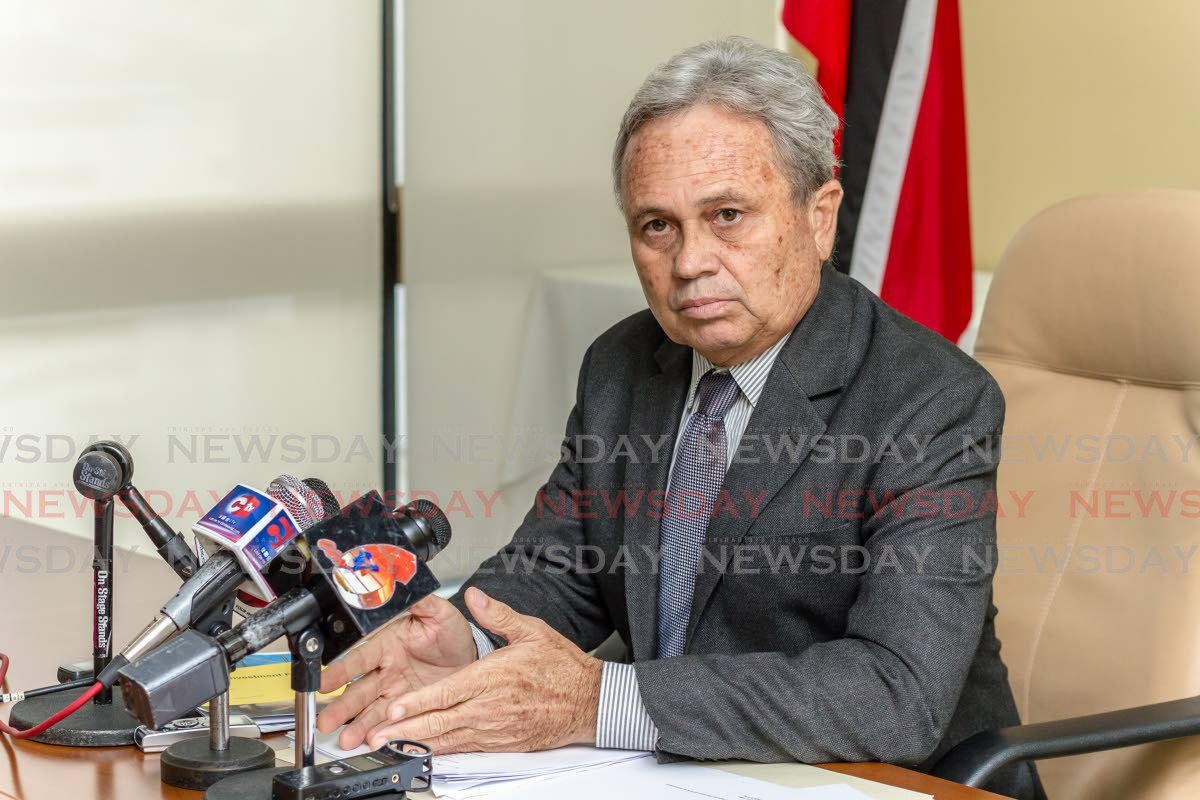 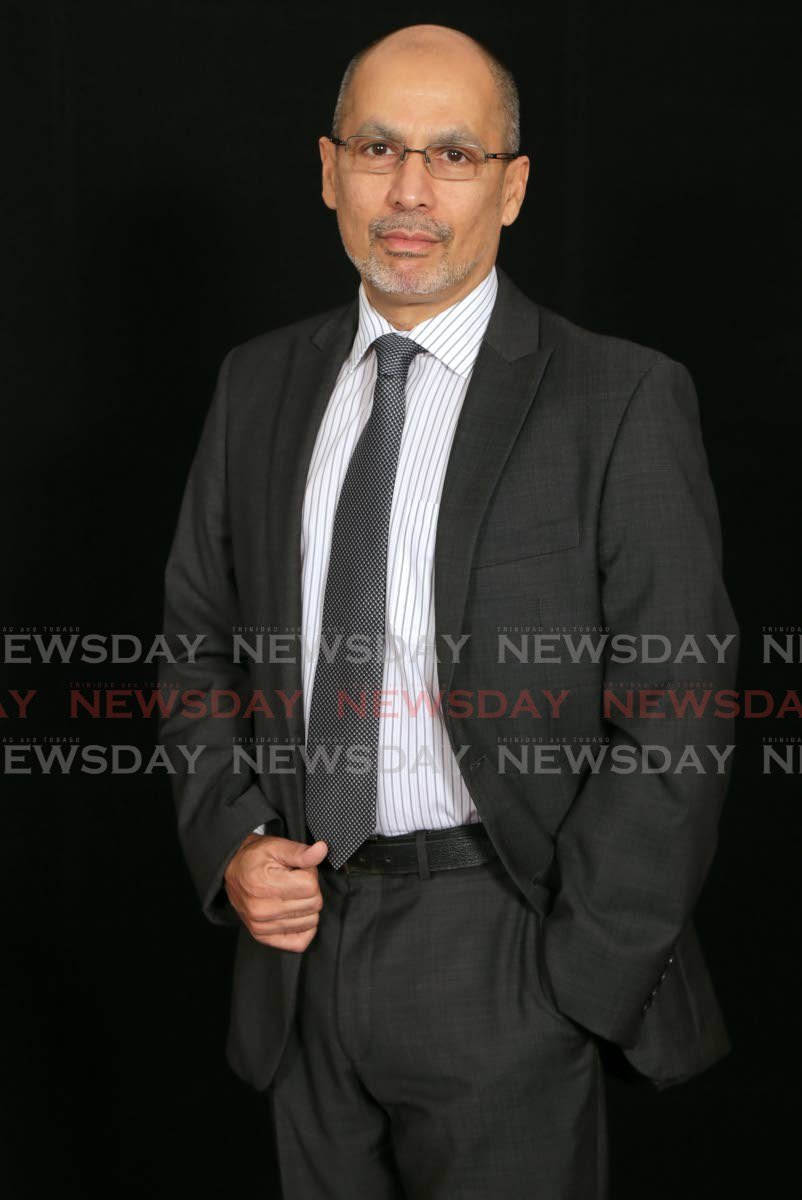