The 22-year-old was one of ten female Central Intercollegiate Athletic Association (CIAA) athletes who was selected to the elite bunch in recognition of her stellar contribution to the California-based institute over the past two years.

Due to the global pandemic, St Louis virtually graduated with a Bachelor of Science in Sports Management on May 17 and plans to pursue her Master’s in this field, come September. The rising jumper also intends to intensify her athletic and academic career by upgrading to a more competitive Division I school.

This year, however, a different criterion determined the All-America winners after the 2020 NCAA Division II Indoor Track & Field Championships was cancelled courtesy covid19.

Student-athletes on the start list of their respective events and relay teams accepted into their events at the Division II Indoor Championships were recognised as Indoor All-Americans. All-American honours are usually based on individual and relay performances at the national championship meet.

After graduating and then being named to the All-American team, St. Louis expressed elation from her current base in Florida.

“It’s a wonderful feeling being recognised for the hard work you put in, especially after recently graduating. I want to continue chasing my athletic goals but I also love the management aspect of sports. I know though that I have a lot of years of competition in me so I plan to master the two elements. I also wanted to compete at nationals, make the top eight and become an All-American in the original way

In 2016, the former El Dorado West and St Francois College student earned a full track scholarship and spent the next two years at Wiley College in Texas. In search of a more profound athletic programme, St. Louis then transferred to Johnson C. Smith University where she completed her degree and began grinding out improved results.

She then captured triple jump gold (11.86m) at the CIAA Indoor Conference Championship one month later and silver (11.89m) at the Adidas Winthrop University Invitational in March. As the year progressed, she also launched to gold (12.03m/triple jump) at her college invitational and then third (11.88m) in the same event at the Aggie Invitational.

St. Louis also propelled to her college best of 12.23m (triple jump) at the South Carolina Invitational in February 2020 before the season was put on hold due to the then developing pandemic.

She believes her Master’s programme will provide her with additional time to create an even better balance between sport and academics.

“It (masters) will be much different from my undergrad as most classes will be in the afternoon. This would give me more time to get things done during the day. I would have track practice before classes and I think it might be better for me with regards to time management. It should be easier to strike the right balance between track and schoolwork,” she concluded. 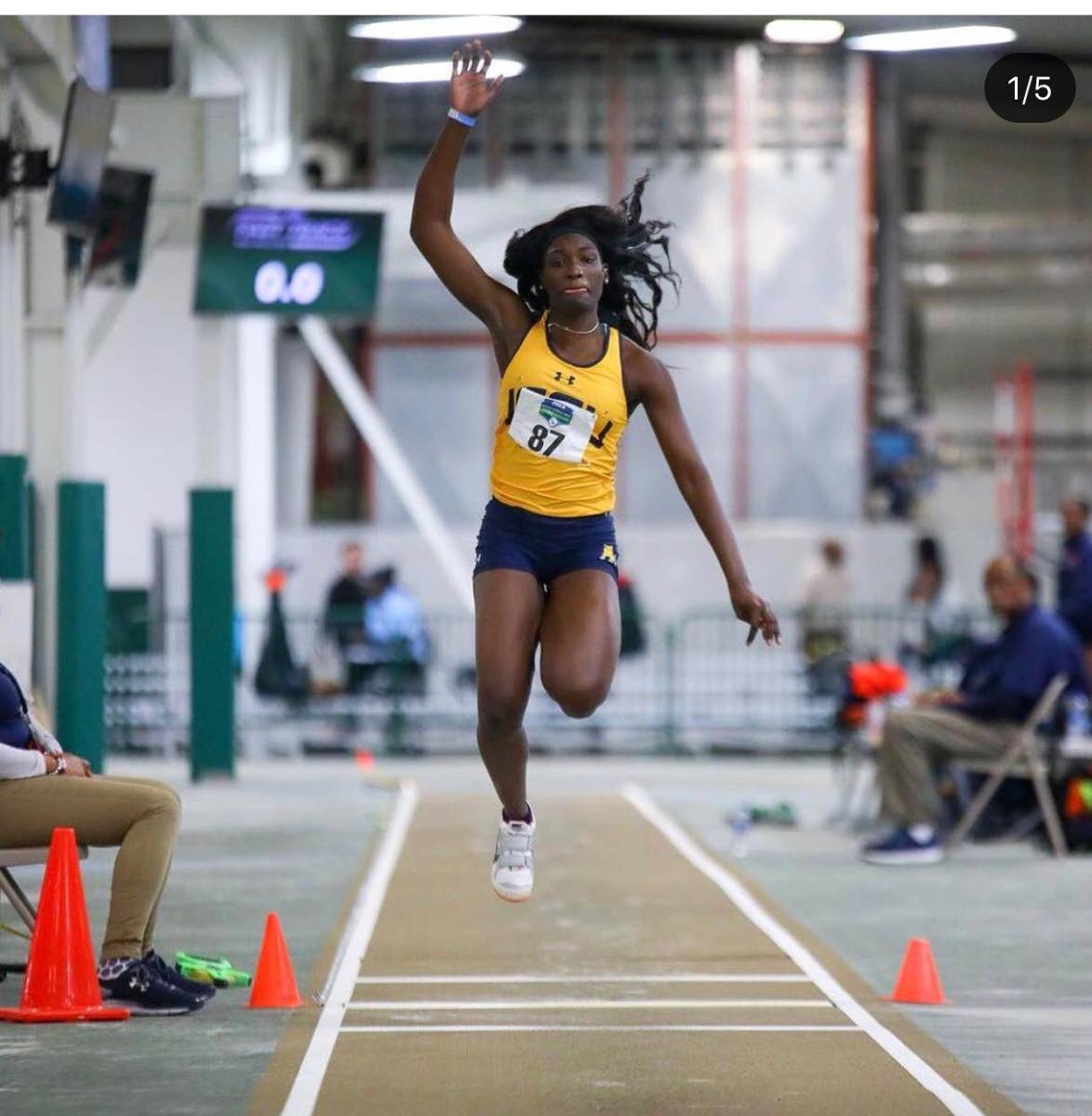