SPEAKER Bridgid Annisette-George put Naparima MP Rodney Charles out of the House of Representatives on Friday leaving him perplexed as to why.

As Charles spoke on the Interception of Communications (Amendment) Bill 2020, Annisette-George complained he was being too lengthy in quoting extracts of a past parliamentary speech of Minister of National Security Stuart Young. She ordered him to take his seat, before the end of his 20 minute speaking time limit, newly reduced under covid19 restrictions. He complied.

Tourism Minister Randall Mitchell rose and spoke for a minute, but then suddenly shifted to the side of the speaking podium to allow the Speaker to preside from her chair.

Annisette-George instructed Charles, “Please have a seat. I am speaking.”

Standing with bag in hand as if to leave the chamber, Charles said loudly something about his seat.

The Speaker again told him to sit.

Charles then shouted something about his seat to her, prompting "oohs" and "awws" among surprised MPs.

Annisette-George shot, “Member for Naparima, I’ll ask you leave the chamber for the rest of today.”

Mitchell resumed his speech. He said, “Madam Speaker, even though it ought not to be said, I take umbrage to the behaviour of the Member for Naparima. It is unparliamentary.” Speaking to Newsday in the tea break he said he found Charles to have acted beneath the dignity of the House. “He was disrespectful to the Speaker.”

In a WhatsApp statement, Mitchell said, “The member before me ran afoul of the standing orders and attracted the Speaker’s attention on a number of occasions. On the last occasion the Speaker invited the member to re-take his seat under her authority.”

Charles told Newsday he was getting up to walk out when the incident happened, saying, “I was totally surprised.” Charles said he had found it hard to give his speech amid interruptions, but said the Speaker may have had valid reasons for doing so. “But I expect to be treated in a manner which gives me a chance to express the views of my constituents.”

The UNC Naparima constituency executive on Friday evening was due to issue a statement in support of Charles. 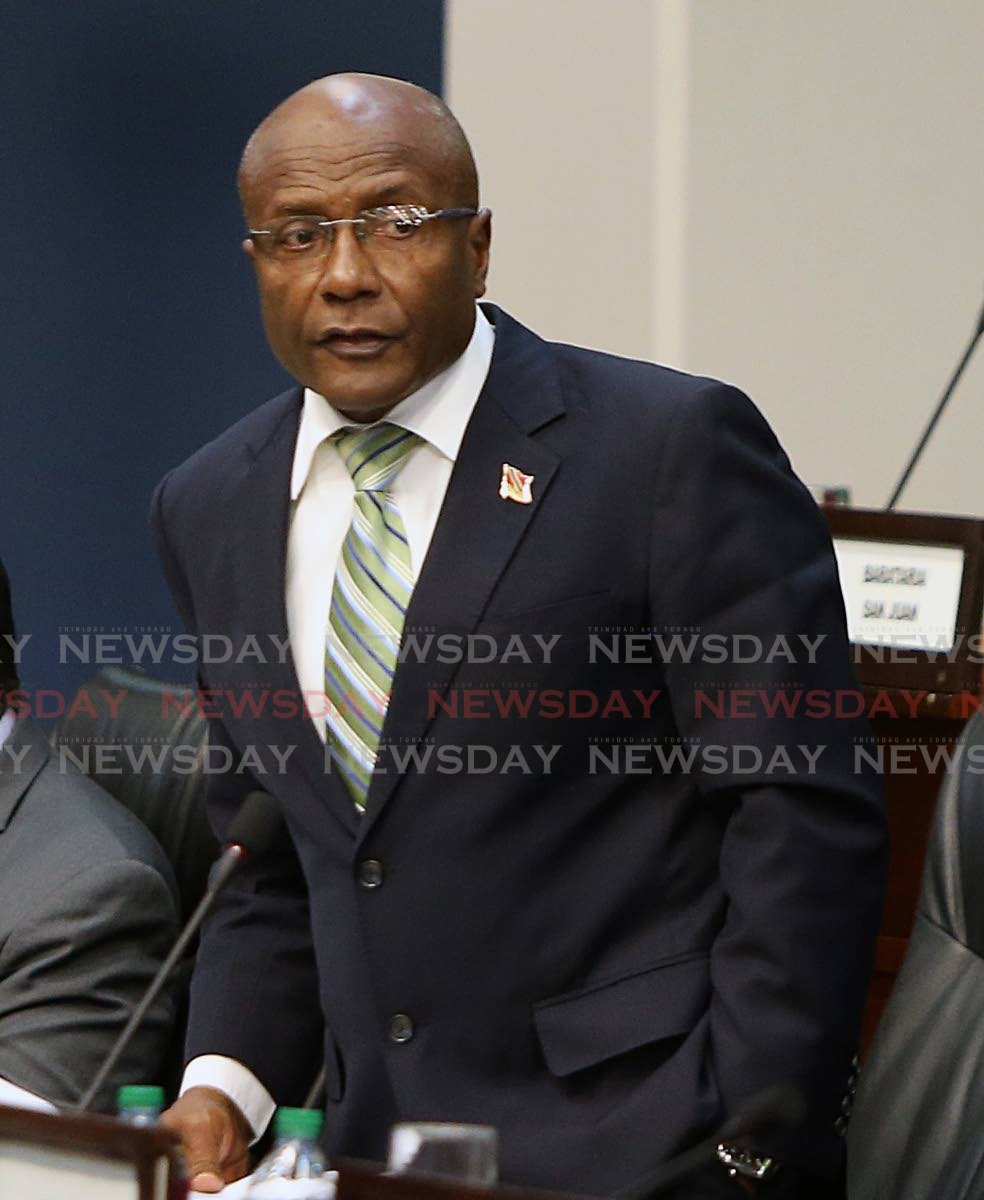