A RECENT survey has found that more than 73 per cent of households report reduced income owing to the covid19 stay at home order.

The Qure Covid19 Household Survey was carried out from May 4-May 9, with 827 people aged 18 and over completing an online survey. The study consisted of 29 questions that covered: protective behaviours engaged in by the members of the public to prevent the spread or contracting of covid19; the public’s outlook; rating of the government’s response to covid19 crisis; individuals’ risk perceptions; and the impact of the crisis on households.

The study found that 86 per cent of people were employed pre-lockdown and this dropped to 46 per cent during the lockdown. Of the respondents 56 per cent were certain of employment when the stay at home order is removed.

Just over half (54 per cent) of the people in the study continued to be employed with 33 per cent of people receiving their full salary and 21 per cent a reduced salary.

The study found that almost 40 per cent of people were optimistic about the future despite the crisis while 27 per cent viewed the future as "dismal."

"The persons who are most optimistic about the future are those employed in large organisations."

People employed by larger enterprises also reported experiencing lower levels of distress than those who worked in smaller enterprises.

"The major reason for this stark difference in emotional state can be attributed to greater perceived job security as compared to those who are working for MSMEs (medium, small and micro-enterprises). For MSMEs reduced income may be a luxury most of these organisations could not afford to offer their staff, while individuals experienced an increase in expenses coupled with the uncertainty of the future as it pertains to employment and how they would provide for their family, all contributing to increased levels of distress."

One respondent said: “It has affected me and my kids really badly. As is, we were already a poor struggling family before this. Sometimes we had two meals, sometimes we had one. Now I don’t know where or when our next meal is coming. We are struggling and trying to survive.”

Qure Limited is a private full-service research firm located in Arima and has been operating in TT for the past 16 years. 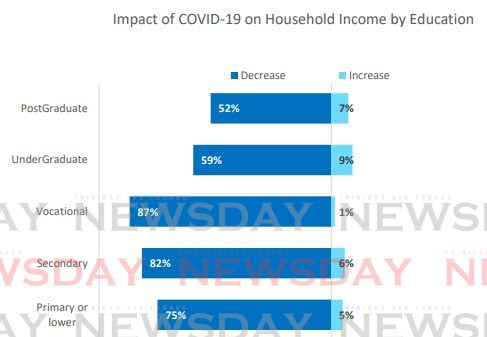 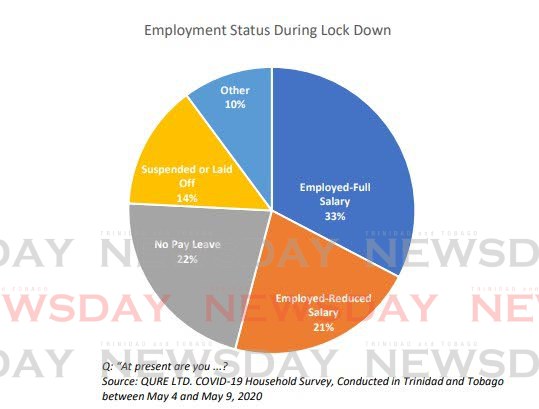