FORMER Arima mayor Ghassan Youssef on Wednesday called on the Government to allow all businesses to reopen since there have been no new covid19 cases in the past three weeks.

Youssef was part of a five-member protest group outside the Diplomatic Centre, St Ann’s on Wednesday.

Franco began the protest on Monday as a one-man call for the reopening of the economy. It will continue until Friday.

Last Saturday the Prime Minister announced the reopening of the economy in six phases, each lasting about two weeks. The first phase saw, among other things, the reopening of food establishments, hardware stores and groceries being allowed longer opening hours, and some restrictions lifted on outdoor activities.

Youssef said: “There is no reason that we should be closed. The last positive case (was) April 26. The international benchmark is two weeks. That (last case) was three weeks ago.”

The last case was actually confirmed on April 26.

"In Jamaica they are planning on opening everything including bars on the 19th, and they had more cases than us.”

Jamaica, whose population is 2.9 million, has 507 cases of the virus and nine deaths. New cases are still occurring there.

Echoing Youssef's call for the reopening of all businesses, Franco said the poor are being denied the opportunity to work. He added that people who have been living week to week are finding it hard now.

“When these poor people can’t take it enough, they are not coming out with placard and stand up here quiet,” he said.

Youssef added that people are now living hamper to hamper, after living paycheque to paycheque.

He also called on the Government to bring students from Barbados and Jamaica back home immediately and not have them quarantined in those countries before entering, only to be subjected to quarantine again once they arrive in TT.

Franco added: “How can you allow West Indian Tobacco Company (WITCO), a cigarette manufacturer, (to reopen) in a health crisis? What about the food manufacturers? Why the preferential treatment?”

Muller’s took issue with both the reopening of the economy and the need for medicinal marijuana to be imported for ill patients who use it.

“I am here to support Phillip Franco. We should be boosting our immune system, and not locking down the country and closing businesses.

"Please open all businesses! KFC is not a priority. Neither is WITCO. If this is a health crisis and you are opening the economy, why businesses that will make us sicker? Phillip is a naturopath, he should open,” Muller said.

She promised to return to the protest on Thursday and will also stage her own protest outside the Red House on Friday.

"We need to open the economy."

She also called on Attorney General Faris Al-Rawi to produce the regulations that allow the importation of medicinal marijuana.

"We need to legalise marijuana or license it, because that is another aspect, because with the lockdown the drought has gotten very bad.

She promised to give out marijuana seeds to people during her protest. 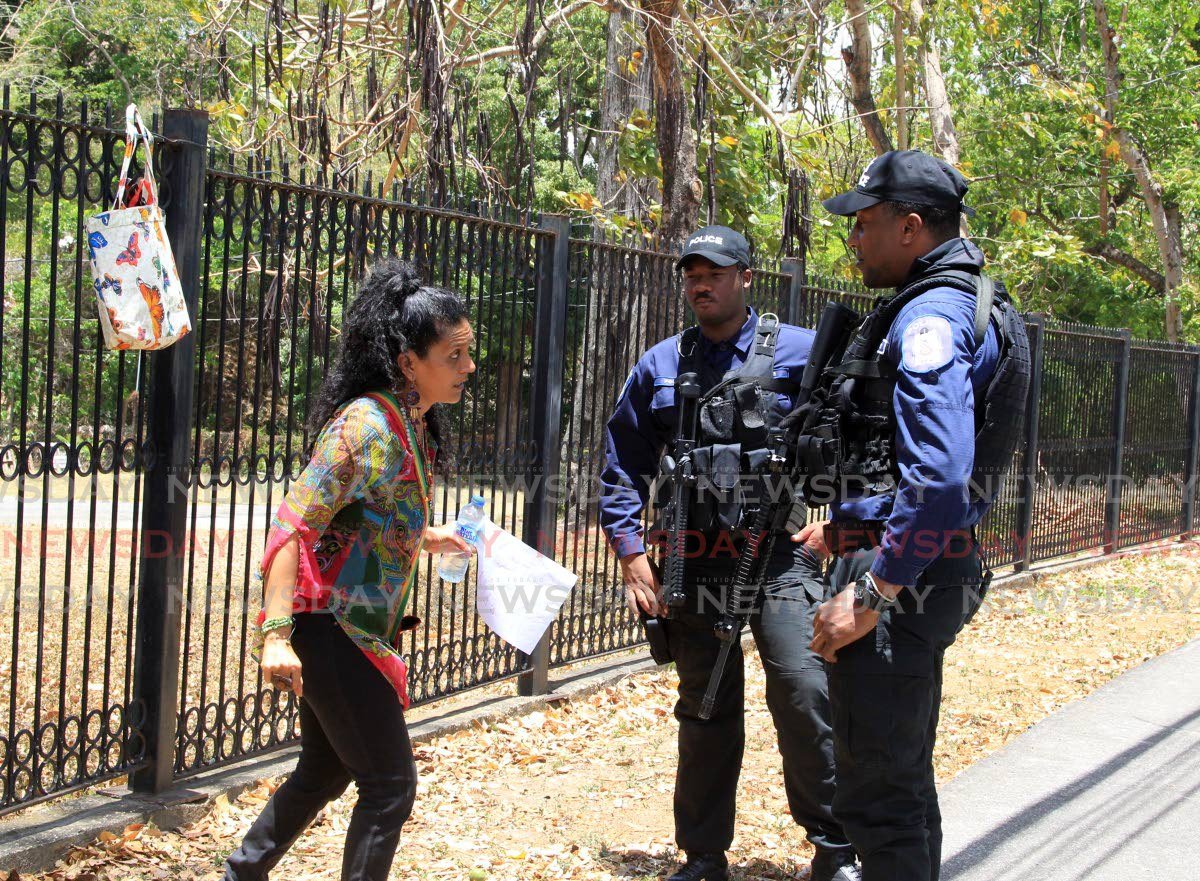