“JTA has been a long-standing business enterprise that has contributed significantly to the city over the years,” he said.

The supermarket contacted the mayor’s office to say it wanted to give 100 hampers worth $200 each to needy families in the area.

The mayor said people come to his office every day seeking help to feed their families.

There are families throughout the city, he said, who are affected by the loss of wages due to covid19, and he is working with MPs and councillors to reach out to those in need. The city corporation is preparing a database of needy families so as to provide relief whenever possible, he added.

Regrello said there were hiccups where the social welfare grants are concerned. but he is willing to help those who are unemployed to fill the forms and forward them to the Ministry of Social Welfare. His office, he said, is open every day of the week.

Sales and marketing manager of JTA Marisa McClashie said the supermarket is giving back to society by assisting those in need of food.

JTA has also provided breakfast and snack boxes to the frontline workers at hospitals, she said. 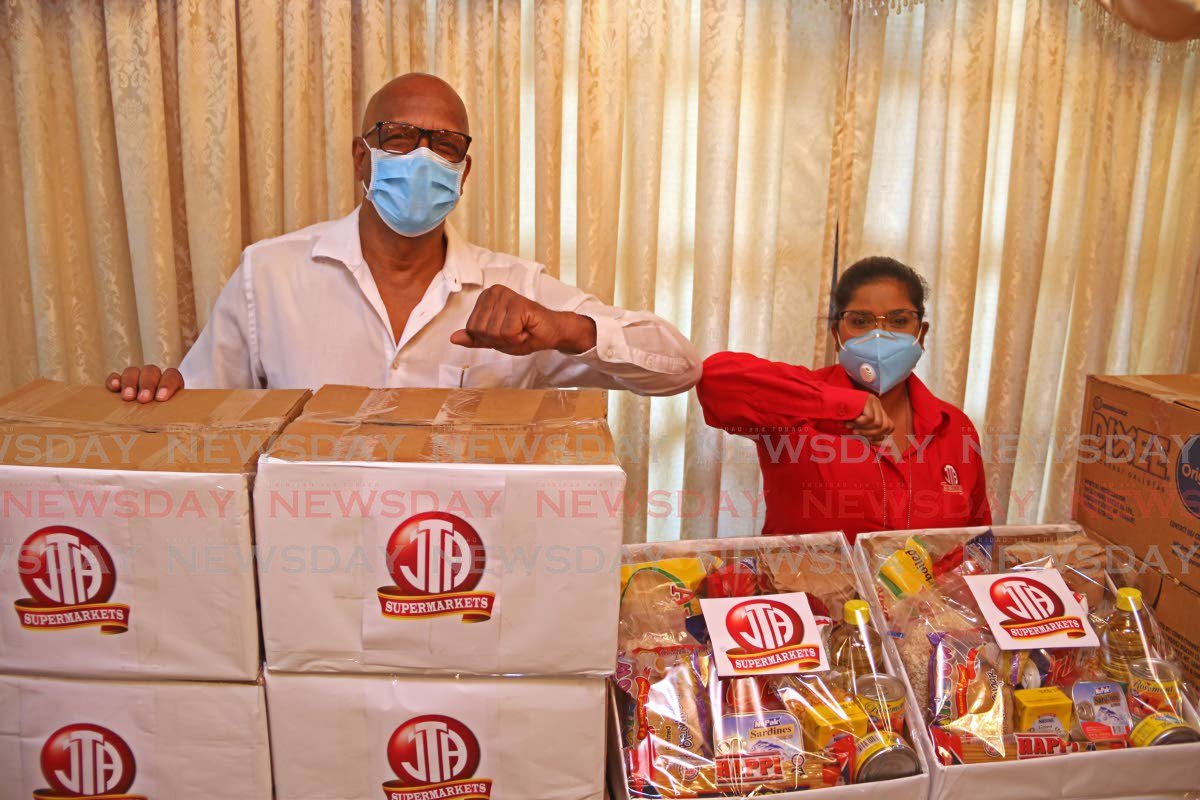