NO ONE is certain when the covid19 pandemic will end, and one of the major concerns is will countries be able to feed themselves in a global shut-down. In little TT, the answer is yes.

With the closure of non-essential businesses such as restaurants, fast-food outlets and roadside food vendors and in the enforcement of stay-at-home measures for the last four weeks, more people are cooking at home.

Nirmala Debysingh-Persad, CEO of National Agricultural Marketing and Development Corporation (Namdevco) said based on the reports from about 3,000 farmers that the corporation monitors, TT is well equipped to sustain itself should the world not be able to trade with us, for, at the very least, the rest of the year.

“Based on our records, what we see coming out of the farms so far we do have significant volumes of root crops from now until December. We do have significant amounts of fruits and vegetables and we also have the support of the National Seed Centre to provide continuity and to supplement the farms.”

Debysingh-Persad said the vegetables are short crops and currently there is enough to feed the nation for the next three to four months, and once farmers replant, it will continue on to December and beyond. To be food secure, she said, a nation will have to sufficiently provide to all citizens food from major food groups which are carbohydrates, proteins, fats and equal amounts of minerals and vitamins.

Should the country not want to eat ground provisions, National Flour Mills (NFM) CEO, Kelvin Mahabir said flour will be available for up to August based on storage and well beyond based on international agreements. Mahabir noted that last Monday the G20 heads met virtually and agreed not to impose any tariffs or stop exportation on basic food commodities. With the US being a member and New Orleans a major supplier of TT grains, the assurance is comforting.

“What we have noticed was that in the last three to four weeks there was a sharp increase in flour purchases due to people bulk buying.” Mahabir said based on the developing pattern and understanding the global landscape, raw materials for flour production was purchased in March.

NFM with the grains in stock and adding the shipment set to arrive next month, there is enough grain to last until August. He added that should the US renege on G20 agreement there are back-up suppliers waiting to fill the gap.

“We have been able to improve production and reduce wastage” Mahabir said, while maintaining that the price of flour has not been increased since 2008. Part of the company’s post covid19 plan, he added, is to invest in local agriculture.

Immediate past president of the TT Manufacturing Association and CEO of Vemco, Christopher Alcazar, said for Vemco, the fear of food shortage, is non-existent. Part of Vemco’s catalogue include the Swiss brand items and imports Quaker Oats, Kerrygold brand items and Gatorade.

On the issue of importation, he said, there has been a delay in orders but that has not hampered their ability to meet local demands. Some delays have been suppliers not able to source containers to ship goods to TT and other delays are that factories have been negatively impacted by covid19.

“On the manufacturing side, our factories do have a lot of capacity, they have been running and they have not been negatively impacted to the point worth mentioning. From the manufacturing standpoint, we feel very confident that we have already been able to react to the initial surge in demand and we do not see any shortages going forward.

Alcazar said many of the raw materials used to produce their goods are sourced locally and only those that cannot be sourced in TT are imported. He added that for the local material there has not been any indication of shortages now or in the foreseeable future. The only hiccup they have is foreign exchange access. While current measures are helpful, there are still some challenges in accessing foreign exchange.

“About 80 per cent of the products we sell I have seen varying degrees of increase in sales. Pastas is huge, frozen vegetables, soups, teas, coffees, you name it. Some have increased by 20 per cent and others 100 per cent. Starting from breakfast to dinners there is huge surges in consumption. We are just doing our part to ensure that there are no empty shelves out there and people can get what they need.”

According to the Pan American Health Organization (PAHO), food security in a community exists when all people at all times have both physical and economic access to sufficient food to meet their dietary needs for productive and healthy lives. Food availability, PAHO says is where there is enough food physically present for the entire population. Food access is the ability to obtain the food while food utilisation refers to the way people’s bodies are able to use the food they eat.

Last year TT spent over $5 billion on food imports with over a billion in fruits and vegetables alone.

Debysingh-Persad hopes that with the current trend seen now where farmers are connecting directly with consumers, the import bill will be reduced and farmers benefit from that $1.1 billion payout.

“One of the positive things that has come out of this pandemic is farmers being able to directly connect with the end users. Where we are seeing a reduction in foreign goods coming in, the gap is being filled by local fruits and vegetables. I trust that in this time where eating habits would have changed, the country would have seen the benefits of eating local and appreciated growing their own foods and these changes will continue so there will be a continued demand for local food.” 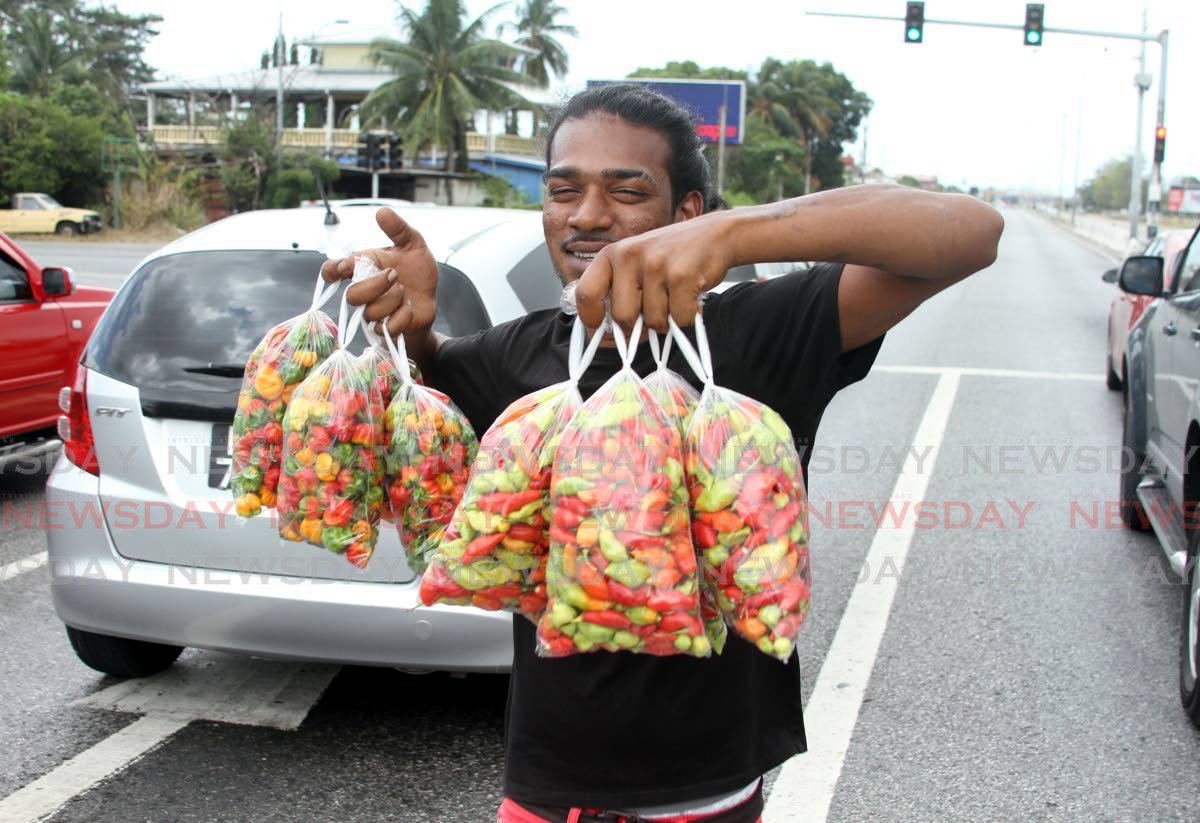