Among several works published by St Lucian writers in 2019 – poetry, novels, history, biographies, memoirs – one of the most unique and moving was My Father is No Longer There (Jako Books, 2019) by Anderson Reynolds.

Reynolds has published two novels: Death by Fire (2001) and The Stall Keeper (2017), and one work of non-fiction, The Struggle for Survival (2005). He co-edited the short-lived literary magazine The Jako, manages Jako Productions, and has published his books and those of a number of Vieux Fort-based writers under his imprint, Jako Books.

An economist by training, he also manages musical groups out of Vieux Fort.

My Father is No Longer There is a multi-layered text consisting of biography, autobiography, social history (covering farming, education, religion of rural St Lucia), memoir and confessional essay.

The 215-page volume is occasioned by the accidental death of his father. “On the wet morning of June 6, 2002, a car driven by a twenty-four-year-old motorist spun out of control, ricocheted off another vehicle and plunged into my seventy-eight-year-old dad, who was on his regular morning walk alongside St Jude’s Highway, on the outskirts of Vieux Fort, a town at the southernmost tip of St Lucia.”

The book and frank exposition which follow are rooted firmly in that opening sentence. The absurd accident, the Kafka-esque response of the insurance company, the coroner’s inquest, reaction of the family of the young driver, the writer’s bewilderment, lead into a searching examination of the meaning of his father’s life, his family experiences, their background in rural St Lucia, Reynolds’ becoming a writer.

The prose style and in particular the sections about his father are excellent. A simple unadorned voice in which the strength of the first-person narrative, its emotional power (tempered by an objective searching out of what his family have experienced), provide a driving movement throughout the book that holds the reader’s interest.

The parallel narration of family life, school and education, church and Seventh-Day Adventism, rural agriculture, are structured along and around the meditation on his father’s life and seemingly senseless death.

Yet, at the end, having set out in great detail the biography of his father, he can still ask, from a deep, uncomprehending, questioning place, “But who was my father?” A profound, existential question that applies, beyond the dead St Brice Reynolds, to us all.

This is an absorbing interweaving of biography and autobiography against the background of a social history of the southern communities of Vieux Fort. There may be others but I can’t think now of a book that covers this area of St Lucian life in the way Reynolds does.

He credits Toni Morrison and Derek Walcott for inspiration as he entered the writing life. I think I discerned the influence also of Jamaica Kincaid, especially when he read, very well, at his Castries book launch.

Reynolds has given an incredibly detailed, closely observed account of his father’s life and the life of his family, including his own. Descriptions of farming (with a fascinating description of beekeeping,) school, religion provide a valuable record of the community he grew up in.

In a chapter titled A Rendezvous with Death, he also probes, with a frank, confessional style, his reaction to his father’s sudden death, the old man now reduced to “a useless paper doll with dirt in his eyes, nose, and mouth.” His drive from Castries to Vieux Fort after he receives news of the accident, provides an opportunity to reflect on the island’s history, the immediate effect of sudden death of a parent and the way other people bring their own feelings to bear on the death of others.

An illustrative addition adds poignancy to the memoir: a greyscale photograph of his father is placed at the beginning of each chapter, and becomes clearer with each placing until at the end, the photo is the clearest. An interesting symbolic support which still leaves the urgent question, “Who was my father” open, and, possibly, unanswerable. How much can memoir or biography really reveal about a life?

This may well be the best literary work of Anderson Reynolds. It adds to the rich literary heritage of St Lucia, and indeed the Caribbean, with our shared cultures and histories.

John Robert Lee is a St Lucian writer and editor. His latest collection of poetry, Pierrot, is published by Peepal Tree Press, 2020. 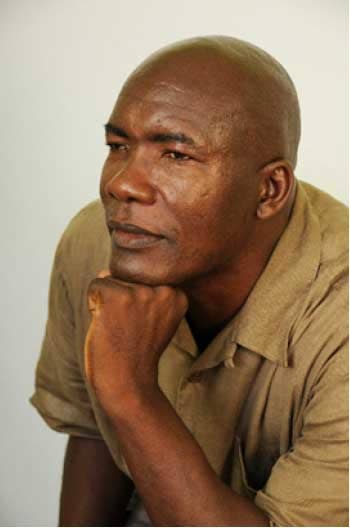