TT RED Force announced themselves to the world of T20 cricket in the late 2000s, when they finished runners-up to Guyana in the 2006 Stanford 20/20 tournament in Antigua, and followed up with a nine-wicket victory in the 2008 final.

As regional champs, the Red Force competed in the inaugural Champions League Twenty20 tournament (2009) in India, but they were beaten by New South Wales of Australia, by 41 runs, in the title decider.

On Tuesday, in separate interviews, Colin Borde, manager of the 2009 squad, and captain Daren Ganga reminisced on the Red Force’s campaign at the Champions League.

How was the preparation like, going into the tournament?

Borde: “We had started preparation in May of 2009. We did not know that we would be called to Champions League at that time but we wanted to train differently. We started with spin classes which was a first, followed by kayaking. It was all geared to bringing the team together as one full unit of 35 or so players.

We then worked (on) fitness levels in June and July, really in preparation for the 50-over tournament. When the call came for Champions League, we were well on our way as a group. We did not have huge resources but what we did have was a burning desire to elevate ourselves as a unit in all departments.”

Ganga: “It was very thorough, purely on the fact that we had so much confidence coming out of the Stanford tournament, being champions in that particular year and, in the preceding year we were runners-up. We lost (that) final against Guyana. Those two opportunities would have given us a chance to set proper benchmarks for us on all aspects of the game.

At the same time, globally, the T20 format was now being introduced, so we had a little bit of statistical data to see what was happening. I was very confident as a captain that we had done what was necessary for us to be in a position to contest for the title in that Champions League.”

How influential were the roles played by coach Kelvin Williams and the captain?

Borde: “Kelvin Williams’ strength has always been in his ability to work one-on-one with the players. It was evident from early that this attention to their needs would give them the trust in his guidance.

Ganga’s in-depth approach to preparing the team was also important as the captain and leader. For a young player, who was still learning management skills, he equipped himself well. The leadership extended to many players in the group which became the hallmark of the team.”

Ganga (on his role with Williams): “Kelvin has always been very business-like in (how) he has gone about his role as coach. He did work closely in hand with myself and some of the other senior players. We had good communication and dialogue, and alignment, strategically with the selectors. That allowed us to be on the same page, when it came to the strategic direction that we wanted to take the team at.

“From an operational view as well, we basically aligned on every single aspect, which was good. That, in itself, was a confidence-booster for me as captain. What we did was empower all the players in the team to want to achieve better, in terms of their personal performance and that of the team. We were able to motivate everyone to do what was necessary to perform eventually in that tournament.”

Besides Ganga, Dwayne Bravo, Ravi Rampaul, Denesh Ramdin, Dave Mohammed and Lendl Simmons were the established players in the squad, how key were their performances in the team?

Borde: “Dwayne Bravo was the only player who had played in the first year of the IPL and so was familiar with Indian conditions as well as the pressure of huge crowds and the hype. His calmness on the field played a huge part alongside Ganga’s astute captaincy. Rampaul, Ramdin and Simmons along with the effervescent Mohammed were the backbone of this team. They all approached this tournament fearlessly, which really encapsulated the confidence of this band of brothers.

Ganga: “It was to just go out and enjoy playing the game because we had already trained to establish benchmarks. We knew that together we were more powerful than as individuals and we respected each other, which was very important. One of the things that worked for us as a team was the fact that we were able to clarify a role for every single player, so players were not in a quandary in terms of what was required by them. That is what we did.

We were able to get the best out of all the players. At the last hurdle, we weren’t able to get (past) New South Wales but, throughout the entire tournament, we played quality and exciting cricket.”

Any mention of the younger brigade, who went on to blossom, like Kieron Pollard, Narine and Darren Bravo? –

Borde: “Pollard, what a coming-out party! I remember after he smashed New South Wales all over the park at Hyderabad, we were at an after-game function for the teams. Andrew Symonds, known at that time for being the ‘Tyson’ of cricket, walked up to him and play-punched him in the stomach. He returned the favour to Symonds. It was evident that Symonds had already recognised that a new prize fighter had arrived.

As for Darren Bravo, his skill level and quick appreciation for a big stage was already strong. We knew his international career would be something to be proud of. Sunil, unfortunately, when he was about to debut, fell ill and was quarantined by team doctor Ali. He did not get to play but his career, to date, is now well known.”

Ganga: “Narine didn’t really play in that particular tournament. He played in the tournament that followed. He was able to gain invaluable experience. Bravo, on the other hand, was someone who shared responsibility and scored runs alongside Adrian Barath. Competition was always healthy, in and around team members, and this is what we tried to create. It brought the best out of everyone and encouraged us to play better cricket, collectively.”

The Red Force campaign was the springboard for TT’s dominance in the regional T20 circuit, any thoughts on that? –

Borde: “Previously, we had won (the) Stanford in 2008. We won the Super50 that year as well, so we were getting better with each passing season. By 2009, the team had gotten to understand, as a group, how we would approach training, games and off-field matters. They were growing up from boys to men, and doing it together. It was not always smooth-sailing but the one thing that I admire most about that group of players was their ability to leave life’s issues outside when they went onto the field.

“Special mention must be given to the support staff as well as the (TT) Cricket Board who, at that time, had very little resources but also dreamt of doing special things with this special team. To dominate for an extensive period, in spite of challenges off the field, requires a single-minded purpose as a group. The captain must get kudos for he was learning. We all were.”

Ganga: “What it did is that it re-established West Indies cricket as an attractive brand globally. It was a Champions League tournament that, pretty much, mirrored the IPL. The mere fact that we were able to defeat teams like Deccan Chargers and Chennai Super Kings, that really made a lot of people stand up and take notice of the quality of the team.

“It was good. It ushered in a new era for our West Indian players, in this format of the game. It only did good things for West Indian cricket. We did justice to our talents as players and we represented West Indian cricket in the best possible manner. The players, from that said year and in years to come, were beneficiaries of that effort in 2009.”

The final against New South Wales, how was that experience?

Borde: “We beat them earlier in the tournament, and had a few games to get to the final. After that game, Brett Lee came to the dressing room bearing gifts – two cases of beers. All smiles! (He) said to the team a hearty congrats and well-played, that we should be proud of our achievements, and that we would meet in the final. He then left.

Ironically, he was instrumental in NSW winning on the biggest stage of T20 cricket. We made some fundamental mistakes and lost key moments in that final. Inexperience played a part in it, but its sport and its all a learning experience. We all (learnt) a lot from that tournament and are still so proud to have brought smiles to, not only TT cricket, but West Indians all over the globe. We knew that we were flying a flag for all.

That time proved that, with support and brief, young people and the older ones like myself, can still dream big and, together, with hard work as a team, achieve almost anything.”

Ganga: “We dominated that game up until the point of Brett Lee coming in to bat. The difference between this version of the game and other formats is the fact that you don’t have the time to recover. He was able to get them to a respectable total. That momentum led to them being sharper as a unit. I was disappointed but that is how that format of the game is. New South Wales proved to be the team that held their nerves better in that final.” 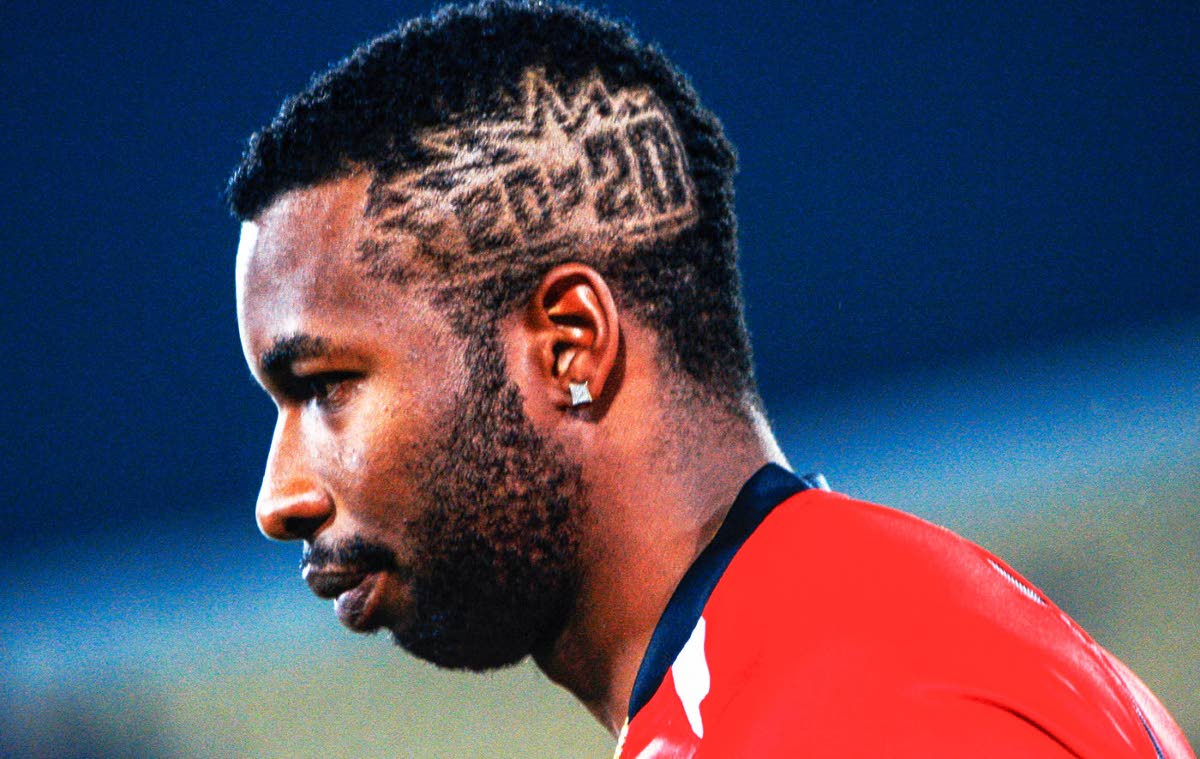 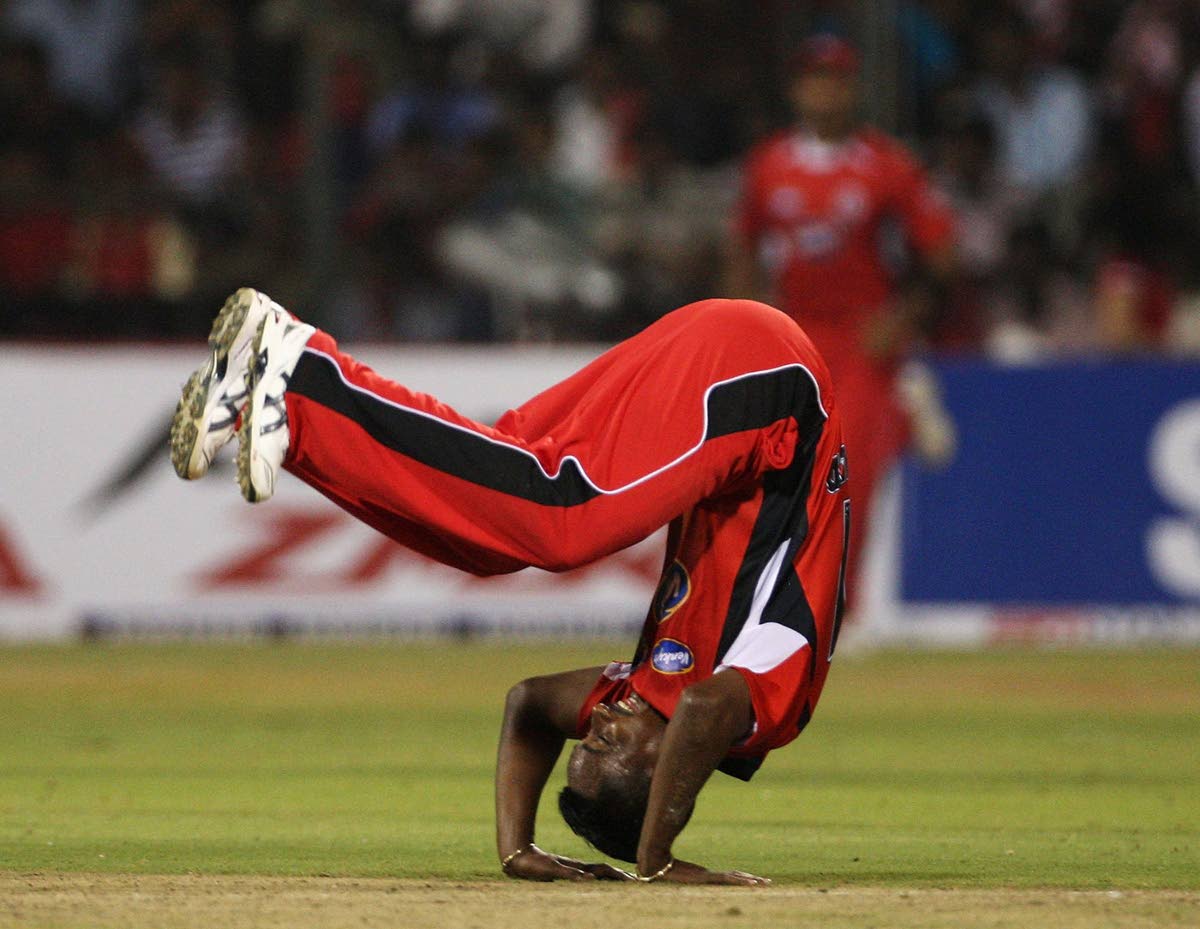 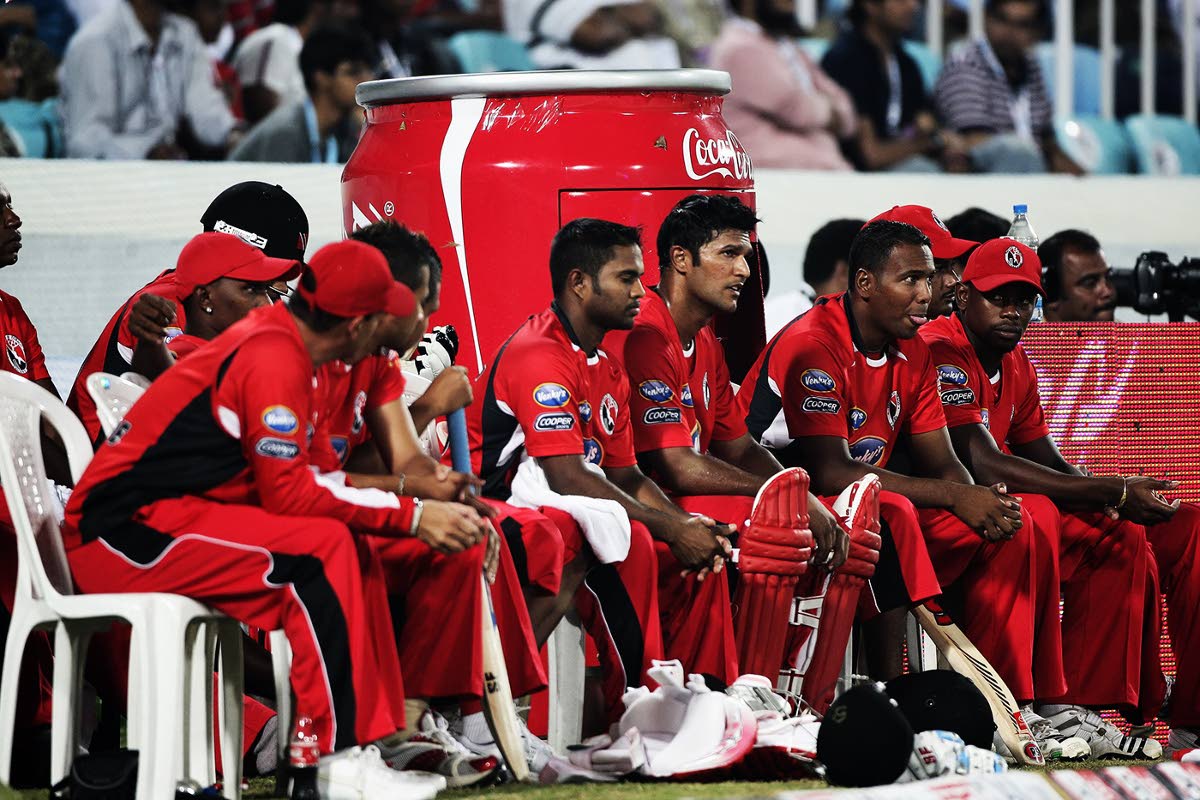