it is not enough

it is not enough to be free of the red, white and blue

it is not enough

it is not enough to be free of the whips, principalities and powers

where is your kingdom of the Word?

If you can believe it, in high school I found it difficult to engage with poetry; it just seemed rather boring. I did respond however to the poetry of a few writers – Eintou Springer, former Poet Laureate of Port of Spain; Martin Carter from Guyana (who she introduced me to) and a few non-regional writers such as Irish poet William Yeats.

Kamau Brathwaite from Barbados was another poet who captured my imagination. Perhaps because he was obsessed with re-discovering his voice separate from western influences. Perhaps because his rhythm was strident, confident and boldly, unashamedly Caribbean.

And undoubtedly, because like other post-colonial writers of his generation, he was so clear about the need for us to redefine our identity. For Brathwaite, the rhythm of our Caribbean language is what distinguishes us, so he coined the phrase ‘nation language.’

This terminology emerged as the result of a long and intense period of introspection and self-discovery. Brathwaite was acutely aware of the negative effects of the artificial separation of the Caribbean by Europe. In a 1991 interview, he reminded that indigenous people travelled freely across our waters before we were invaded and divided up by foreign powers.

He gives the ridiculous example of how difficult it became to travel from St. Lucia to Martinique, about 50 miles apart; about the same distance that separates Trinidad and Tobago. He pointed out that one option was either to take an English ocean liner to London, then a French liner back to Martinique or by flying to Barbados first, then to Martinique.

Separation of the region thus became a physical challenge, in addition to the divisions already created by language and culture. Calypsonians and other artists have highlighted the damage done by the colonial education system to our Caribbean psyche. As Brathwaite said “...instead of developing a sense of ourselves, we developed a false sense of Europe.”

He highlighted the foreign nature of the rhythm of the languages that was imposed on Caribbean people. For instance the works of William Shakespeare, albeit beautiful as they are - “How do I love thee?/Let me count the ways/I love thee to the depth and breadth and height my soul can reach.

Brathwaite’s further education was at Cambridge University in the United Kingdom. He then worked in the Education Ministry of Ghana; Ghana was at that time still called the Gold Coast until it achieved independence in 1957. Not surprisingly, Ghana helped him find his rhythm, his Caribbean voice.

The 1970s were a pivotal time for him as well. Inspired by civil rights movements, Black Power and the euphoria of countries attaining independence from the British Empire, he took the name Kamau. His poetry began to reach into calypso, pan, jazz and the movement of the ocean around our islands. “How you, Eveie chile?/You tek dat Miraculous Bush fuh de trouble you tell me ‘bout?”

Increasingly, he articulated his philosophy of nation language. When he went to teach in Jamaica, he started a publication called Savacou clarifying his ideas. However, Brathwaite was ahead of his time.

So, although in 2020 it is practically expected that writers should be comfortable with their own rhythm, at that time his insistence on a Caribbean rhythm in language was considered by some an affront to excellence in literature, represented of course by works that were European in origin.

Kamau Brathwaite was the winner of numerous awards for his scholarship. His work exposed the schism experienced by many Caribbean people between pride and self-loathing, remnants of a history tainted by enslavement, indentureship and colonialism. For me, I am grateful that Brathwaite persevered, as I am now comfortable writing poetry, in my own voice.

He was a quiet warrior, so I will go out fighting with him, “...fling me the stone/that will confound the void/find me the rage/and I will raze the colony/fill me with words/and I will blind your God.” Rest in peace talented soul.

Dara E. Healy is a performance artist, communications specialist and founder of the NGO, the Indigenous Creative Arts Network – ICAN. 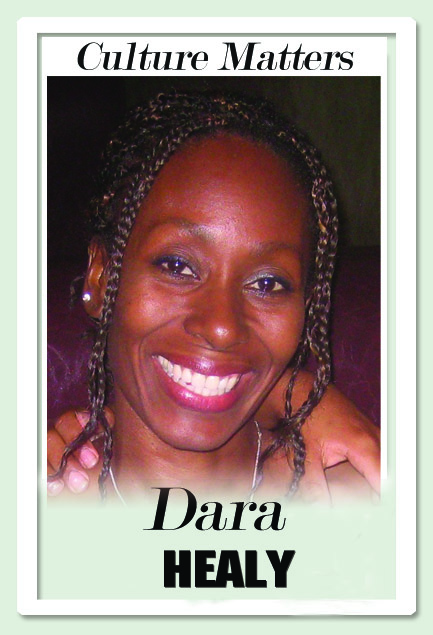