“Why, God? Why?” This was the question Sheriff Mohammed continued to ask at the funeral of his seven-year-old son Shazard Mohammed, who died after choking on pholourie.

While eating, the child began to choke.

His mother tried to retrieve the piece of food but to no avail. Eventually, Shazard spat it out, but, his mother said, he began to turn blue.

An ambulance took Shazard to the Siparia health facility. But he was declared dead just after 4 pm.

When Newsday visited the family on Tuesday, they said the ambulance took almost an hour to arrive. They believe Shazard could still have been alive had the emergency services arrived in time.

The funeral was held at the family’s Penal home on Thursday afternoon. Friends, family members, classmates and teachers attended.

As the child’s casket was being taken out of the hearse, Sheriff was heard crying out, “Why? I only have one son.

“Who I supposed to play with now? Yuh gone, popo.”

The grieving father repeated these phrases throughout the service.

The father of one of Shazard’s standard one classmates told Newsday his daughter went into shock after she heard the news.

Shazard’s cousin Priya Shyam delivered an emotional eulogy, reminiscing about the time they had spent together.

“He brought so much joy and laughter to all those who came in contact with him. He was the most loving, caring and of course the most brilliant child.”

She said he loved to dance and his favourite song was Gunga Ghana by Ravi B and Dubraj Persad.

He said it is always a difficult time for parents who lose their child, but assured them the child’s soul is now in a safe place.

At the funeral was a picture of Shazard signed by his friends and family. All the guests were also allowed to add their signatures. 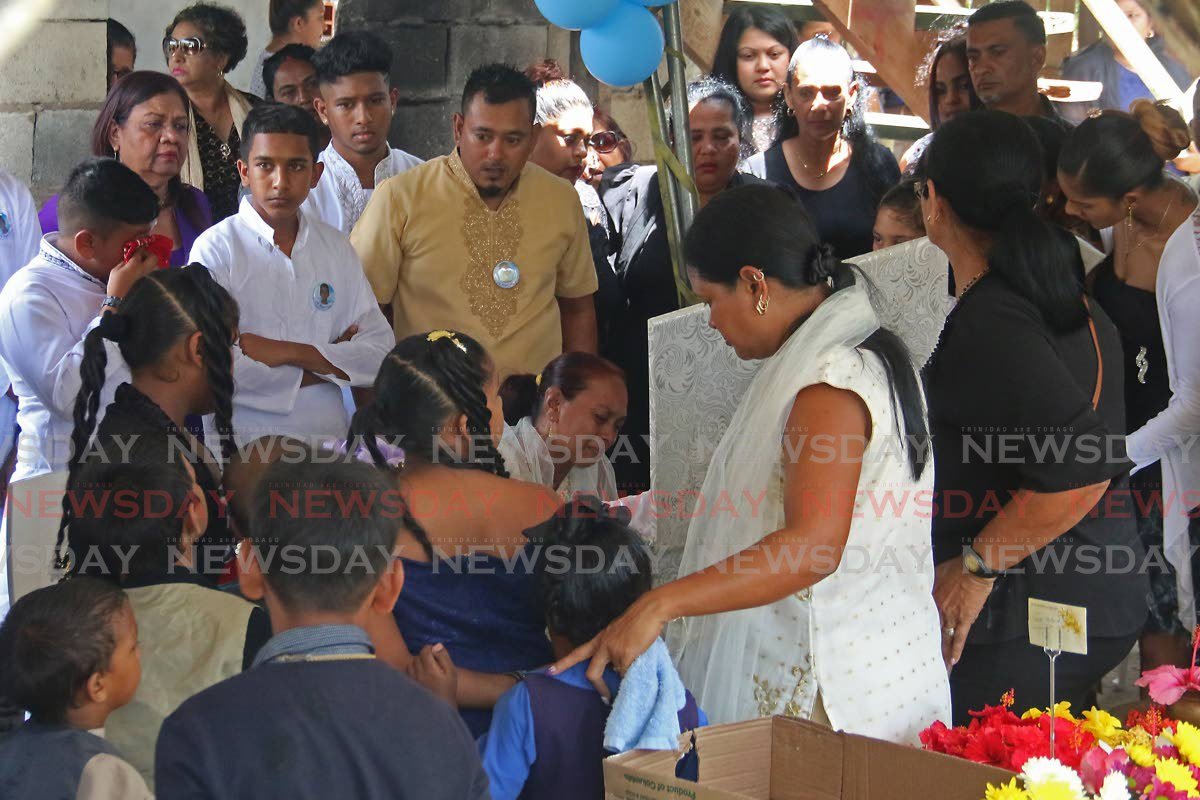 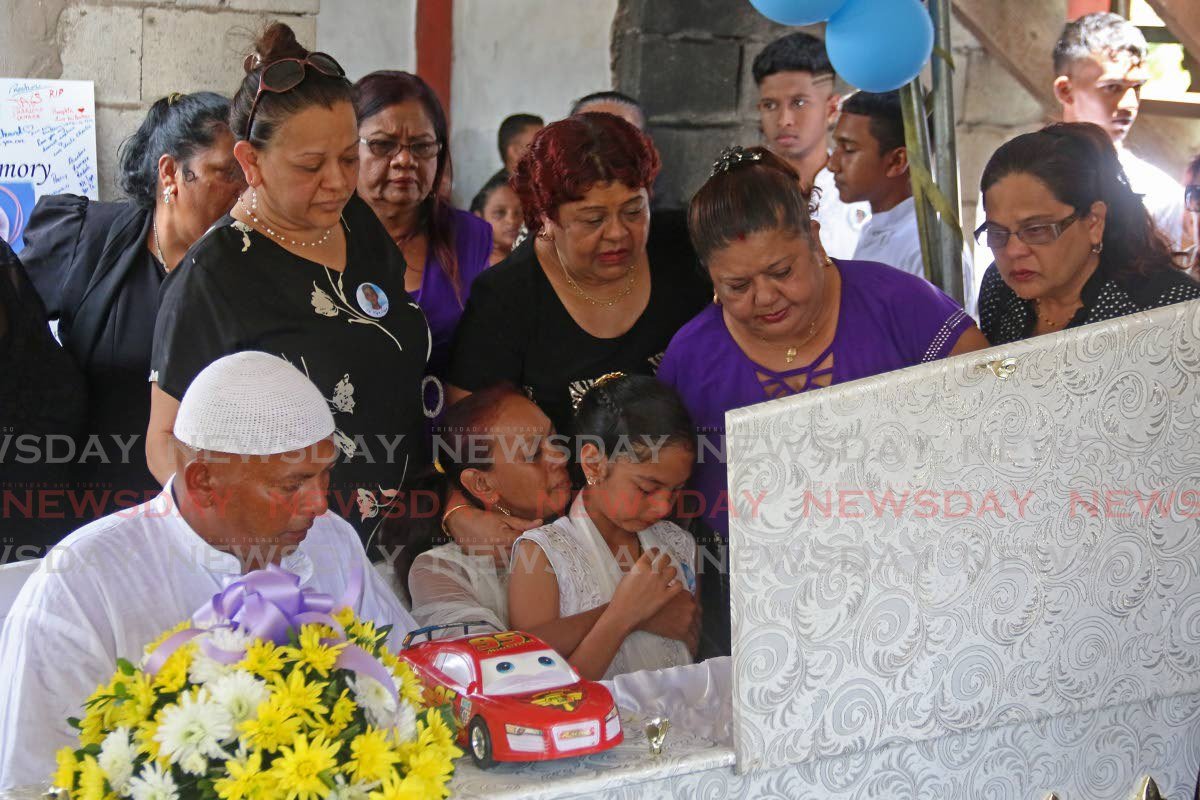