STARBUCKS TT, as part of the Prestige Holdings Group, has stepped in with the police service's I Support Our Service (ISOS) initiative by providing freshly brewed coffee and pastries to officers in six geographic areas across Trinidad.

A media release said Starbucks knows police teams were working around the clock and were out in full force to keep the public and masqueraders safe.

"To help keep the police offers going 24/7 Starbucks has been donating freshly brewed coffee and pastries to officers in six geographic areas across Trinidad.

"The selection was limited to areas closest to their locations and there are plans to broaden this initiative in due course as coffee and food items needed to reach the officers as fresh as possible," the release said.

It added that police teams collected their packages at intervals during the Carnival days from Starbucks' locations at SouthPark, Gulf City Mall, Trincity Plaza, Munroe Road, Endevour and MovieTowne, Port of Spain. 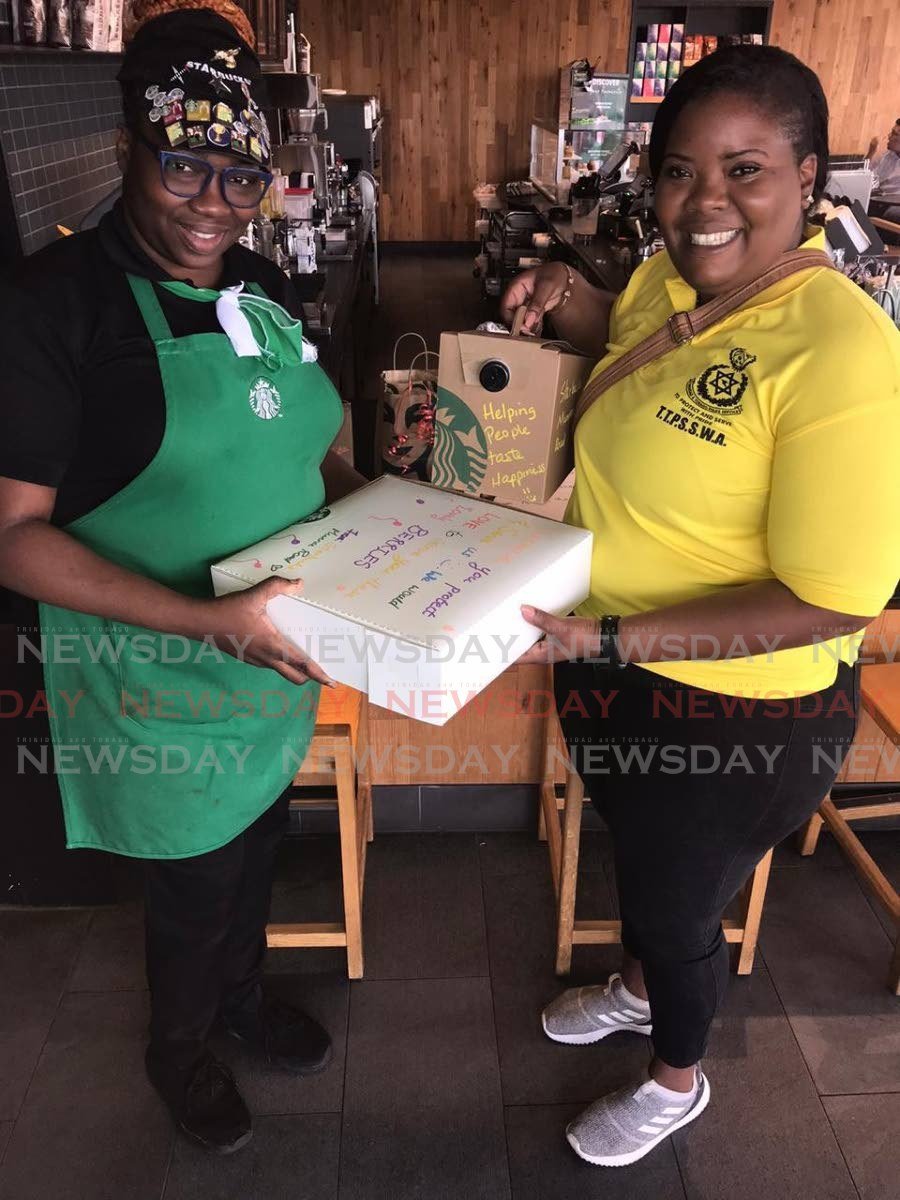