CHIEF JUSTICE Ivor Archie has instructed judges and other judicial officers to “cease immediately” the berating of other members of the judiciary.

“The practice of hauling a person into court and berating them in front of the public or junior staff demonstrates a lack of judicial temperament and must cease immediately,” Archie said in a memo sent to judges last week.

In it, he said he noticed a deterioration in the tone of communication between some judges, judicial officers and other members of the judiciary family.

He reminded that Registrars, both of the Supreme Court and the Magistracy, the Court Executive Administrator and the administrative secretary to the Chief Justice are judicial officers and administrative staff, regardless of rank or role, were entitled to be treated with courtesy and respect.

“It is imperative that appropriate organisational behaviour is maintained,” Archie instructed, also reminding them that there were employee assistance programmes available for those “who have difficulty in managing the inevitable tensions that may arise in a stressful work environment.”

One judge responded to the CJ’s memo and in it Justice Carol Gobin said she suspected the reprimand was directed at her since it was issued on the heels of a confrontation between herself and a member of staff at the Family Court in Tobago.

She related an issue pertaining to the granting of a divorce decree and admitted she told the staff member “in strong and firm language” it was improper for her to give instructions about how she should conduct her cases.

“It was outrageous that she could presume to interfere in with my judicial work,” Gobin said in her response which was copied to all judges.

“I do not agree that this demonstrated a lack of judicial temperament. On the contrary, it was a necessary response, in the face of yet another attack on my office.

“This was the second time in less than a month that I had to defend my judicial office from direct unlawful interference...” she said.

She also spoke of other situations in which her team members in Tobago were given instructions not to send out e-mails on her behalf or calling parties in cases.

Gobin said she made a formal complaint to the Judicial and Legal Service Commission, and reserved her right to take any further action.

To the Chief Justice, the outspoken judge said, “Chief Justice, the conversation I had was not at all a difficult one for me. The occasion did not call for restraint. I stood in fierce defence of my judicial office,” she said, telling him that there appeared to be a calculated move to deprive her of her independence. 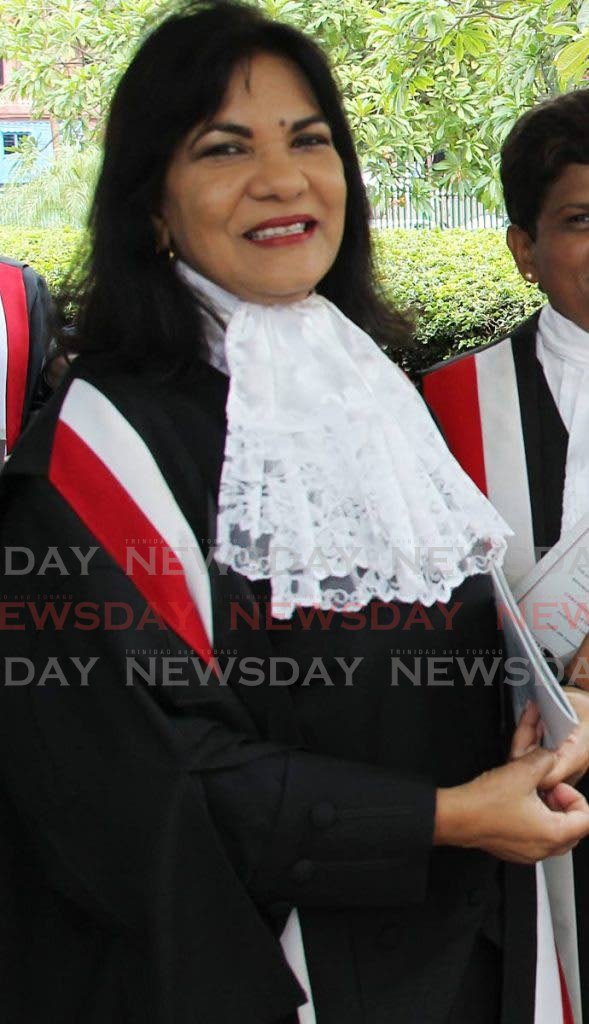