In each Caribbean island there is a name that is synonymous with its brand of soca and calypso. Think Barbados: Alison Hinds, Krosfyah and Red Plastic Bag come to mind. Think Montserrat: you get Arrow. Think St Lucia – and now there is Motto.

The 25-year-old Lashley “Motto” Winter is among the new crop of regional artistes who have been stamping their names on TT’s Carnival and beyond.

The producer/writer/soca singer has created many memorable hits, on the mic or behind it.

Man With Ride; Toat No Feelings; Shots; Break A Branch with Bunji Garlin and Bam Bam Grr with Marzville are his 2020 songs.

But he is also behind many of this year’s popular riddims like the Vice, Toating and Baila Riddim. He also produced and co-wrote Machel Montano’s 2019 Dancé.

Born and raised in Grace Vieux-Fort, St Lucia, he migrated to New York Cityand began producing music in 2009, but has only been singing professionally for the past four years.

When he first moved to New York he had dreams of becoming an Olympian and did six years of track and field at Monroe College. He then went to Barton College, North Carolina, on track and scholastic scholarships. He has an associate’s degree in information technology and a bachelor’s in mass communications.

He credits his BA in mass communications with helping him begin his career as a producer and artiste.

“It helped me enhance my production and skill set especially talking, journalism, how to write,” he said.

Recalling his start in music, Motto said, “When I went to the US I was bored in the house and I bought a little laptop and I downloaded a program called FL Studio. Fruity Loops. It is one of the beat-making programs. I learned it from just trial and error. I did not go on YouTube; I did not ask somebody to show me how to do the program. I learned it through trial and error.”

In his starting years, he would make beats and send them to St Lucia’s underground artistes (now known as Dennery Segment artistes). His beats gradually became part of hit songs in St Lucia. Between 2009 and 2012 he was only producing but then decided that he wanted to sing too.

“After that, I said let me try to sing. I tried to find myself, tried to find my voice. I was not sounding the best, at all,” he said laughing a little at the memory. “If you hear my older songs you’d be like,’What?’

“I tried the reggae, I tried the dancehall. I explored myself – and then I came through really good with a song called Bend Dong. That was on a Revolt Riddim.”

The song became a big hit in 2014 and spread to St Vincent. This is when the Motto brand became widely recognised, he said.

“People were saying, ‘Who is this Motto boy?’ ‘What is this new sound that is so infectious?’”

A remix of Bend Dong was done in 2017 with Grenadian soca artiste Hector “Mr Legz” Thomas and Vincentian soca artiste Johnny “Problem Child” Fontainne. The remix became a hit in TT in 2017. At that time, Motto also dropped the Force It Riddim, which featured Shal Marshall’s Dip.

Motto’s songs and riddims are part of the wider genre of Dennery Segment. It is a mix of Angolan Kuduro music, St Lucian drums and zouk and sung in Kwéyòl (St Lucian French Creole). It gets its name from the St Lucia fishing town where many of the town’s artistes adopted the sound.

Motto has been credited with being a major part genre’s evolution and growth. He said it dominated St Lucian airwaves from 2009-2012. St Lucian producers would replicate the beats from African songs that they liked and St Lucian artistes would place Kwéyòl lyrics and slangs on those beats.

It quickly became distinctively St Lucian. Motto developed a YouTube channel to promote the music and the riddims he created.

“I started labelling the songs St Lucian Dennery Segment...and that was a very important move. Split In D Middle (sung by St Lucian artiste, Johnnick “Freezy” Leo) ended up getting like ten or 40 million views on my channel.

In 2017 Dennery Segment was introduced to TT. The riddim featured some of TT’s prominent artistes like Patrice Roberts and was “one of the most important moments for Dennery Segment,” Motto says.

In 2018, he introduced the Pim Pim Riddim, which featured Machel Montano’s Showtime.

“That was Machel’s first time doing Dennery segment,” he said.

“The Gwada Riddim again dominated the soca market. So I hit them three times in row...All three of these riddims have the same kind of formula, Dennery Segment.”

His work helped him foster a “great relationship” with many of TT’s radio DJs.

It is these “little things” which he credits with making the Motto brand prominent in TT. Many artistes and DJs in TT push him to achieve his best because of the quality of his work and his talent, he said.

He added Montano is one of the artistes who accepted the music.

Just as he influences other musicians, Motto is also being influenced by TT’s musical style. He dedicated this year’s Toat No Feelings to TT. He was going to do the song by himself, but felt he needed a TT artiste to complete it.

“I wrote the entire song under the Toating Riddim. It also features Nadia Batson, Lyrikal, Dev and an artiste called Rae.”

Riddims are dominating the musical landscape, and he believes they are the music of the road.

“Being that our music is made for the road, riddims will always seem to be a little more important because of the road.

“The DJs want to play something that sounds uniform on the road.”

While he admitted riddims take away from the uniqueness of the music, he said having a riddim was important to the continuity on the road.

“We have been doing it for years. Jamaicans have been doing for years. If you realise most songs that we know, classic dancehall songs is from a riddim. Riddim styles or albums are something that has been big in the Caribbean for the last 25, 30 or 50 years.”

Motto still has one singular mission: to push Dennery Segment to the world.

“Soca is an ever-growing genre. My mission is to get soca music and Dennery Segment out there.

“The only way we can do it is to introduce more hit sounds and introduce bigger artistes than the regular soca artistes to the new style or genre. So we are talking about the Drake, the Rihannas, all these American artistes – introduce them (to it) and say, ‘This is soca music from the Caribbean. Let us do something’ – and jump on it.” 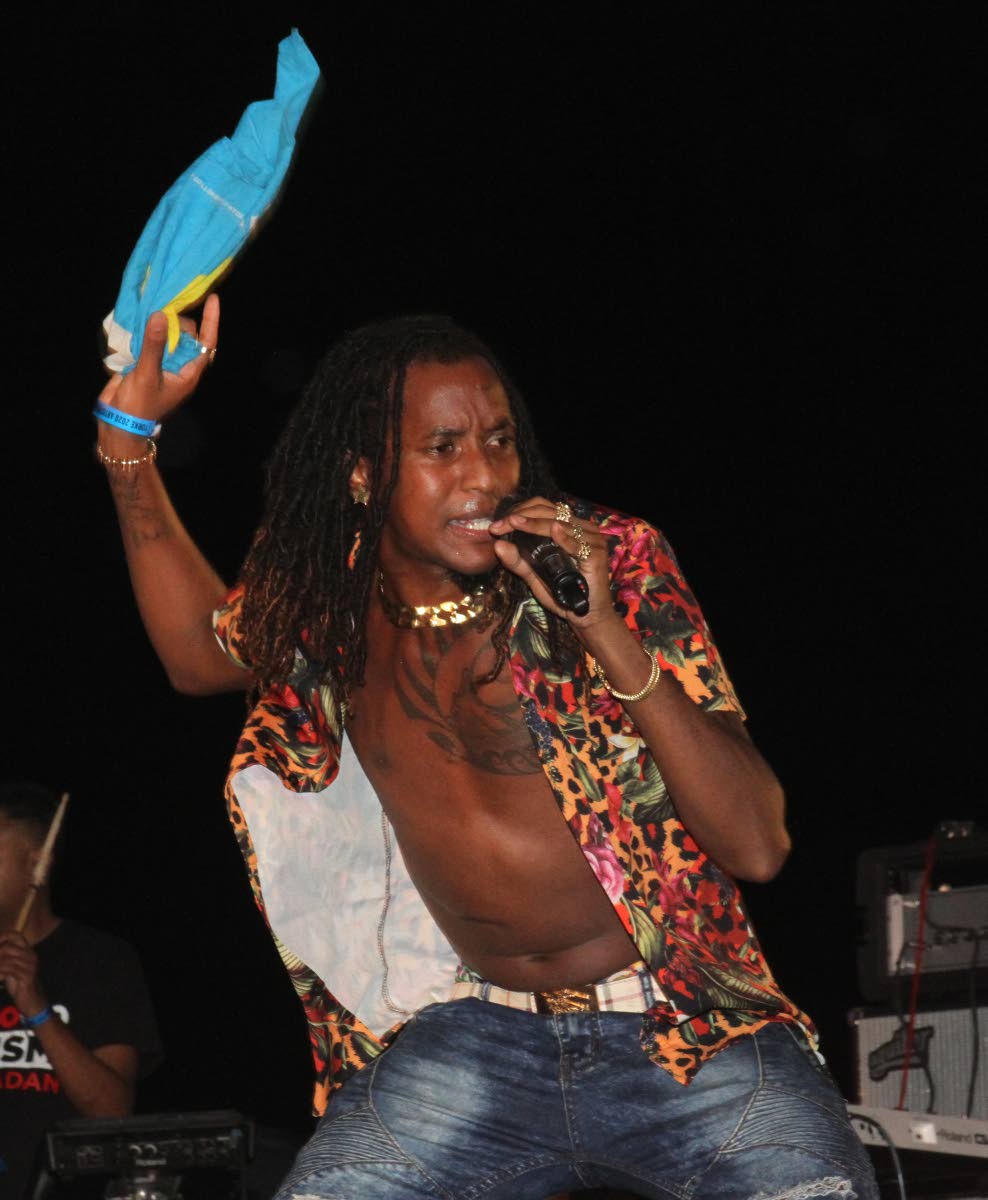