He added he did know if it was to find a way forward or for the team to express their concerns.

On Saturday, Mr Killa announced via social media that he would no longer be defending his crown because he and his team were “deprived of the details and tools” necessary for him to properly prepare for his performance.

On Monday, in a video on YouTube, Mr Killa said he also had problems last year but that former ISM chairman, Fay Ann Lyons-Alvarez and her team “made it their duty to iron out those problems quickly.

“You could have picked up your phone and called anybody at any time. There was a whole team in place, waiting to hear your problems and concerns and deal with that immediately,” he said in the video.

He added he had been competing for over 20 years and every time he competed he gave 100 per cent. He added Baptiste was not his problem.

Mr Killa said he wanted to give the people “full hundred.”

“If I did that last year, then this year I want to do more...If I give you all that last year, you don’t think my fans deserve and I as the Soca Monarch champion deserve to give the people everything?”

Mr Killa also said in the video that when his team called Baptiste, dimensions of the stage among other matters could not be answered. He also expressed concerns about the length of time to prepare for the competition.

A Sunday Newsday report also quoted Mr Killa saying “I have not received any of the courtesies or protocol one would expect to be extended to the current titleholder.”

Baptiste said in the competition’s 23 year existence there have been no protocols set in place for the previous winners or sitting monarchs.

“This is not like if someone in the past won and we extended certain courtesies to that person. It was just never part of our protocol,” he said.

He added that people within the organisation and those who participated in the event were aware of that.

Asked about the lack of preparation, Baptiste said, “Since 2000, I have had nearly a dozen acts that I have either worked with or collaborated with enter Soca Monarch. During that time period, information has always been something that usually comes within that last week prior to the event.

“It is not something that was readily available. We are trying to address that way in advance.”

He said an advisory meeting was held on Monday night with all of the artistes giving them a clear two-week window to know everything that was happening and ask technical staff about various areas – from sound to light to television, choreography, fireworks and everything.

Baptiste said he received a call on February 4 from Mr Killa’s team and questions were raised about “where was the venue, the size of the stage, who the sound company was?”

Baptiste said he addressed all of the concerns to the “best of his ability.”

He added that all of the questions were answered and at the end of the conversation he made sure to ask if everyone was clear on it.

Baptiste said everyone was fine in terms of moving forward and agreed they were good to go.

“They asked if they could meet again just to get more understanding of certain components. I said not a problem just let me know day and time.”

Baptiste said the team agreed to meet on February 9. He added he then received a call on February 8 from Mr Killa’s manager Brad Hemmings who revealed there were other issues apart from what happened with ISM courtesies and that was why Mr Killa and his team were pulling out of the competition.

“I said this obviously has me somewhat...I can’t remember the exact words...distressed, I guess. And I thought it was unfortunate and that I asked if there was anything we could do because I was confused because I know we already had I meeting set up. I could not understand why this was even an issue.”

Baptiste said when the release was shared there was not one statement in there that reflected the other issues that were brought up with him.

Baptiste said if there were issues that could be resolved the ISM organisers were willing to have the necessary conversation.

He added the ball was now in Mr Killa and his team’s court.

When contacted, former groovy soca monarch Olatunji Yearwood, who is also a finalist in this year’s competition, said he was never given any special courtesies when he had to defend his crown.

“Everybody in competition is supposed to get the same and equal amount of courtesies I think.”

He said Mr Killa is a good friend of his and they enjoyed seeing each other perform.

Olatunji said while he would miss the type of vibe Mr Killa brings to the stage it was “like one of the horses out of the competition for me so I see a stronger way for me to get in there.” 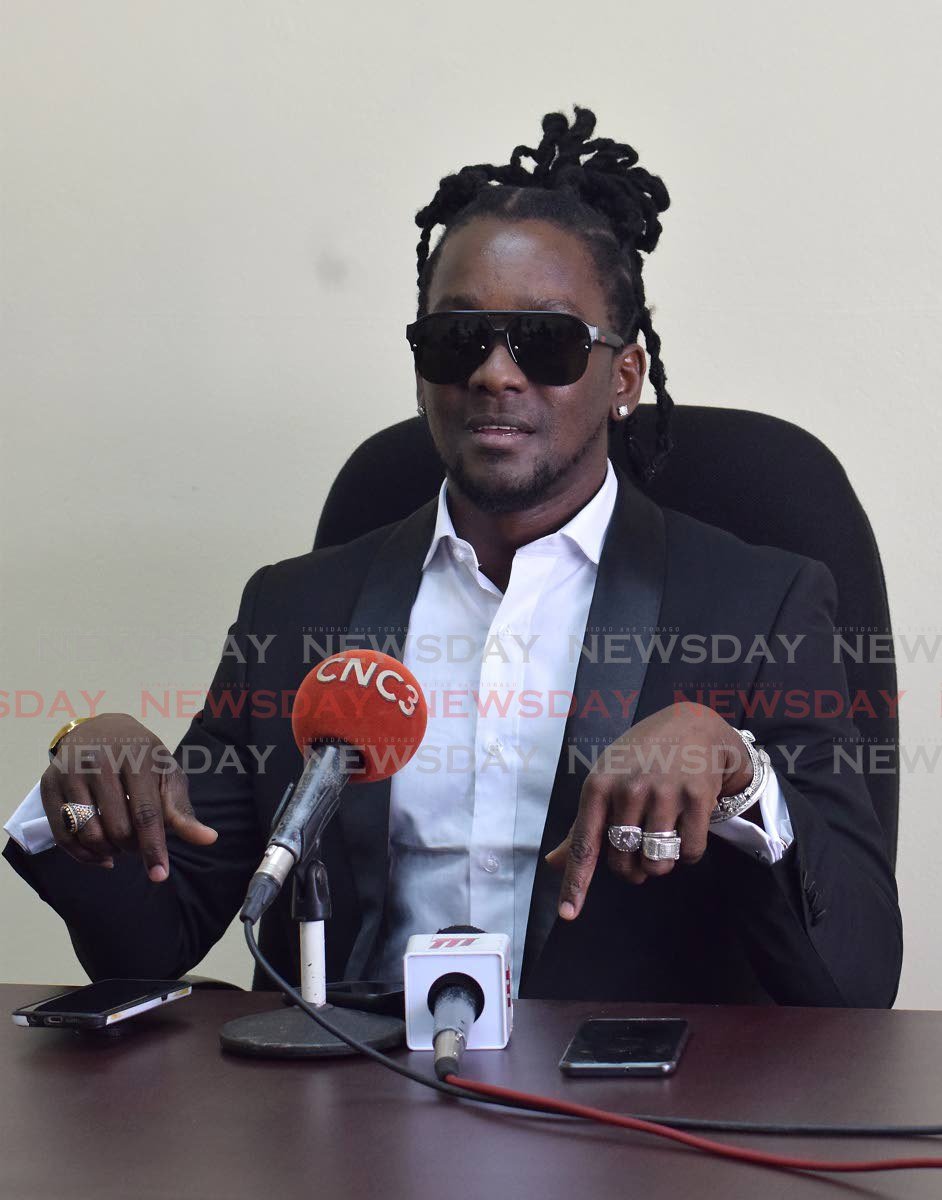