Newsday, for the second consecutive year, will be highlighting the top performances in the PowerGen Secondary Schools Cricket League (SSCL) 50-over Premiership Division. Each week a player will be selected as Newsday’s star of the week and profiled.

The bowlers continue to dominate the award as left-arm medium pacer Chris Sadanan grabbed a five-wicket haul to help St Benedict’s College defeat Presentation College, San Fernando by one wicket in round two, on Tuesday.

Sadanan, who grabbed two wickets in round one, spoke with Newsday on Wednesday about his match winning effort. Readers can look out for the star of the week every Friday.

1) What did you change in your bowling for round two?

Sadanan: Yesterday (Tuesday), I bowled a tighter and consistent line and length and I did not bowl as much extras as before so, I had the batsmen thinking. The coach taught me how to swing the ball the other side as well, so that helped me pick up three of the five wickets.

2) What do you think of St Benedict’s chances this season?

Although we lost some key players, the other players in the team are stepping up. We have a good coach that is helping us through everything. We training three days a week.

3) Is the team motivated by former St Benedict’s players Joshua James and Mbeki Joseph, who recently represented West Indies at the Under-19 World Cup?

Just knowing that they played with us and they play with St Benedict’s, it is giving everyone confidence and motivation to know that anything is possible and we could reach that far at a point in time.

4) What do you think of the knock (42 not out) by your captain Antonio Gomez?

It was a match winning innings, he showed real maturity. We were in a real tough situation because we needed about 23 runs in the last wicket partnership.

5) What are your dreams in cricket?

6) What can St Benedict’s do better in round three next week against Naparima College?

We have to stop losing wickets so often. We have to learn to build a partnership and bat a little longer. 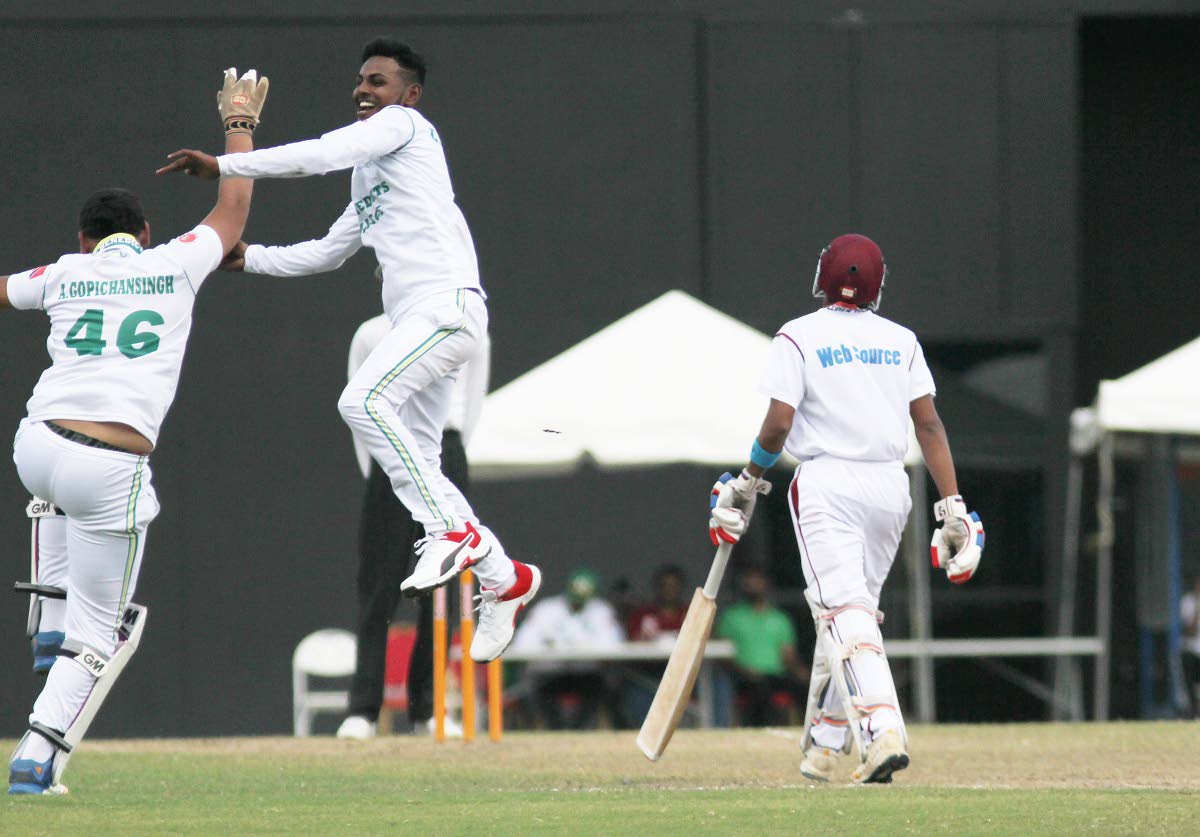