TWO men, including a Venezuelan living in TT for the last nine months, were murdered while they limed a short distance from their Farfan Street, Diego Martin, homes on Thursday.

According to police reports the two, Corey "Crime" Nickles, 39, and Venezuelan Edgar Yamil Viaje Mohammed, 22, were at the La Puerta Recreation Ground just at the end of Farfan Street when they were ambushed and shot.

The men died at the scene.

Nichols slumped over on a row of chairs while Mohammed fell to the ground. Police said the shooting took place around 3.30 pm.

While at the scene, one man was arrested by police and taken to the Four Roads Police Station for questioning.

Mohammed's mother was inconsolable screaming out "Dios Mio" as others tried to comfort her. She collapsed twice, onlookers said.

Relatives of Mohammed said he worked at the Port of Spain jetty cleaning boats and other jobs. He was described as a "good boy" by his relatives. Residents said Mohammed usually went to the scene of his murder on evenings and relax with others.

"He was in the country legally, he was at the wrong place at the wrong time," said some of his relatives in their best attempts at English.

Another relative disagreed with the wrong place at wrong time scenario saying crime was "all over Trinidad," as she cried for Mohammed.

Relatives of Nickles were too distraught to speak.

Residents said his mother lived abroad and he was involved in criminal activities but not enough to warrant his murder as it was "petty thing." His aunt and sister had to be restrained by other relatives after they attempted to get a closer view of his body.

Police chastised a woman who was seen allowing her son to take pictures of bodies on the ground. Other residents also cursed the woman telling her it was irresponsible of her to allow her child to do that.

The killing of the men pushed the murder toll to 42 for the year. 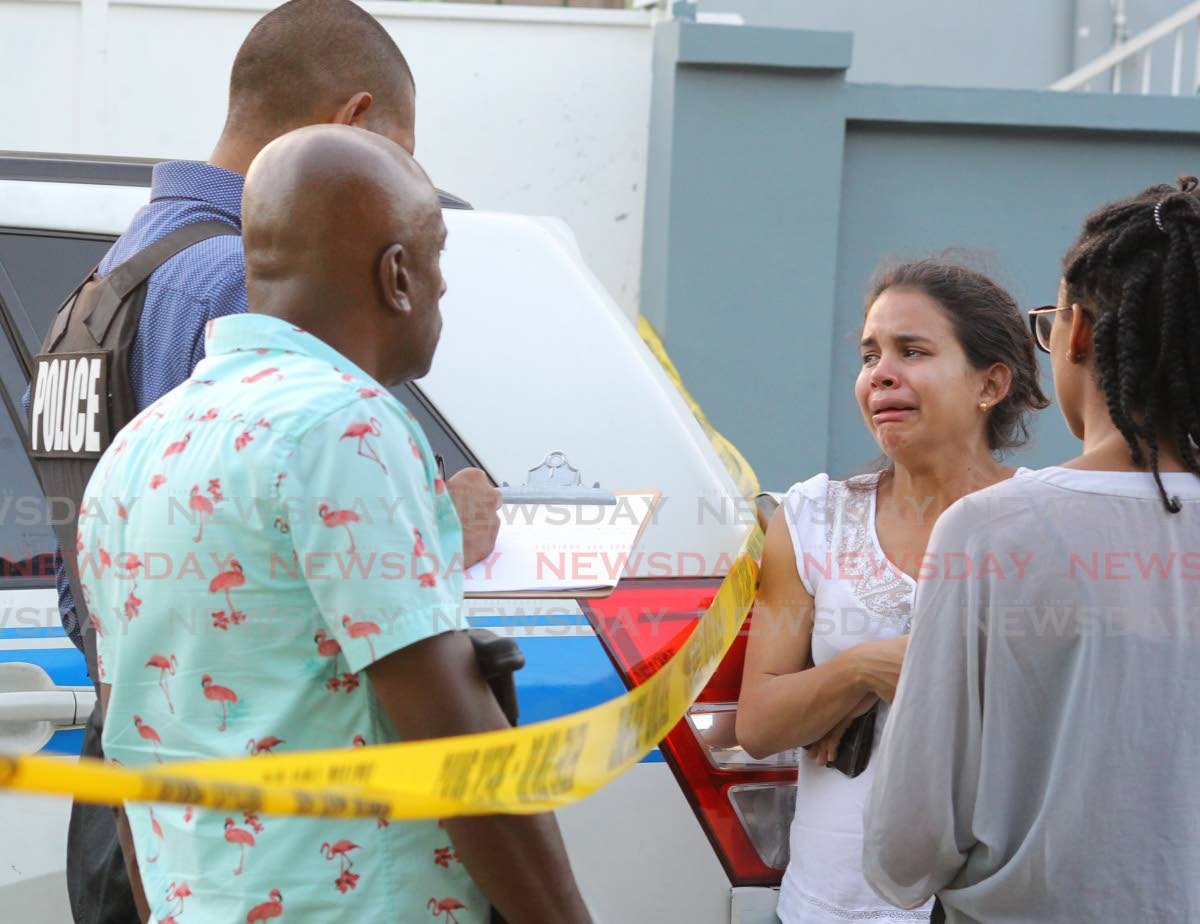 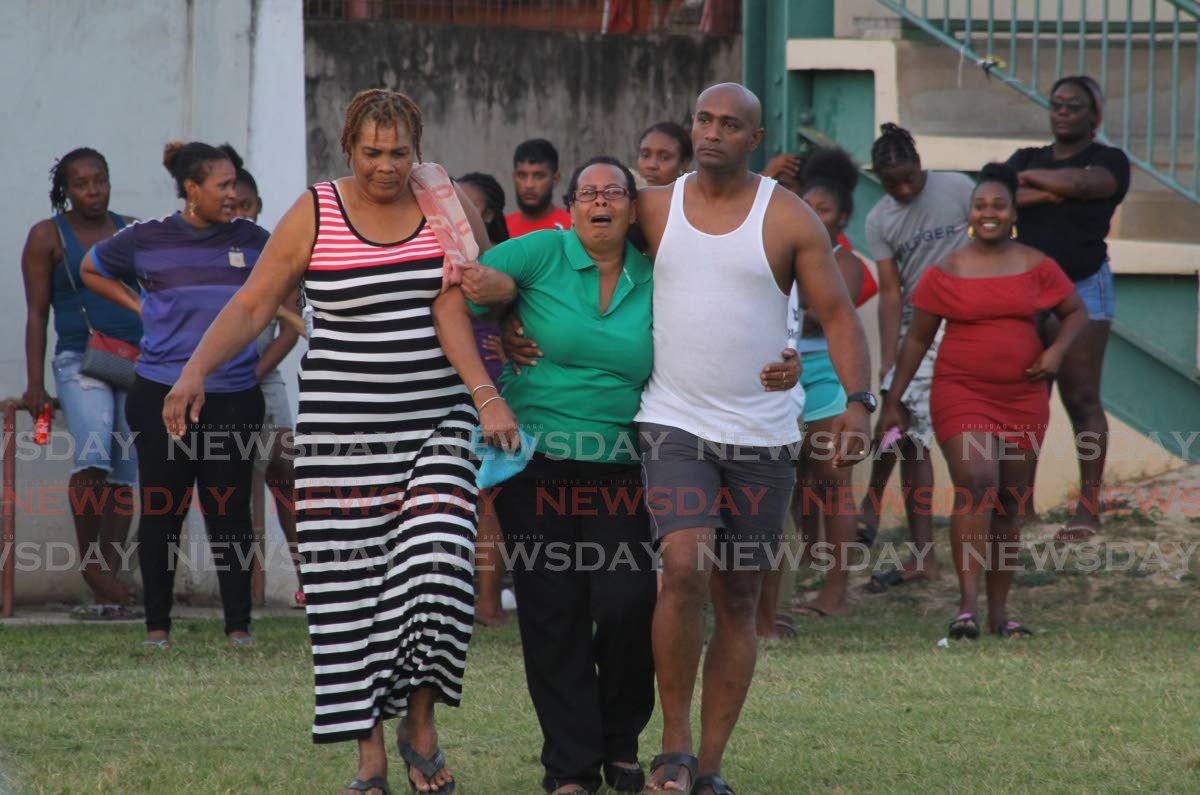 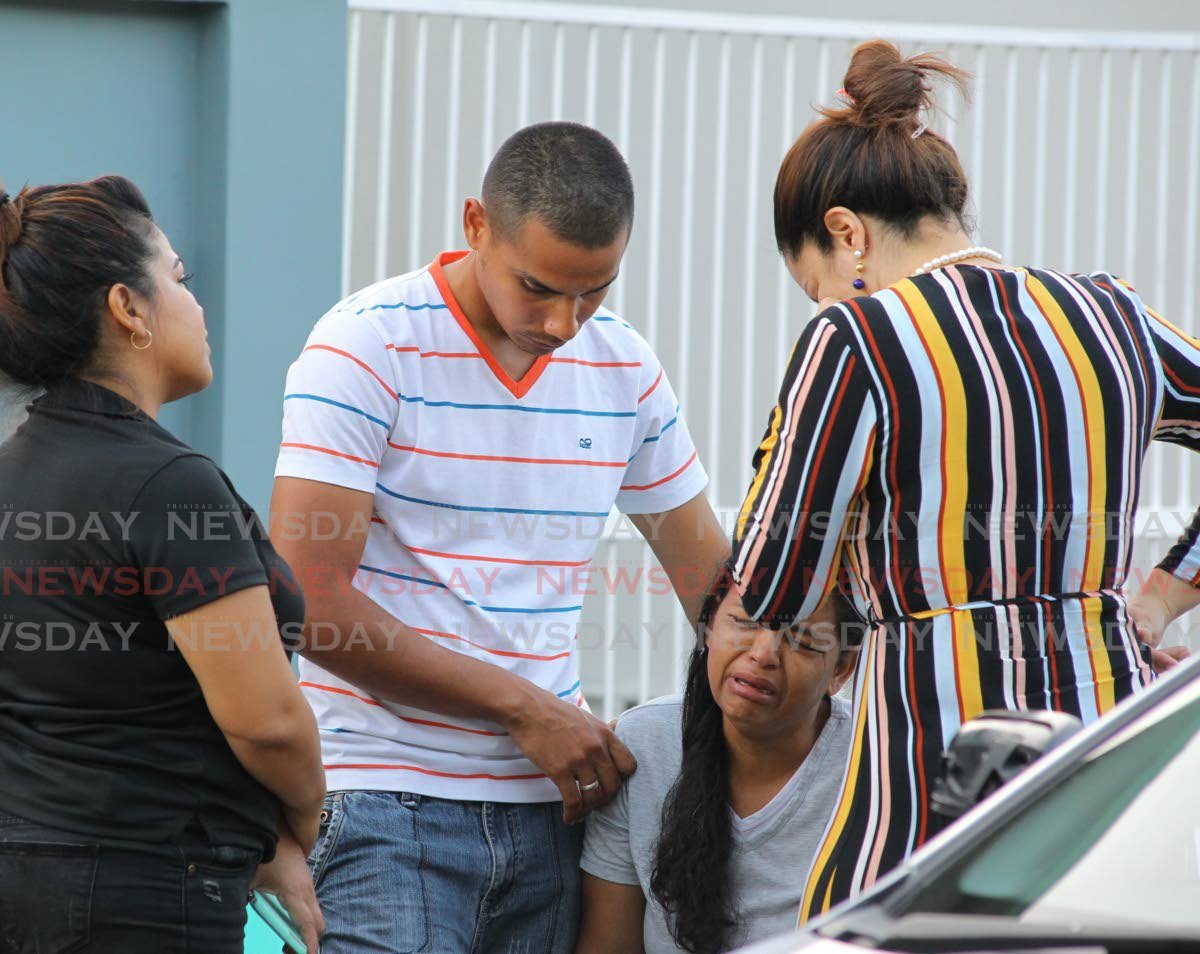