A blanket of smoke continued to cover Arima and environs on Thursday as fire officers, borough corporation members and officers of the Solid Waste Management Company Ltd (SWMCOL) battled a fire which ignited in the Guanapo Landfill on Wednesday.

The blaze, which led to the landfill being closed for the two days, caused poor visibility, and the smell of smoke was a nuisance to some, but for others the smoke became a health risk as people with respiratory issues wrestled with both the smoke billowing from the landfill, and a massive cloud of Saharan dust.

Officials say Thursday may be the last day of discomfort and health risk for residents as they have extinguished the surface fire and are fighting the last remnants of the blaze burning underground.

In a media release on Thursday, Arima MP Anthony Garcia said everything was being done to extinguish the landfill fire.

“My office has been liaising with SWMCOL and the TT Fire Service to deal with the fire. The surface fire was extinguished yesterday, however, because of the accumulation of certain gasses they are now treating with an underground fire, which should be brought under control soon,” Garcia said.

A release sent from the Tunapuna Regional Corporation also assured the blaze was contained.

Newsday understands that fire officers from Tunapuna and Arima, as well as corporation trucks and independent water sources all co-ordinated to contain the fire.

Residents in Arima and surrounding areas still complained about the smoke which came from the underground fire, and said it has affected their breathing and visibility.

The smoke was so bad that one school, Holy Cross College on Calvary Hill, had to be closed on Thursday.

One resident who did not wish to be named, complained that she and her eight children, all who are asthmatic, had to got to the Arima Hospital for treatment because of the smoke.

Other residents complained that the smoke caused irritation to their eyes and sinuses. They said it had been the worst instance of a fire in the landfill they had in years.

“It is stifling at times,” said shaman of the Arima First Peoples community, Cristo Adonis.

“It is affecting everyone. This (Thursday) morning, you couldn’t even see the hills.”

The shaman said the smoke was at its worst when the wind was blowing to the west. But when it blew to the north it affected residents as far as Lopinot.

“We hadn’t seen smoke this bad in two or three years,” said Kenny Calderon, a 45-year-old shop owner who lived in Mt Pleasant for a decade.

“This smoke is bad for people. All kinds of things are burning in there. It is stressful for my sinuses. And my wife and kids are affected too. My kids' sinuses were acting up and this morning my wife was complaining of a sore throat.”

Garcia in his media release advised that personnel from Health Facilities in the Arima Constituency were on high alert and were prepared with oxygen and respiratory machines to treat residents affected by the smoke.

Some residents also questioned the origin of the fire, but Hayden Romano Managing Director of the Environmental Management Authority said no evidence came forward that the fire was deliberately set. He said because of the location of the fire, which is at the back of the landfill it would be too difficult for people to intentionally set a blaze there.

“We would be very concerned if there was any evidence of that, because it would put several people at risk. But there was no evidence it was deliberately set,” Romano said.

Consistent inhalation of smoke and burnt gases from a landfill can cause coughing, irritation of the eyes, nose, and throat, headache, nausea, and breathing difficulties. However, this would be a result of constant inhalation for over a week. 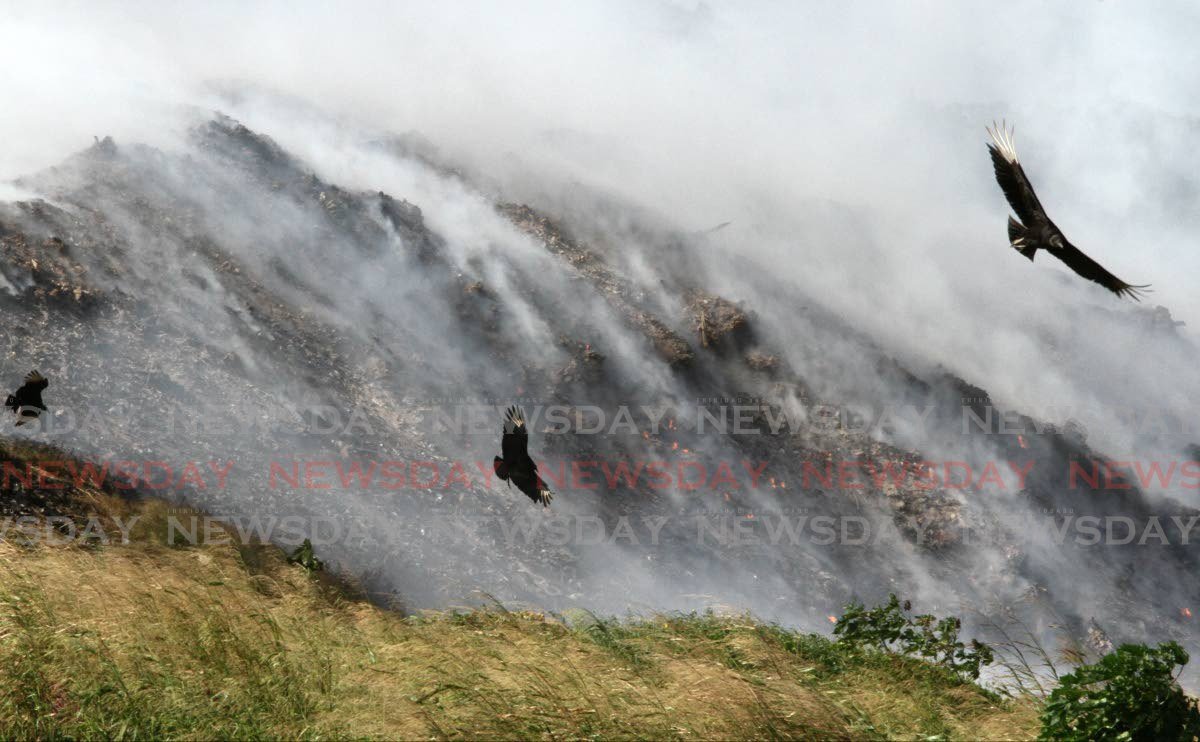 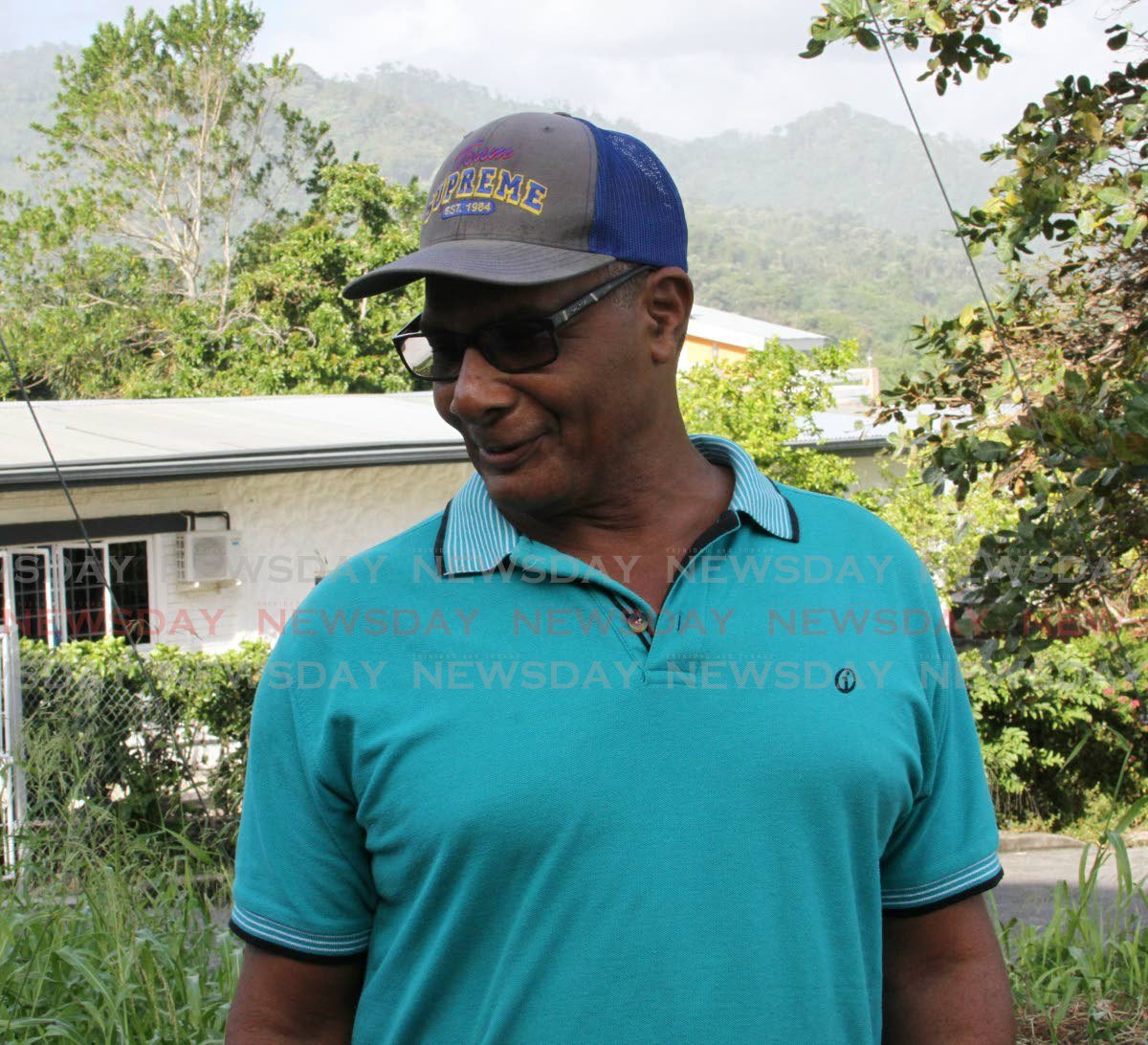 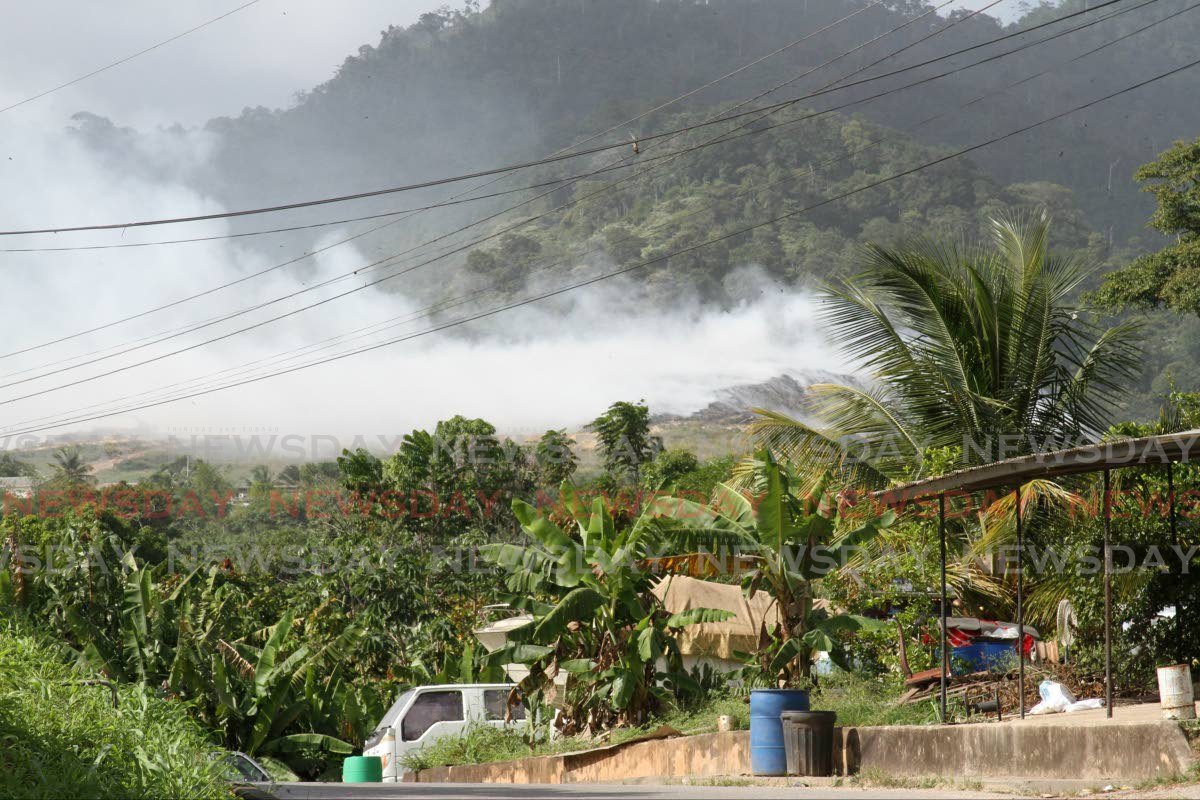 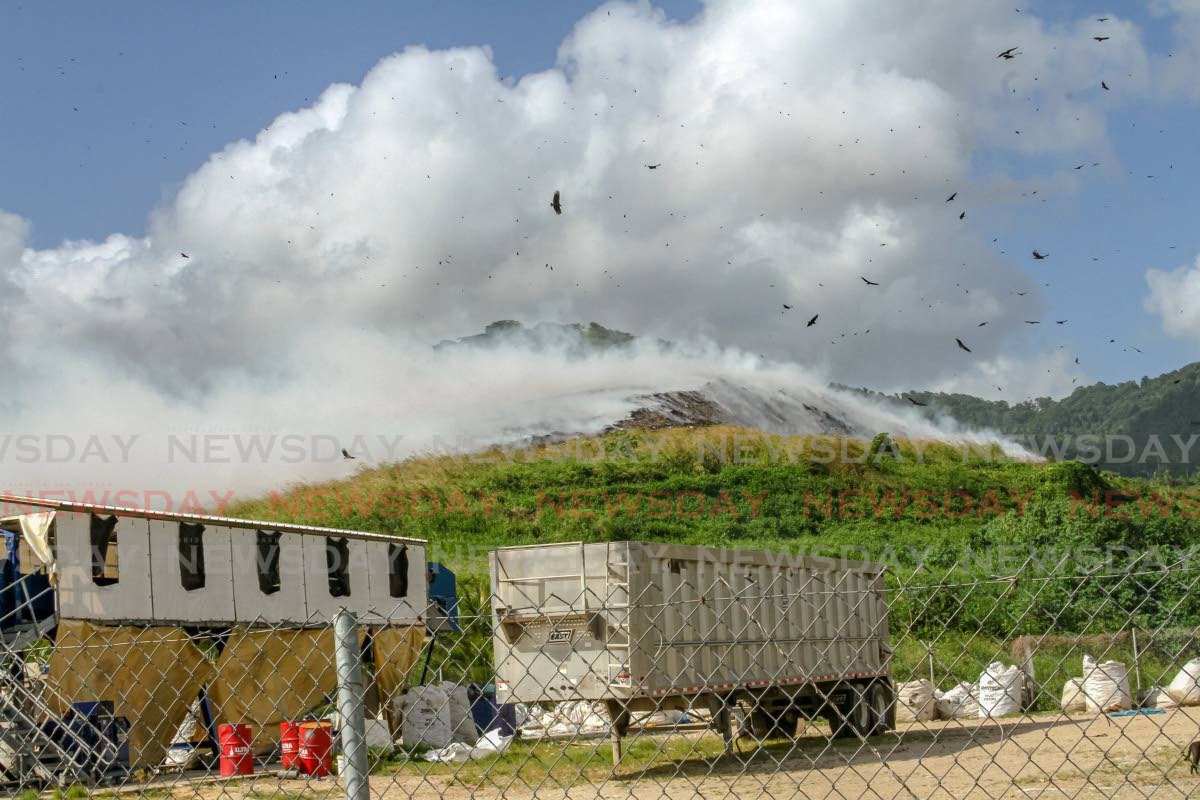