When the Iguana field was discovered in 1982, 43 kilometres off the west coast of Trinidad, it wasn’t immediately considered a viable asset. The industry was different then, DeNovo managing director Joel “Monty” Pemberton tells Business Day, with a surplus of gas, so wells that didn’t have a particularly commercial payload wouldn’t have been considered for investment.

Now the industry has changed, and with gas curtailments constraining the country’s downstream energy sector, these smaller, previously ignored fields could hold the potential to mitigate that. “(There are) a lot of resources that can be explored and developed. That’s where the DeNovos of the world can lead the way. We’ve demonstrated it can be done and we are geared up to add to the benefit of the country by minimising the curtailments and we think the possibility is there,” he said.

DeNovo is the energy industry’s version of a small and medium enterprise (SME), and Pemberton is an entrepreneur.

In 2016, after quitting his job as the CEO of Trinity Exploration, Pemberton, whose energy and excitement for exploration makes him a modern-day prospector, pitched the idea for DeNovo, tapping into these long-abandoned fields, Blocks 1 (a) and 1 (b).

There was some scepticism among colleagues and the like, he admits, but, undeterred, he took the company on a road show to attract investors and raise capital. Swiss petrochemical giant Proman, the biggest downstream tenant in the Point Lisas Industrial Estate, jumped at the chance, loaning Pemberton US$250 million to get DeNovo going.

“Proman was the only downstream company to take a risk and back a local upstream start up. They took a bold step where they weren’t just going to beg for gas. We need more investors like that in TT.”

With capital secured, Pemberton and his team set off to make local history. In just 33 months, the company was able to set up its platform, start drilling and deliver first gas to the National Gas Company. Just about 14 months on, the company has managed to maintain a steady flow of 80 million standard cubic feet of gas per day – or enough to power at least one petrochemical plant – with an uptime (operating time) of 99.4 per cent, one of the highest in the local industry. The company has also paid over $100 million in taxes, invested nearly $2 billion and employs 100 per cent local content in its operations.

The next step for DeNovo is developing the Zandolie field, about 18 kilometres from Iguana (the other fields in the acreage are Anole and Whiptail, so there’s clearly a tropical lizard theme here).

“We are in the middle of feed – engineering and design – for Zandolie. When engineering is completed we will make an investment decision, as well as approvals from the (regulators) and the board. Once we get that we can move into execution. We’ll have to build an offshore facility of some sort and then build a pipeline to Iguana and then drill a well. We expect an execution by the second quarter of next year.”

Though the company is small in size – it registers as barely a blip on the overall output of the sector – the impact on the economy is huge.

“We are a net foreign-exchange earner, provide employment, create foreign direct investment. There’s a huge niche for people like us. I have to be an optimist. There are a lot of potential reserves to be developed so there is room for more DeNovos. I want to see them developing these reserves for the benefit of the country because they provide real economic value.”

Pemberton is confident that TT still has potential in the sector, even as he notes the dynamics of the industry have changed.

“When the industry started up we had excess supply with no market. And rightfully so, government and private sector went ahead to build the market based on existing supply in place at that time and assumptions on future.

"Now supply has reduced. The simple way to look at it is basic economics – either we increase supply or reduce demand. And we don’t want to reduce demand, because of the economic impact.”

How do we increase supply? He suggests more development activity where pools of reserves need to be brought on stream, more exploration and cross-border gas.

“To ensure the gas supply remains sustainable, you need to have more exploration activity, to make sure we have looked for everything there is within the TT boundaries. To do that, operators need to explore more. And for new operators or acreages to be developed… we need acreages released faster because the faster it is done the faster you can explore.”

Trinidad has enormous potential. It sits within the Columbus Basin, the same geological formation that gives Venezuela – and now Suriname and Guyana – prolific oil reserves.

“To the extent (those hydrocarbons) stay in the ground, they are worth zero. How you find the right mechanism to extract can become complex. The government’s role is to maximise the revenues for the people of TT, so they have a very strong role to play. Operators tend to want to maximise profits (for shareholders).

"What’s the right balance to stimulate that activity?”

The future of exploration is more collaboration.

“One thing I think will help that is sharing infrastructure. It could make reserves (from different operators) more commercially viable, for example, sharing pipelines, and can be applicable throughout the country.”

There are natural complications with that, like the absence of a clear policy. Sharing infrastructure already happens around the world in the industry, but it needs a policy framework.

“What I see is opportunities and things that can be done to stimulate activity. From an exploration perspective, sharing infrastructure is important, and something that needs to be done in the country. Operators need to come together in a collaborative way and say, how do we share infrastructure for the common good? And the regulator also has a role in tandem to make sure it is approved and followed.

"I think that can be done, and that will certainly open up. If new acreages are discovered and there’s a common policy, then it may enhance things. So that’s something I definitely want to see.

"I want to see more bid rounds or the ability for operators to approach the government and negotiate for fields that it might not plan to put out, but can maybe be negotiated in a fair and open manner if nobody else wants it.”

Similarly, cross-border fields are only complicated by geopolitics. 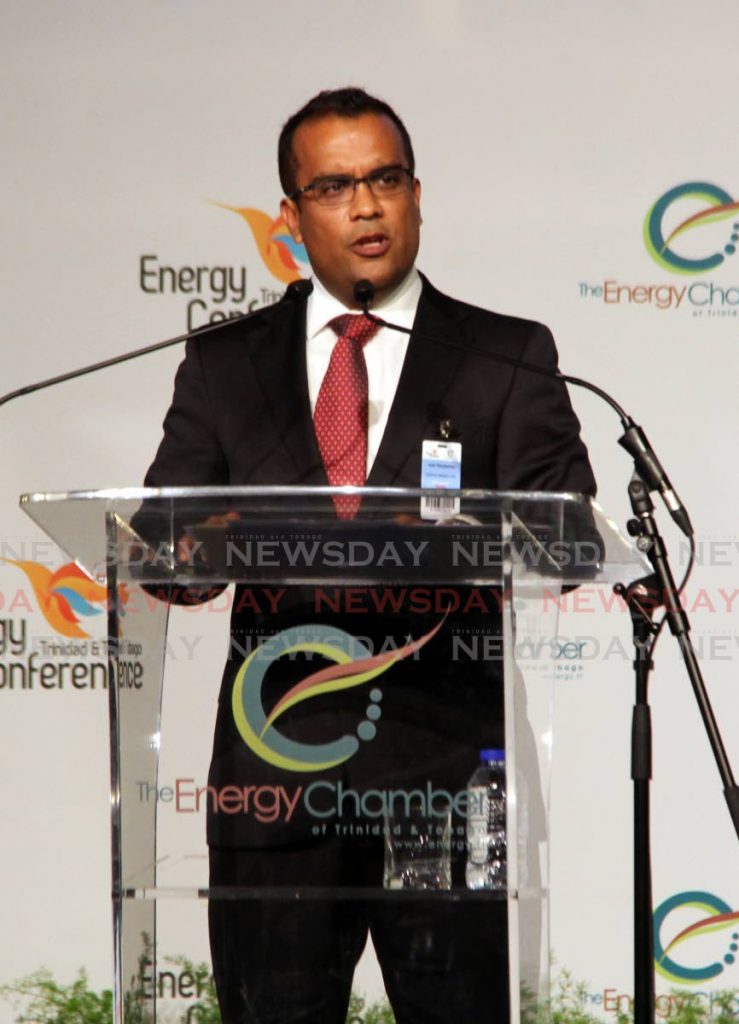 “(Any agreement) must be structured correctly and come in at the right price. Venezuela has 190 trillion cubic feet of gas. But there’s the geological issue. Guyana has associated gas, but to get it to Trinidad you have to pass a pipeline through Venezuela territory, and the same with Suriname. Grenada and Barbados also have had exploration activity.

"But the beauty about Trinidad is, we have an industry that uses gas, whereas for others, to build a new plant of any kind will cost upwards of US$1.5 billion. We have some competitive advantage in that regard.

"The question is geopolitics and how to negotiate the terms. But those are things I like to call above-the-ground challenges. To deal with that it's people, not geology, not engineering. So it’s how you work with people for a common objective, and that’s where we have to get to.”

The mark of success

So does Pemberton think he’s a success?

“It’s interesting, because when we started off, we started off with a vision. First gas. Great. Can we sustain it? Because one of the big things now is sustainability. The biggest achievement is a couple things ­– it was a team that did it. I’m really happy to see the team come together to work for that success to benefit the country. That team isn’t just DeNovo, but everyone who worked on the project: contractors, regulators who did the approvals – aligning that to making people understand it can be done.”

“Another perspective is: we set targets. We achieved some, some we didn’t. So there was learning as well, and we are creating a continuous learning environment so complacency doesn’t set in.”

Looking back, while he was grateful to those who believed in and supported his vision, he was somewhat disappointed at the lack of support he initially received.

“I won’t say I was hurt, but Trinis need to support each other to make sure each other succeeds, because if we change our mindsets from scepticism to 'Yes, this is possible, how can I help?' we will be successful. The negative mindset could be a deterrent to people who want to make a difference.

“I had to wonder, is it that people want you to be a failure versus trying to help each other be better?

"Let’s believe and people will succeed. Or they might fail, but they’ll learn and try again. It’s how we react to that failure is how we move forward.”