Two Spanish-speaking people are in hospital after a tree fell on them in Woodford Square, Port of Spain on Monday afternoon.

Jario Jose Fontt Acosta, said to be in his 20’s, and Yuliannis Perez, 19, were sitting on a bench on the southwest section of the square at about 3.45 pm on Monday when the tree came down.

The two were helped from under the tree by bystanders and police and emergency services were alerted.

The two people were taken to the PoS General Hospital.

One bystander, Carol Turner from Laventille Road, wondered why the tree was not cut down before, especially since the City Corporation frequently maintained the trees in the square.

“I pass here from the Library, but since last year, when I stood up and watched the tree and touched it, I kept telling myself something is wrong about this tree. I don’t like it. City council people came and cut trees January and December but they didn’t cut this one.”

“My friend and I were sitting nearby and I heard the cracking of the tree. I told people to run and I ran off and left my shoes. That was when the tree fell on the people.”

The man and woman are at hospital in a stable condition according to police sources. 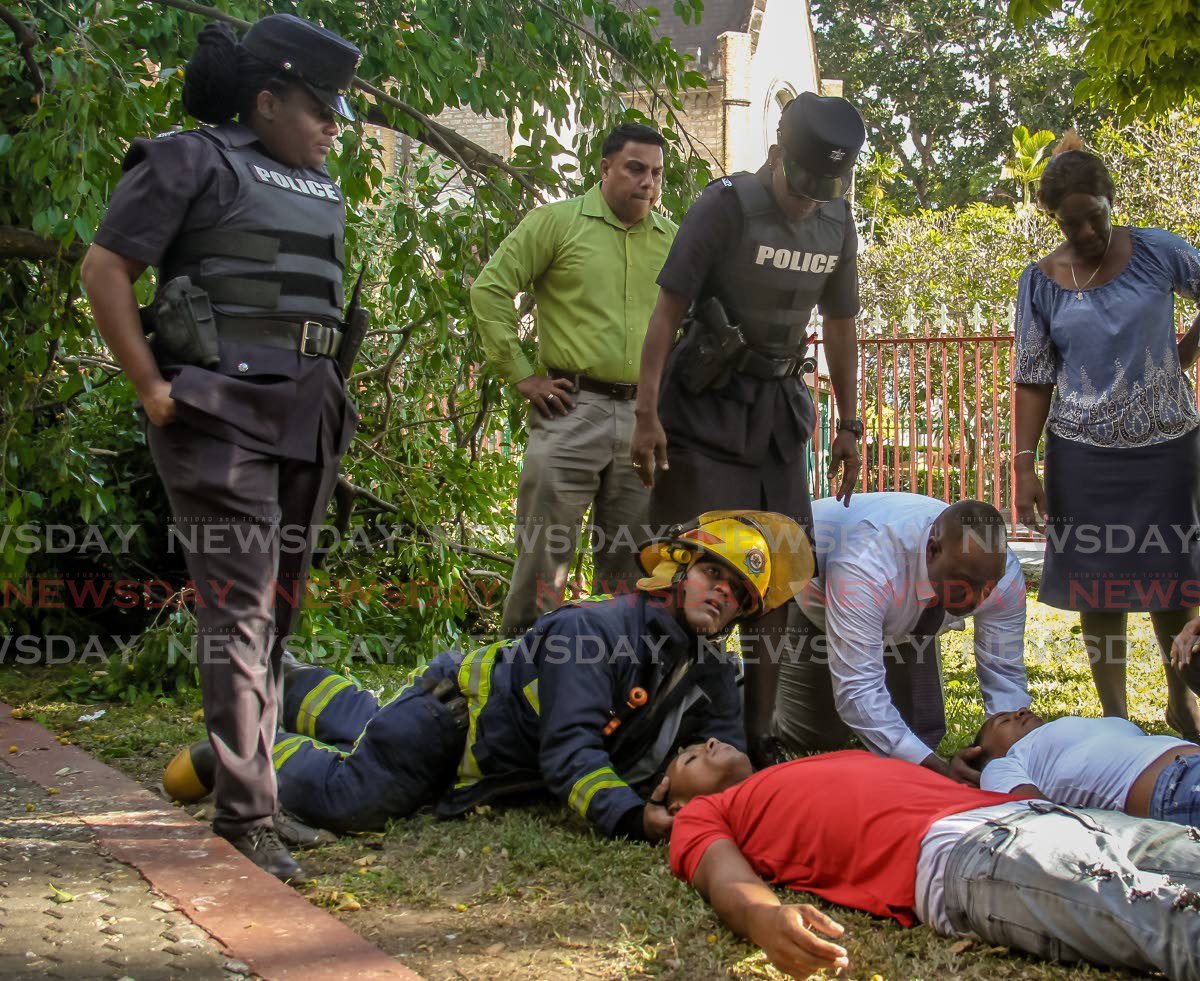