MINISTER of National Security Stuart Young has announced that Venezuelans who were granted the registration cards under the Venezuelan Migrant Registration Process will receive an automatic extension of six months.

Young made the disclosure at a post-cabinet press briefing at the Diplomatic Centre, St Ann's, on Thursday adding, "The methodology is being worked on."

Minutes later, the information was published on the official twitter account of the Ministry of National Security.

Last June, Prime Minister Dr Keith Rowley had told Parliament 14,000 Venezuelans had registered, even as their oil-rich nation endures an economic/political crisis amid US sanctions incurred by alleged election rigging by the Nicolas Maduro Government.

On Thursday Young recalled that migrants had undergone a process to register.

“The due diligence and all of that was conducted and persons who were entitled to get their registration cards... have been picking up their cards.”

“The instructions I have given is that with respect to the expiry of the initial six months which may vary, is that there will be an automatic six month extension granted to all those who have already been granted first (six months.) “So they are working (this) out right now.”

Young said he had been checking on this in recent weeks, so could not have spoken on it prior.

“But certainly my instructions as the minister in charge of immigration matters and under the law who has the authority to say yay or nay to someone coming in to Trinidad is that I have instructed that what we’d like to do and we intend to do is grant the six month extension. So I can say that here today.

“What they are working out right now is the methodology to utilise. So persons who were initially granted registration and provided with cards under that registration process, will be granted the six month extension.”

Even as Young made the statement, Venezuelans were still lining up in front of the Ministry of National Security, Immigration Division Head Office on Richmond Street, Port of Spain, to get their cards to work in TT.

Some had come for their first six-month permit while others needed information to renew their cards.

There are still doubts over both processes.

Many people collecting their cards in these first days of January complained about the imminent expiry of the first six-month permit.

Immigrant Carolina Olivero, who spoke with Newsday at the Immigration Division Head Office on Tuesday, said, "Just today (Tuesday) I am collecting my card, and I just saw it expires on March 3. That is, my permit will not have six months in my hands, only two."

The issue date on the card is September 2019, added Olivero, who lives in San Fernando.

“Four months have passed since the card was issued. I don't understand why they didn't call us immediately to collect it. All those months I couldn't work, because all the employers I visited demanded the card,” she said.

Olivero explained she had not come to collect her card sooner
because she did not have money for transport.

"I am unemployed because I did not have the card before. My husband works in a garden, but what he earns is enough to pay rent and buy food," she said.

Carlos Martínez was also at the Immigration Division's office on Tuesday. He was surprised to see the expiry date on his card.

“It is not fair that they give us a card that expires two months later," he said. "We lost four months, in which our families had many needs. I could only do temporary jobs (although) that influenced my income and helped my family.”

Another group of Venezuelans at the office asked about renewing their cards for the second six-month period. At the time, officials told immigrants they did not know when or where the renewals would be granted.

Euclides Gómez said, “My card was delivered the first days of August and expires on January 25. I am worried because the TT government said that to renew it is necessary to come to immigration a month before.

"The officials don't know anything, so we don't know what to do now.”

The expiry in March of this last batch of cards that are still being distributed means the second six-month period will end in September.

Martinez said, "I have friends who are worried because they will have finished the whole year in June and July, while in my case it ends in September – there are different dates, according to the date of issue." 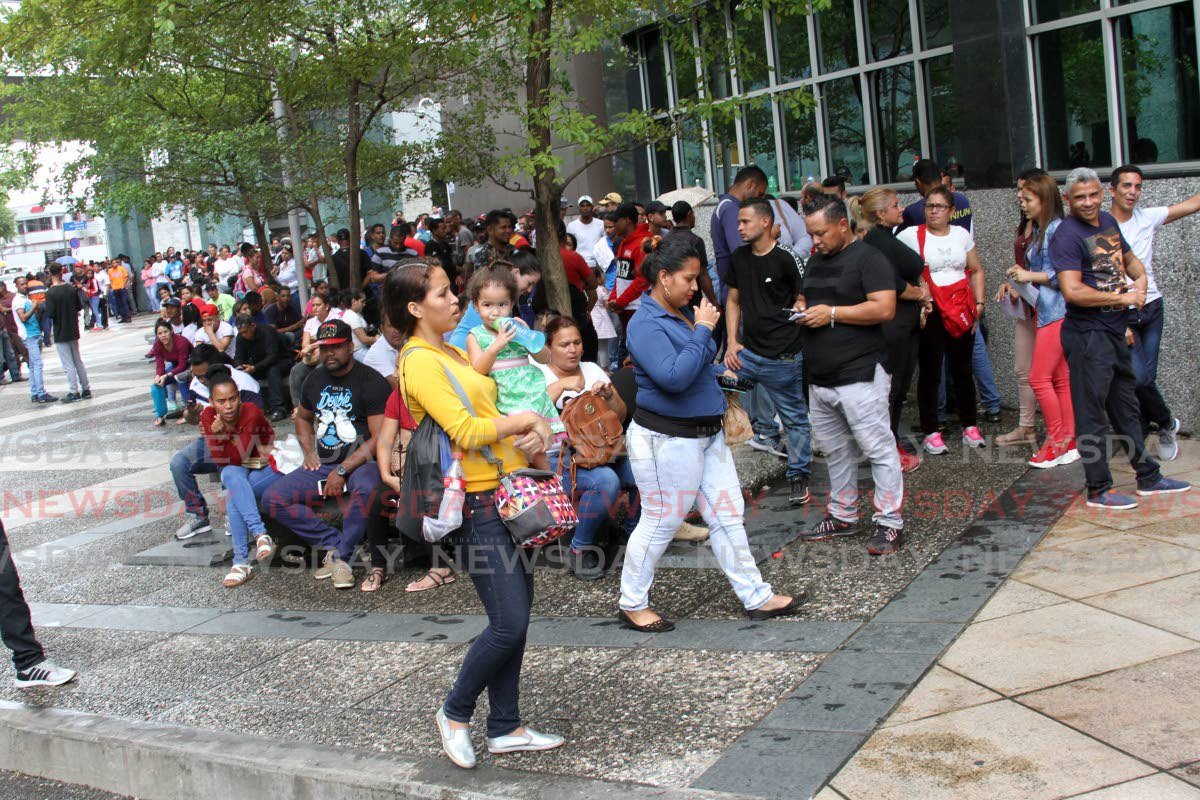 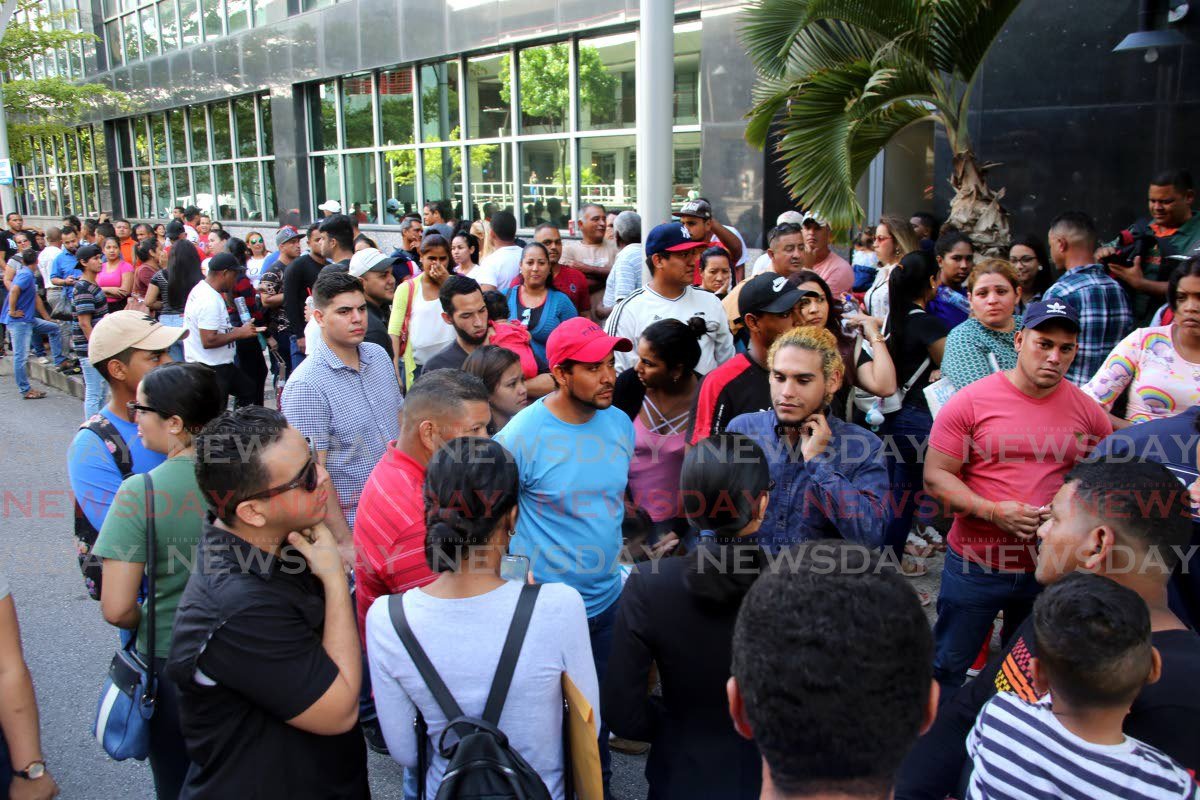