Repair work has started on a massive landslip in the southwestern peninsula, along the South Western Main Road in Chatham Village, Point Fortin.

On Monday villagers of Chatham and environs protested to air their concerns, fearing their villages might be cut off from the rest of the country.

They were accompanied by Cedros councillor Shankar Teelucksingh.

They said the landslide was the largest of 14 along the main road, which is a major access route for buses, trucks, school buses, and other traffic.

The villagers said they could no longer keep silent as they had been watching the road get worse for months.

Resident Vashtee Ramroop told Newsday after several meetings they decided to let their voices be heard.

“It should not have reached this stage. This landslide should have been fixed for a long time.

"But now seeing the work being done, our minds can be at ease and not fearful of being cut off from the rest of the country.”

Last December the road was repaired, she said, but the work may have been shoddy, as the road continued to cave in.

“I really hope this is not the case again and in a matter of weeks the road begins to cave in again.”

Teelucksingh said 60 per cent of the work was complete.

He said officials from the Water and Sewerage Authority (WASA) had already repaired a leaking water line and Ministry of Works was still working and hoped to finish in the next 72 hours. 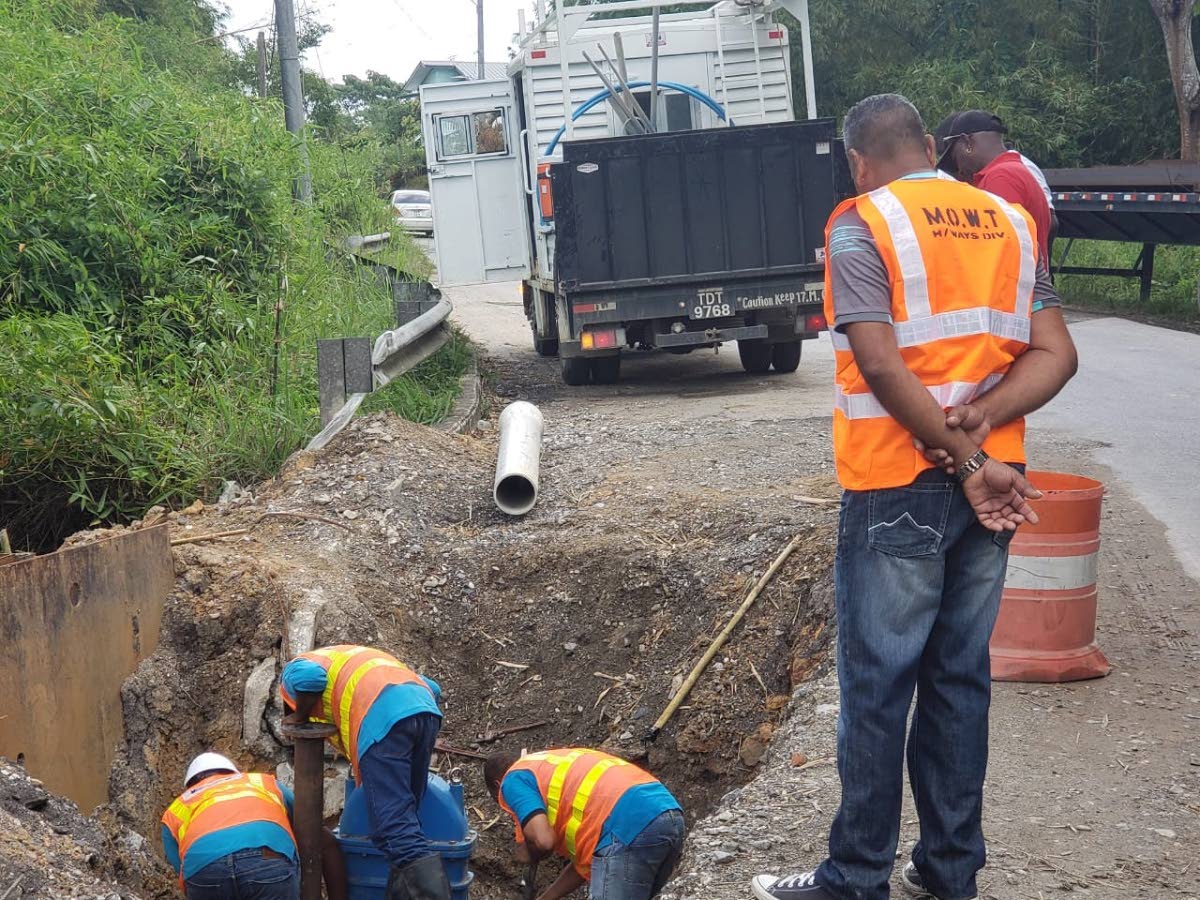