What do we have to learn from the environmental disasters in Australia? Dr Anjani Ganase, coral reef ecologist, who studied and worked at the University of Queensland, reviews the timeline to extinction.

The fires in Australia are examples of the abrupt and severe consequences of human-induced changing climate. According to the Australian Bureau of Meteorology, 2019 has been the hottest (1.5 C above average) and driest year (40 per cent less than the average rainfall) on record; its data goes back to 1910. The fire season is longer and more severe than ever; bush fires started since spring in September and have yet to ease. Along the eastern and southern parts of the country, over 100,000 square kilometres of land have burned. This area is equivalent to the size of Cuba, the largest Caribbean island.

The Australian bushfires are the most obvious among the environmental disasters that are the result of the climate getting drier and hotter. Most severely affected are framework ecosystems –forests, coral reefs, mangroves and seagrass – that house significant biodiversity. These 2019/ 2020 forest fires are estimated to have killed over one billion animals. While koalas have been getting most of media attention, other endemic wildlife – species of possums, birds, mammals, rodents, and indigenous vegetation – are at great risk of extinction if the loss of these crucial habitats continues unabated without recovery. Let’s revisit some of the other environmental climate devastations that have occurred over that last decade, in which many of these ecosystems have been under stress from heat for the prior years.

Let’s begin with the marine environment. Between 2011 and 2017 marine scientists (myself included) had the unfortunate task of documenting the loss of marine ecosystems throughout Australia as a result of more frequent and severe marine heat waves. Warming ocean temperatures result in slower growth rates and lower productivity in kelp forests in the Great Southern Reef. Heatwaves between 2010 and 2013 have directly wiped out about 100 kilometres of kelp forests in Western Australia, as well as in Tasmania (an island south of Australia), which also resulted in the local extinction of certain species. About 95 per cent of the kelp forests have been lost along the eastern coast of Tasmania (500 km), and are marine deserts with no substantial recovery.

In the summer of 2015 severe heat and drought conditions in remote parts of northern Australia along with abnormally lowered sea levels resulted in the mass mangrove die off along 1,000 km coastal stretch (about 74 km2) of the Gulf of Carpentaria. For comparison, the Caroni swamp is only 33 km2; imagine an area twice its size dying off in one summer. Mangroves serve as important nurseries of many fish and marine life, which sustains the fishing industry. They also act as the livers of the marine environment, filtering out any impurities, absorbing pollutants and nutrients to maintain a healthy coastal marine environment. At the same time, in other locations, freshwater wetlands are lost because of saltwater intrusion and converted to mudflats, and mangroves that are not native to the area are slowly replacing indigenous freshwater vegetation. This is similar to the saltwater intrusion of the Nariva swamp, which is a freshwater wetland.

In 2011, one of the largest seagrass ecosystems located in Shark Bay, Western Australia, suffered from widespread mortality because of excessively warm temperatures. The seagrass beds are typically found in shallow water between 1-7 metres. During the summer the seagrass sat in water with temperatures that were three degrees above normal. This was exacerbated by excessive rainfall and turbid run off that limited the light conditions for the seagrass, resulting in the die off of about 90 per cent or 4,800 km2 of the ecosystem; an area almost the size of Trinidad 5,000 km2.

Marine heat waves along the eastern coastline of Australia during 2011, 2013, 2016 and 2017 resulted broad-scale coral bleaching on the Great Barrier Reef. Back to back bleaching during the summers of 2016 and 2017 resulted in the high coral mortality. About 600 km of shallow reefs located in the remote sections of the Northern Great Barrier Reef were severely bleached and subsequently died. In comparison, TT's combined coastline is about 325 km in length. Imagine a mortality event that spanned the full extent of our coastline. Coral reefs, often compared with the rainforests on land, host thousands of marine organisms. The temperatures were so warm in some areas, it directly killed other invertebrates and fish life on these reefs.

The loss of natural ecosystems on the land was just as bad. In 2010, Western Australia experienced long-term severe droughts and heat waves, which have led to a sudden massive die off of the Jarrah Forests. The Jarrah Forests are composed of eucalyptus trees, a staple for Koalas, but is also home to about 1,500 endemic plant species, the near-extinct Carnaby’s Black Cockatoo, budgerigars and many birds that have also suffered a major die off as well. About 13 km2 of forest was lost in one year, an area greater than the size of Port of Spain (12 km2). It is likely that the forest would have limited recovery owing to the locality of the plant species. In 2016, the Tasmania forest suffered an immense loss because of bush fires, which burned over 1,200 km2 of forests. Meanwhile, droughts have resulted in a large fish kill in the Darling River, a major river ecosystem in southeast Australia. In the summer of 2018, this resulted in the death of over a million fish including commercial species, such as cod, herring and perch. The basin of the Murray- Darling river system supplies water to over a million square kilometres of natural rainforests but also townships and the capital city Canberra. When sections of the rivers become too low and disconnected as a result of drought, fish communities become trapped in isolated ponds. Reduced water flow, limited oxygen and food are the conditions for the die off.

An issue for all island states

We can observe from the climate impact to Australia, the scale of ecological devastation from climate change which can happen to islands in the Caribbean. For a small-island nation such as TT, it is crucial that the government prioritises climate change readiness as part of their agenda; this should be one of the most important issues of this year’s general elections. 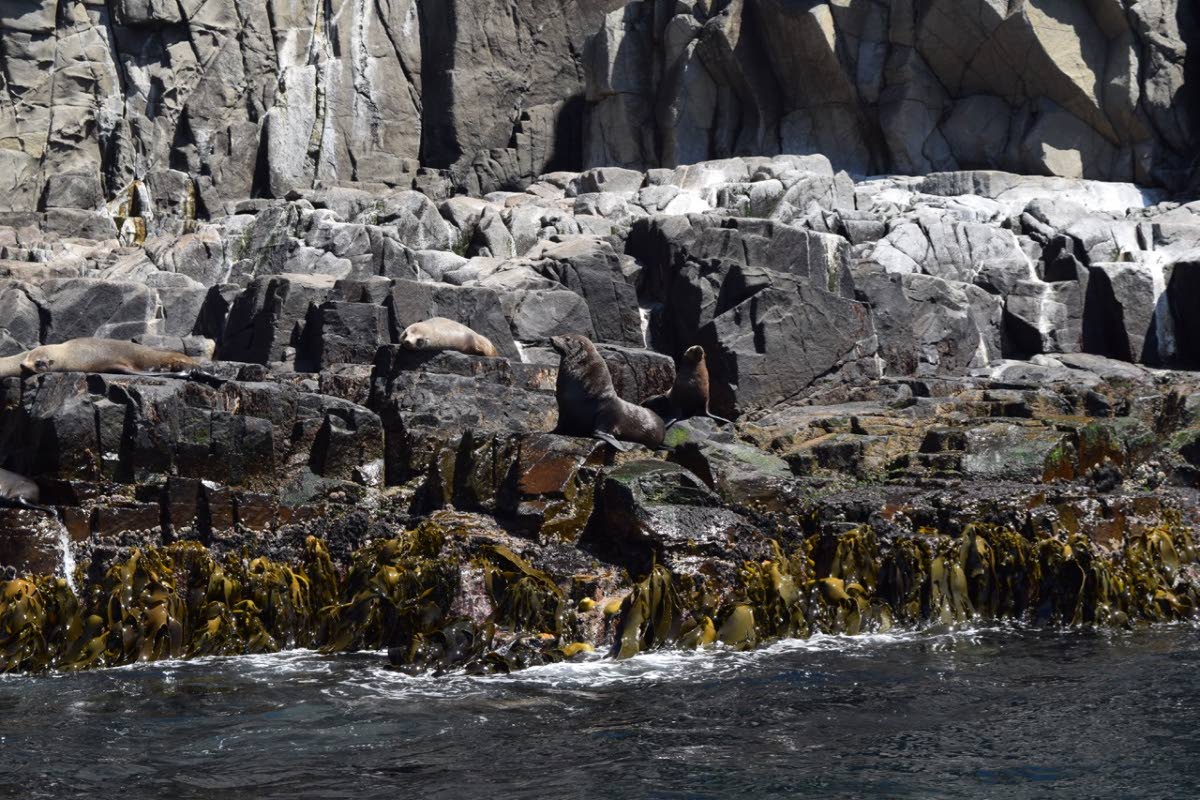