A priest on Sunday declared there are some people in TT who are "spiritually dead." Pastor Vishnu Goolcharan made that declaration when he spoke at the funeral for Randy Chuniesingh at his family's home on Hilltop Trace in Williamsville.

Randy, Polly-Ann and Damian Chuniesingh were strangled to death at Damian and Polly-Ann's home on Get Well Avenue, Pinto Road, Arima on Monday. Police said the marks left on the necks of the trio by the plastic tie straps gave the impression that their throats were slit. An autopsy report ruled this out when the marks on their throats were found to be consistent with strangulation.

A joint funeral for Polly-Ann and Damian was held on Saturday.

On Sunday, Goolcharan told the large gathering of relatives and friends a story about a relative of his who portrayed himself as a strong man but was afraid to cut a duck's throat when he was asked to.

"He liked to eat the curry duck but he didn't want to do the dirty work," he said. After relating that story, Goolcharan wondered how anyone could strangle or cut another's person's throat "without remorse."

He opined the reason for this was because there were many people in TT who were "spiritually dead." Goolcharan further opined that sucha a state of being was the result of activities like "clubbing, alchohol, drugs and womanising and pornography" which had led people astray.

He added that many people wanted to listen to "gangster music" over the radio instead of gospel music.

"Everything seems to be more appealing to this generation rather than say a word of prayer when the morning reaches," Goolcharan said.

He also blamed evil in the media and on social media for corrupting the minds of many young people.

After saying he was amazed that children as young as two years old knew about social media, the pastor said, "They said something that is vulgar and corrupt rather than send a good positive message."

Goolcharan told the gathering that the internet and the computer were only good depending on what they were used for. In that context, he added, they were the same as life.

"We live in the last of the last days and Satan knows his time is short and he's mad and crazy and he's on the slaughter to steal and to kill and to destroy and bring corruption and hurt and pain." He told the gathering that even though Randy was dead, his spirit lived on and urged the audience to cherish the memories they have of him.

After recalling that his parents died in their 80's, Goolcharan said most people who lived to about 70 years today felt they had lived long. He said if people died before that age, their death was untimely. He said that left others wondering what was going wrong in the world.

He urged the gathering to live good lives as God intended them to do.

During the funeral, many of the mourners cried openly and hugged each other as memories of Randy were shared. His brother Ram, who lived in Canada with Randy, was on the verge of tears when he said, "I don't know what I will do when I leave this place."

He said Randy was his only family in Canada and they always looked out for each other.

Another relative told stories about how Randy had a pet chicken called "Loves" and left instructions for her always to be treated as a pet. 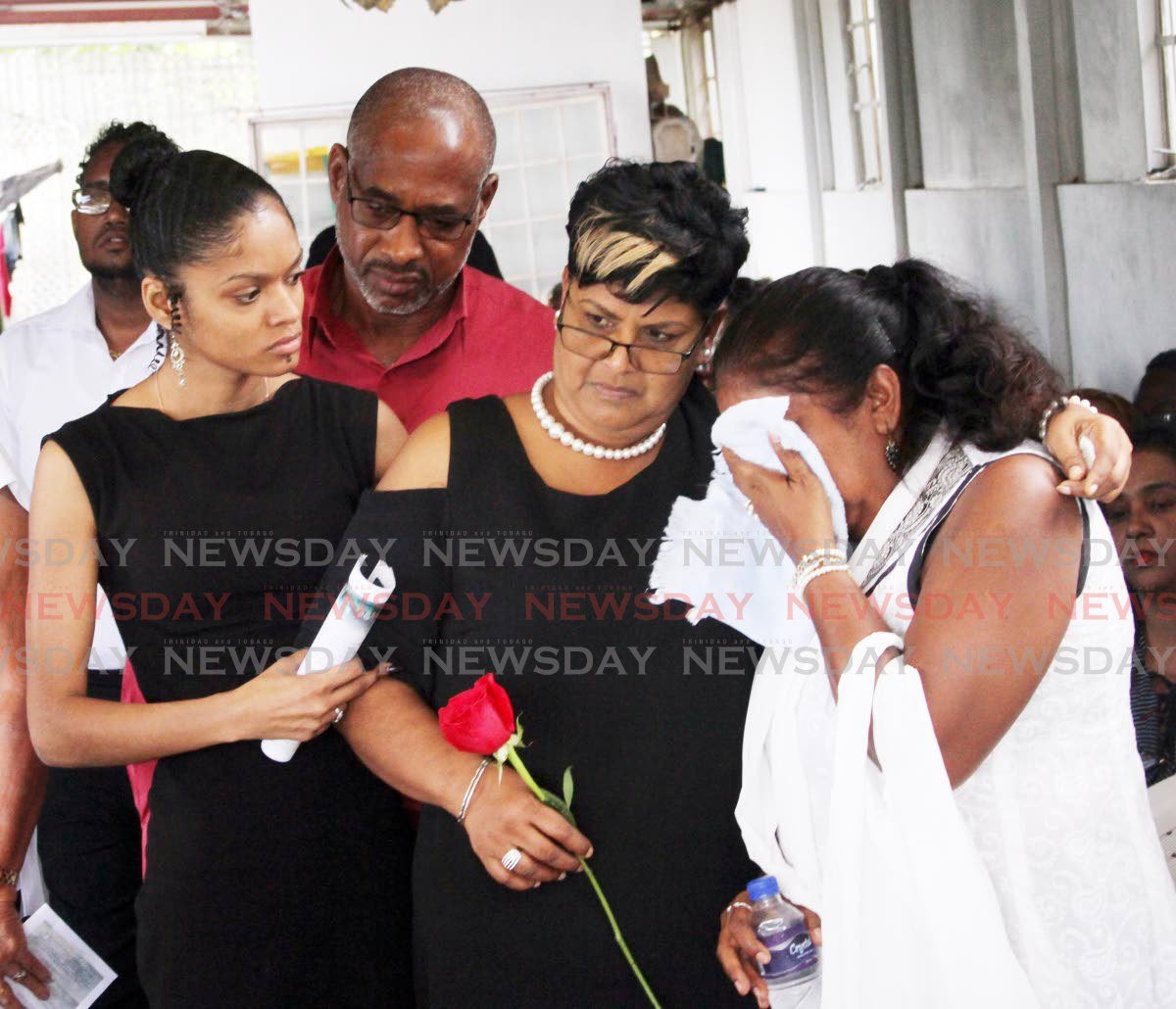 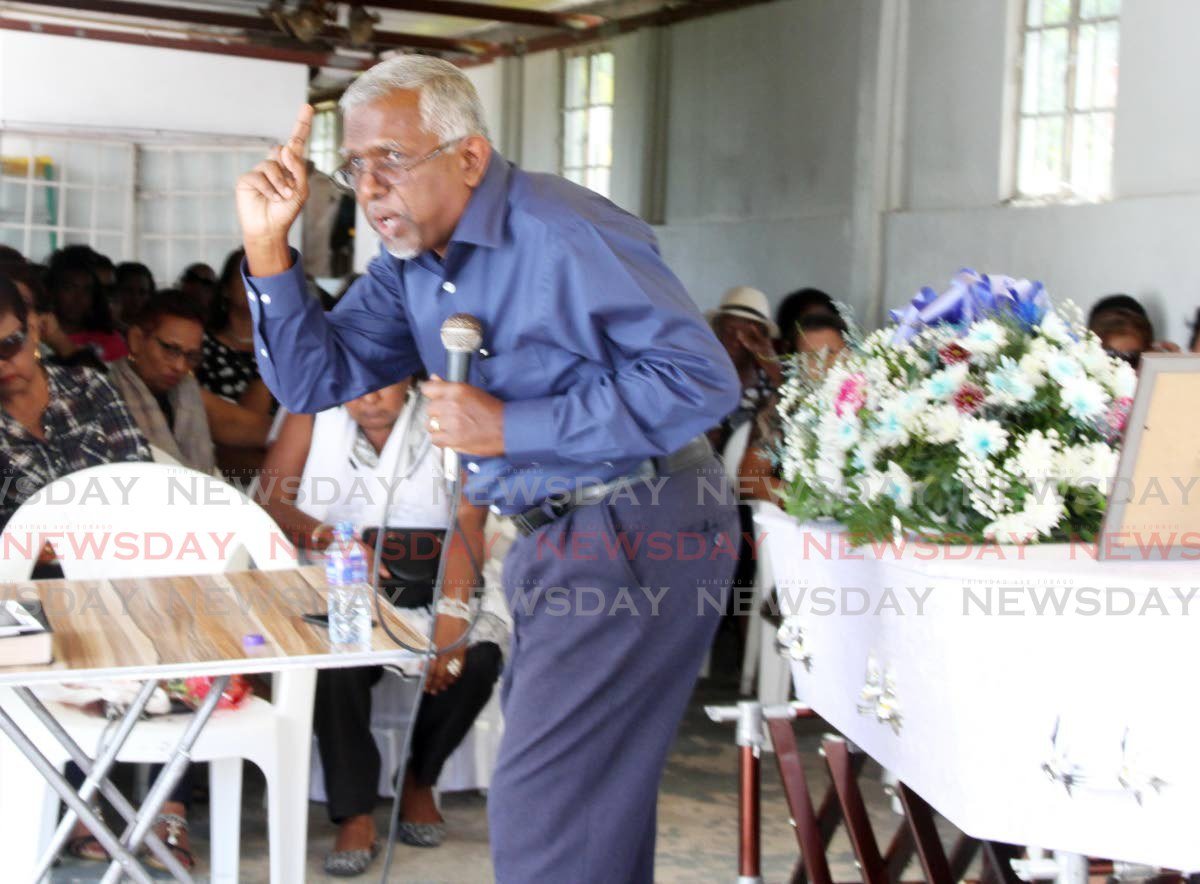 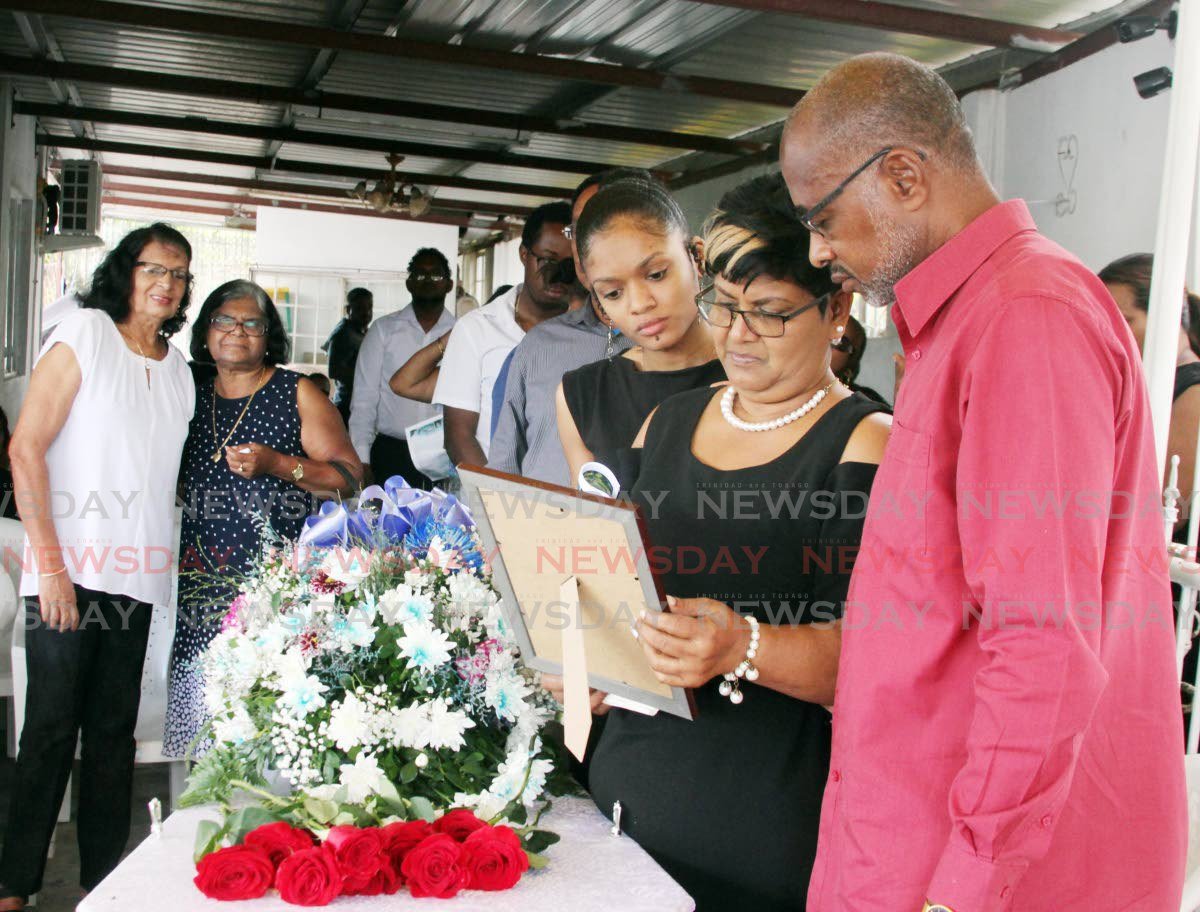