Michael Prentice, president of the Amalgamated Workers Union, called again on Monday for the removal of Port of Spain Corporation CEO Annette Stapleton-Seaforth.

Prentice also said if matters affecting workers are not addressed, he would take action “to another level.”

He said 1,398 workers are affected and cannot do their jobs because they have not been given the tools they need

A small group of them protested outside City Hall, Knox Street, Port of Spain.

“The corporation has been spending more than $200,000 for rental of wreckers, while two fairly new wreckers are parked up languishing in the Transport Division for approximately three years because the corporation refuse to buy parts to fix them.

“If nothing is done, this is only the smoke of the mobilisation that would be done to send the strongest possible message. What we are suffering at this point of time is that we require parts, tools and equipment. The reality is, to each occasion that we set meetings with the CEO, she really puts off all the meetings,” Prentice said.

Prentice said 75 per cent of other incomes to the corporation are placed in the Mayor’s Fund.

“What this has done is severely cripple the corporation from carrying out its daily functions. This is a clear violation of all workers’ rights,” he complained.

He said the corporation can’t buy diesel or parts but can afford a Christmas tree that cost more than $140,000.

A 35-foot high Christmas tree was placed over the Cipriani statue at the bottom of Frederick Street, Port of Spain.

“This is absolute wastage, and the wastage of funds must stop. I want someone to tell me...the priorities of the management of this corporation, if they have not gone loco?” 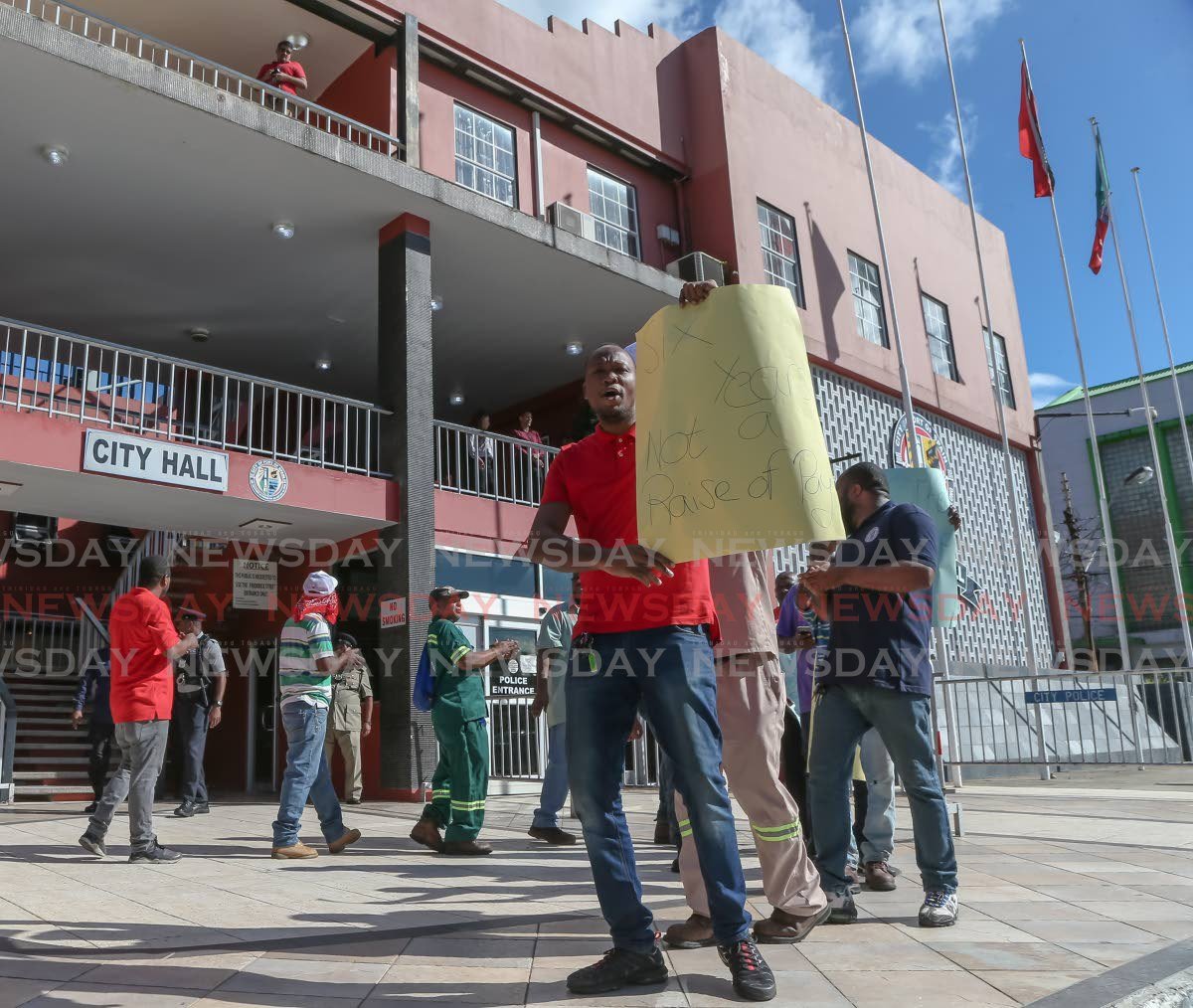