We are at an auspicious time – the beginning of a new year and a new decade. 2020.

One need not be a numerologist to explore the powerful symbolic potential visually presented in this configuration.

One 20 coming together with another 20 – the uniting of equals, a beautiful balance, symmetry, harmony, reflection, a meeting of kindred spirits and like minds.

This could be us – at a crucial turning point in our history as a nation. What we choose to do consciously, from this moment on, how we choose to do it and with whom (individually and collectively) are the seeds that will grow to determine our future.

This twin-island republic has been through a lot over the 30 years since the 1990 coup. Many citizens fear that we have reached the point of no return, where unfavourable national causes and effects can no longer be avoided or prevented by any person, power or plan known to us.

I used to smoke a lot. Trying to quit resulted in my smoking more. The Spirit was willing but the flesh was weak.

I will never forget it. So gently commanding that I did not question where it came from or what it was promising me.

From that moment on I never smoked again nor did I feel the urge to. January 8, 2020 will be my 19th anniversary.

I believe in the possibility of complete and total transformation through something as simple as "the Voice."

Let me be bold enough to say that 2020 is the right time for "the Voice" to speak for TT’s healing and transformation.

With 2020 being a general election year, some reading this may be thinking along political lines – that the Voice to which I refer is within their political party and is endowed with the power to "save" TT.

To believe that is to continue smoking the same cigarette and slowly poisoning the collective body.

That year polling day fell on October 7, my birthday. Unimpressed by the candidates, I chose not to vote. Instead, and in order to not feel that I was abandoning my "civic duty," I decided to hold my own public elections so that I and others could vote for what rather than whom (I felt) was needed for true national change.

The what for which I yearned were qualities, rather than promises. Promises can be spoken and broken. Inherent qualities stand tall like a lighthouse within committed, courageous and upright individuals who shine through dignified and unselfish actions for the betterment of all.

I then constructed a 3D interactive art piece I called "DeVOTE." The play on words elevated the act of voting to a sacred process. No shouting and mudslinging from podiums, no competition, no division. Instead, introspection and meditation upon the essence of what compels true change – inner and outer.

At that time, late artist Ian Ali invited me to participate in a group art exhibition he was curating at the Central Bank Auditorium. It was a fortuitous opportunity to publicly present my special polling station. The red-white-black voting booth stood in the lobby, complete with ballot papers, ballot box, voting ink and blank daily "newspapers" (The Guardian Angel, The Express Yourself, The New Day) in which members of the public wrote thoughts, comments and feelings after deVoting.

Daily, many people came in from the streets to participate. They expressed how good it felt to "deVote" for things (rather than people) that they could believe in and want for their lives and the nation’s betterment. DeVoting enabled them to look inside for their true leader(s), recognising that the "candidates" on the paper are powers we all possess and must use to transform ourselves and the world around us.

When it was all over, I counted up the ballots. Love won (landslide victory) and Hope came second. 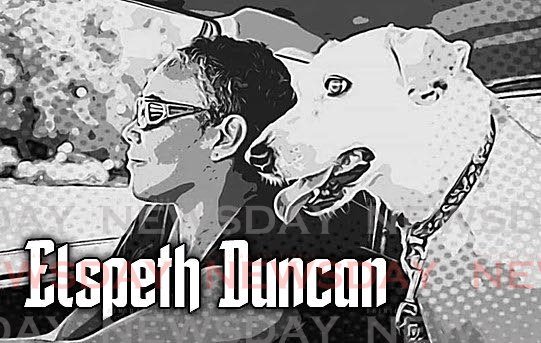