Sisu – a word spoken in the Northern European country Finland that signifies guts, willpower, and determination. A rough English translation could be to describe someone as having testicular fortitude, a Spanish equivalent – to have cojones. The phrase is of the mother tongue of Teija De Silva, and one of five languages spoken by this long term resident of Tobago. It’s a word which sums up the personality of the Mt Irvine resident. As well as being the part owner of a successful sports fishing business, she’s also an accredited diplomat, representing several Nordic countries in Trinidad and Tobago.

Her formal designation is that of Honorary Consul for the Kingdom of Sweden. It’s a role she has occupied since 2015, recently having her diplomatic credentials extended for a further four years.

The prestige and grandeur of De Silva’s official title is matched by her personality. This mother of two is eloquent, vivacious and passionate about life and her work.

I met the well-travelled businesswoman recently at Waves Restaurant in Grafton for a conversation which took in sports fishing and the boat Hard Play, her duties as Honorary Consul, as well as the changes she’s witnessed in Tobago and in tourism since her arrival 28 years ago.

With a career which has included bartending, ambulance driving and nursing, as well as her current occupation, De Silva describes herself as an entrepreneur. She is also a risk taker, who has succeeded in more than one country. She has lived in Sweden, made a success of her sports fishing business in the Caribbean and established the enterprise in the Portuguese island of Madeira, an Atlantic Ocean island located between the Iberian Peninsula and northwest Africa.

Since arriving in the early 1990s to work as a destination manager for a Nordic tour company, the native of Jyvaskyla, Finland has seen drastic changes in tourism, and in the lifestyle and culture of Tobago.

"I’ve seen plenty – both good and bad. I signed a contract from October (1991) for six months and that’s how I came here. There was nothing to fear and nothing to buy. Tobago was extremely friendly, a quiet little island, and every morning before work I went and jogged on the beach. (I was interested in) diving; I instructed in aerobics," she said.

The multilingual businesswoman was perfectly suited for the role at a time when Tobago’s tourism was thriving. Fluent in English, Swedish and Finnish and able to understand Norwegian and Dutch she was well equipped to support the many visitors from Nordic countries.

"We had approximately 250 clients (per week) in high season; in low season – June to October – (we hosted) 100 persons per week. I sailed three charter boats for three companies every day and (did) island tours with Swedish, Danish and Finnish guests."

With forthright views about changes in tourism in Tobago, she speculates about contrasts between Tobago, Madeira and Grenada; each of which she is familiar with, having recently visited the Spice Island at the invitation of its Prime Minister; and Madeira, which she has seen positively transform in the 12 years since starting a business there. For both countries she identifies political will and a positive approach to developing and investing in tourism as crucial attributes; but lacking in Tobago.

Having spoken of the changes witnessed in Tobago’s culture and the need to resuscitate tourism, the enterprising seafarer is nevertheless confident in the viability of her sports fishing business and speaks with affection for the boat Hard Play, which is operated by her sons Adrian and Curtis, both licensed ship captains.

Of Hard Play, which is currently being refurbished and will resume voyages in January, she says the vessel is "a fishing machine – she races fish, brings the fish to the boat, because of the karma, the sound of the engine and the karma."

For the benefit of an urbanite, a neophyte and landlubber such as this writer the knowledgeable angler describes the types of fish, where they are caught, and points out the several regional competitions (several won by the crew of Hard Play), explaining patiently the difference between commercial and sports fishing, the latter a pastime akin to golf, for those with time on their hands and the means to indulge their passion.

"On a half day we go to The Shallows (where there’s) more dorado, bonito, king fish; and on a full day we go up by The Sisters, outside Charlotteville, the sea drops there – you get big fish, or we go to Castara. We don’t kill any fish – we tag and release billfish. So you could catch the same fish you caught in Tobago and catch it (again) in Grenada or Florida. You could (identify it) with a satellite tag and see exactly where it travels."

Identifying Canadians, Nordic people, Americans and Brits as the world travelling clientèle who aim for the sports fishing Grand Slam, to include catches of White and Sailfish Marlin and Spear Fish, she says: "Trinidad has world class Tarpon fishing, (it’s) a fish that fisherman like to catch, a hard fighting fish; and Tobago has excellent fly fishing (with) over 150 international game fish species."

With Hard Play absent from the ocean until January the sociable De Silva, who is also a mentor and godmother figure to cricketer Iraq Thomas and footballer Kennya Cordner, now has time and opportunity to indulge other interests which include photography, and to continue giving support to the Signal Hill Orphanage where she is a patron.

These activities are as important to her as running her business and, as a "people person", she believes this is the reason why she was invited to become the King of Sweden’s representative in TT, a duty where she works closely with colleagues David O’Brien from Massy Motors, and (Stockholm-based) Ambassador Elizabeth Ekland.

The well-connected diplomat recalled that she was invited to the position because "I was in the tourism industry – I was always there helping by doing humanitarian work that you’re supposed to do for your neighbour, and I really think I deserve it even though I was not educated in that field."

Supporting tourists is important to her, as is the advance of these islands, and with it, sincere affection and concern for TT. For this she hopes the ministries of education and tourism, respectively, improve the opportunities in life for young men and seek to enhance and develop the island's tourism.

Humanitarian, diplomat, globetrotter, seafarer, angler, businesswoman, Chaka Khan’s hit song, I’m Every Woman, could be Teija De Silva’s theme tune. She certainly has the sisu for it to be so. 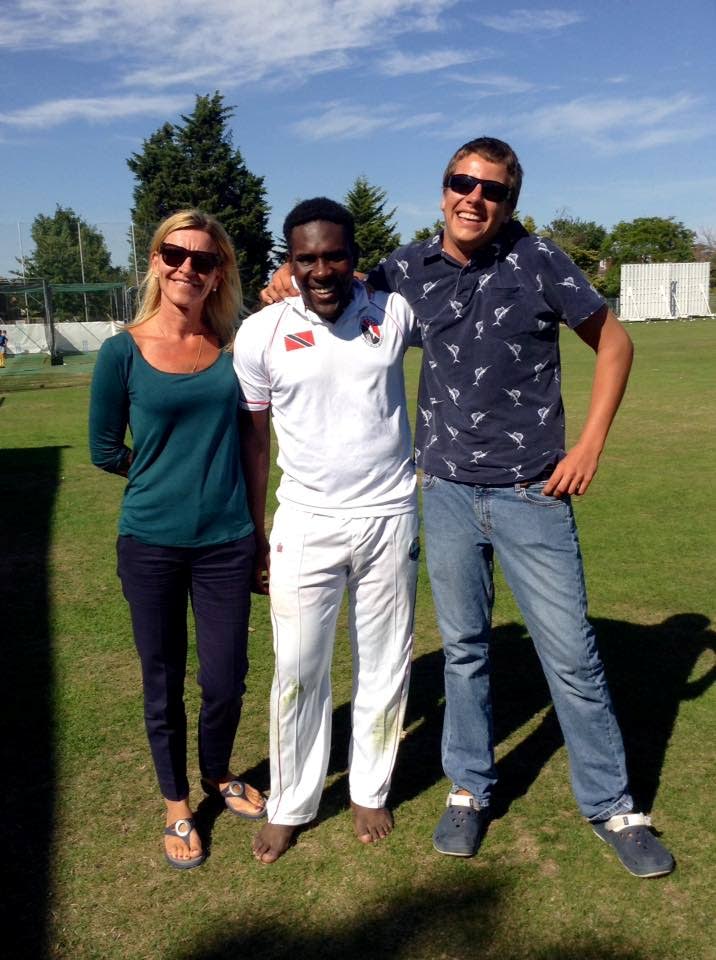 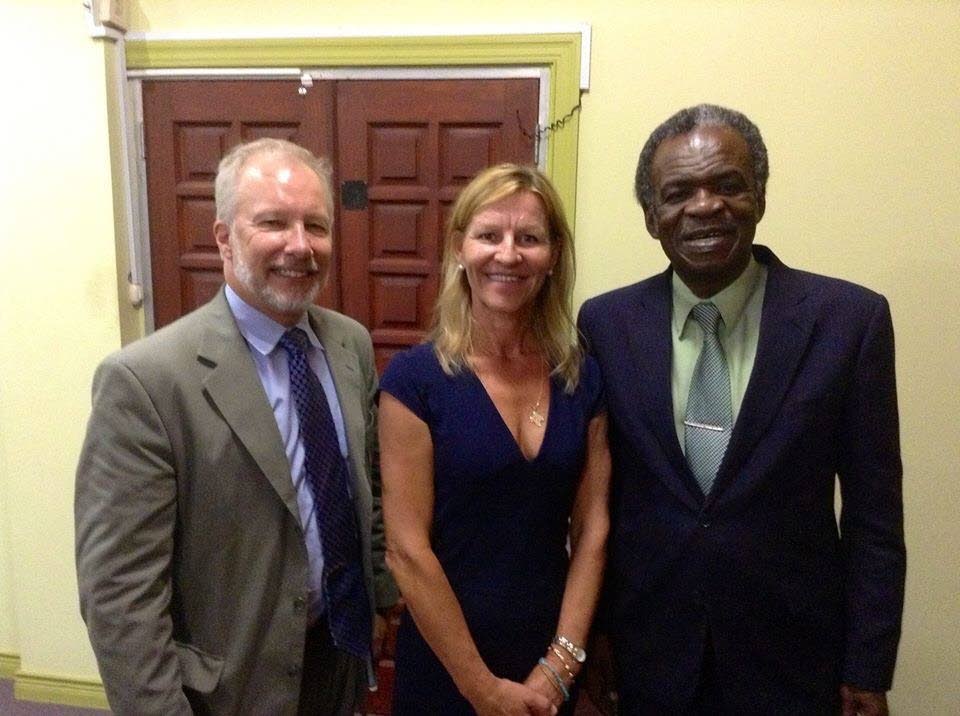 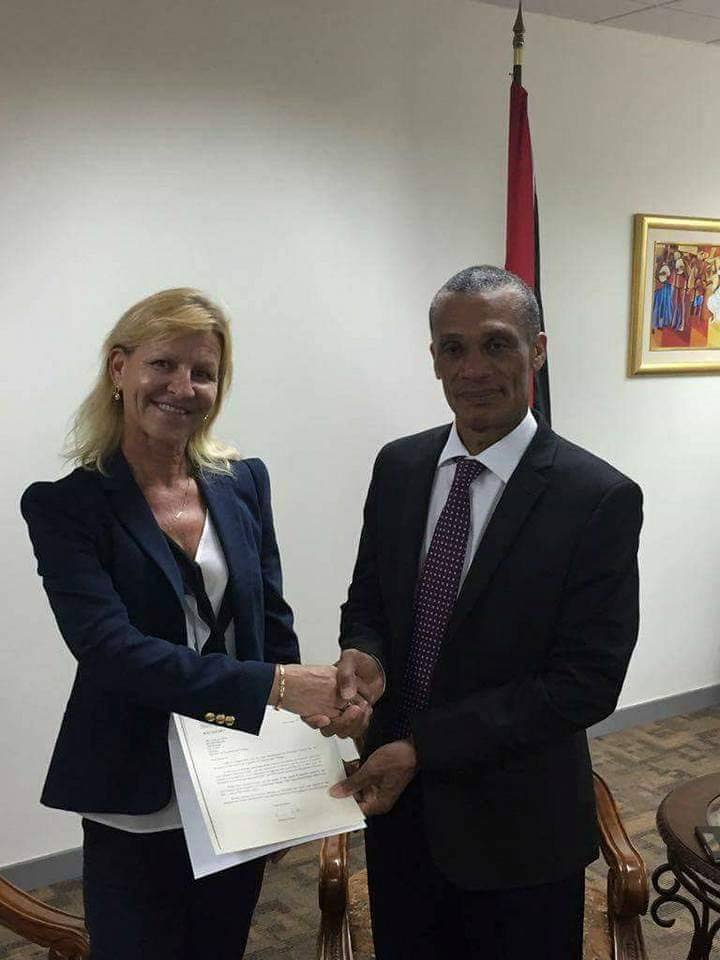 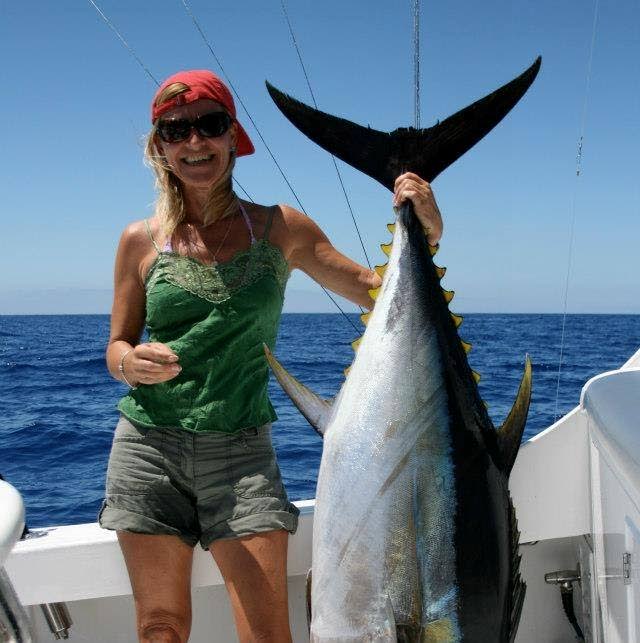 Reply to "Plenty 'sisu' and love for Tobago"