Wisdom. Deeply valued but rarely present, this means “experience and knowledge together with the power of applying them critically” (Concise Oxford).

This was the special quality of journalist and media entrepreneur David Renwick, who passed away two Fridays ago at 81. He had substantial knowledge of journalism and publishing, but he also exercised wisdom in judgement and leadership.

Of course, there are others who could write more authoritatively about his media career. But through the unforgettable initiative of Express manager Ken Gordon, my three-month stint in 1972 under David’s oversight at the Express provided me with enough to value what lay behind those quick smiles and brisk gait. David knew how to inspire without flexing the editor’s muscle.

True, that was many years ago, but some months ago when we met at Valpark Shopping Mall, he once again poked fun at me, saying, “Ramesh, you would have been a better journalist than a lecturer.”

In a competitive profession with uneven temperaments, deadline pressures and public scrutiny, David was really what fellow media entrepreneur Jeremy Taylor said: quite supportive, helpful, encouraging and appreciative. With youthful idealism and taking a summer break from University of Toronto, I had a role doing editorials, features and where possible news stories. When industrial relations became a troubling issue for government at that time, David wanted an interview with then labour minister Errol Mahabir. The minister was avoiding the media.

He came across to my small desk, asking if I could do it.

But how will I get in touch with Mahabir? I asked, quite foolishly.

That is a question a good reporter must never ask, he replied, with his typical, disarming smile. Use your personality, your contacts, anything, but try your best, he pleasantly instructed.

I remember that because it appeared as a basic lesson in active journalism. I did get the interview. As he received the typed copy from me, he declared, “I knew you could do it.”

At that time, too, he felt the paper should publish more political stories.

“What about if you do a series of interviews with our politicians, talk to Lloyd Best, James Millette and so on?”

I did, even going down south to interview Ashford Sinanan, whose political design for the general election seemed to split the Indian vote with his “new” party. Anyhow, Millette called Best an “intellectual adventurer” and Best returned similar compliments. David relished the series.

One afternoon, David walked across to my desk with an editorial I had written for the next day’s issue. He calmly said, “You could make this comment stronger, but if you think it is fair, you could leave it so.” Or words to that effect. He said it with such respect that I happily followed his suggestion and changed the text.

After the 1970 Black Power protests, there was the rebellious youthful National Union of Freedom Fighters (NUFF). Hiding in dark places, they were under the guns of then Police Commissioner Randolph Burroughs. They appeared a mysterious bunch. I told David I had a contact inside NUFF and would like to interview them.

Giving me some fatherly advice, he asked if I could really trust my contact.

Quite encouragingly, he said okay, but carry a photographer. I didn’t. We had no cell phones or internet those days. Anyhow, blindfolded and late at night, I was taken to the Belmont hills.

I did the interview. He put the unedited story on the front page of the Sunday Express.

To me, David was the kind of editor for whom a reporter would have no problem working beyond the call of duty. When I returned to Toronto, I continued being an Express correspondent. He asked me to cover the Commonwealth Heads of Government conference in Ottawa and interview our delegate, Francis Prevatt.

I explained the difficulties in travel, accommodation, etc. Once again, he gave me the “you can do it if you try” mantra. And I did, sending both stories and pictures, including an interview with Guyana PM Forbes Burnham and his devoted attorney general, Shridath Ramphal.

Indeed, David used both “experience and knowledge with the power to apply them critically.” When I returned in 1974 for another three-month stint at the Express, he was gone.

Today, the lavish praises of him are quite deserved. 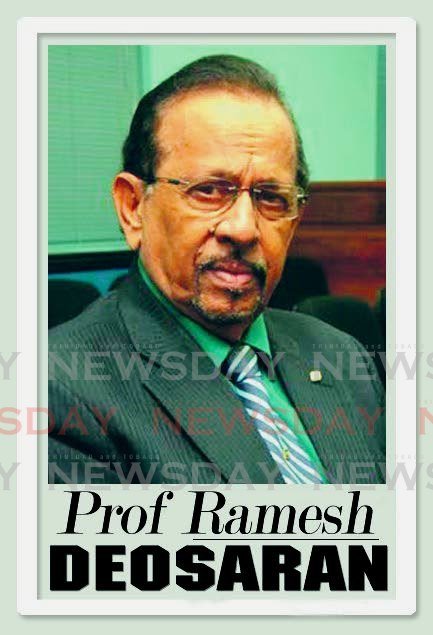