Moruga/ Tableland MP Dr Lovell Francis has advised recipients of the Ministry of Housing and Urban Development housing and village improvement programme to take the $120,000 starter houses and transform them into homes.

Francis, who admitted to being under the effects of the cold, said it would not prevent him from “paranging” their homes to beg for a “nice” sweet bread.

Housing Minister Major General (Ret’d) Edmund Dillon, who was also scheduled to attend the ceremony, was not able to attend owing to an emergency.

There were two key distribution ceremonies yesterday, the first at Todd’s Road, Mamoral on Friday morning and the second at Indian Walk.

In his remarks, Francis said his wish was for recipients to go on to complete the starter houses.

“I really want you to take it and make it yours so when ah pass ah could beg for a nice sweet bread in your nice house. Come and hit you a parang parang.

Francis recalled five years earlier, he and the PM were walking in the constituency when the PM told him that when they were elected into government, “we would do something serious about the housing problem” in Moruga.

Earlier, Land Settlement Agency CEO Hazar Hosein said the recipients would have to construct the internal walls, lay the ceiling tiles and painting of the houses.

“Make it a complete home at the end of the day.” 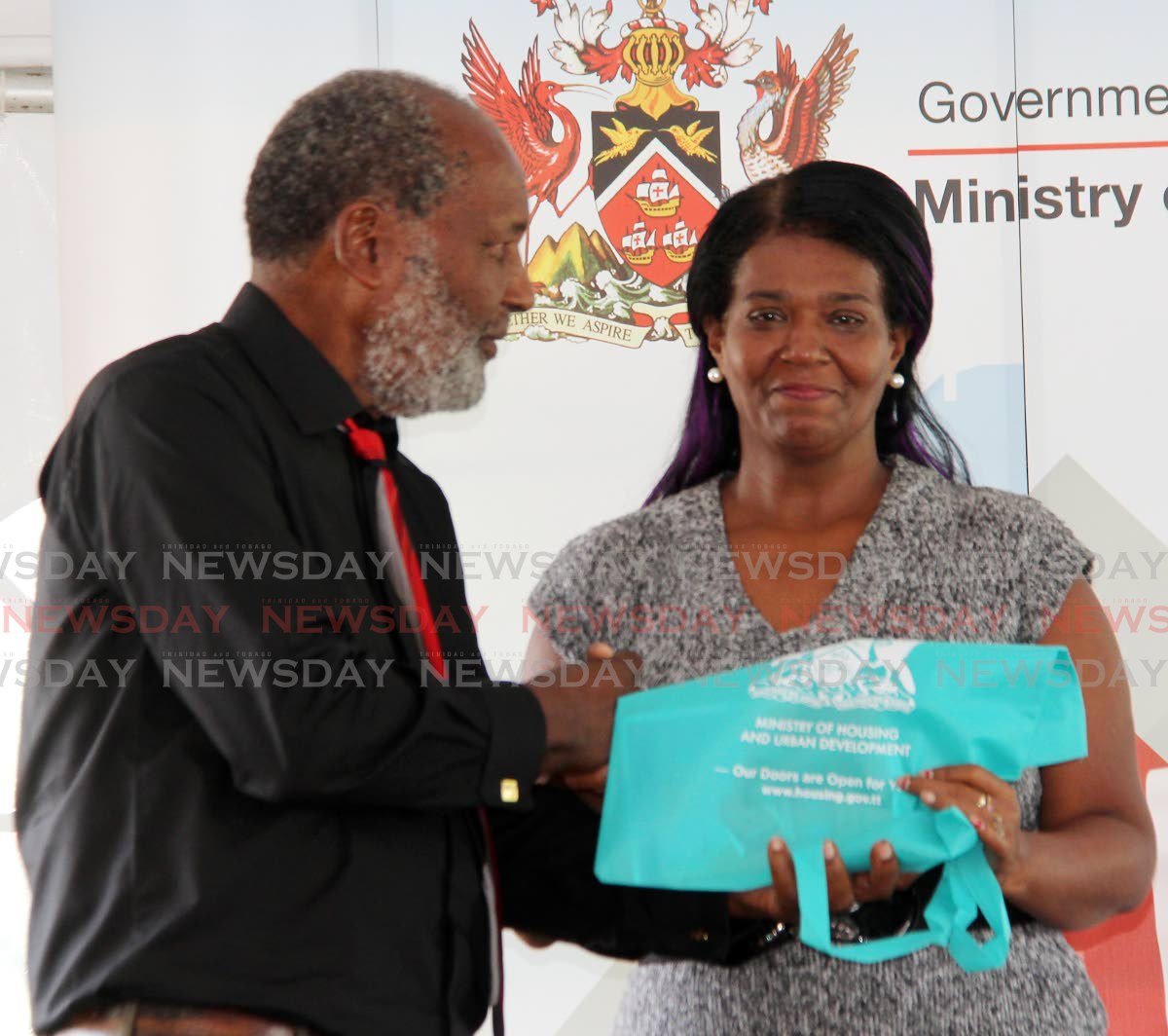 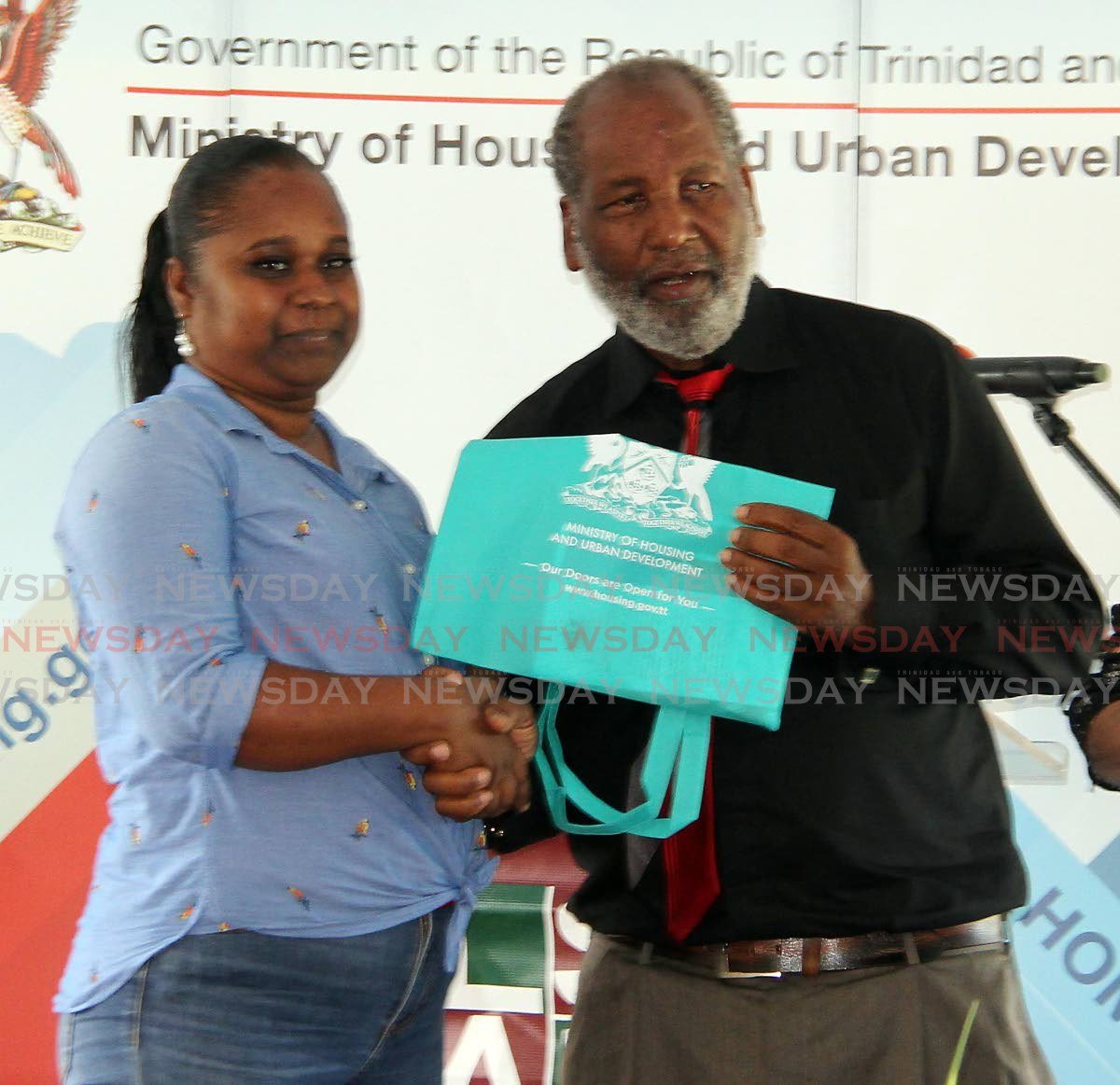