How’s your THC tolerance? Part two of the Cannabis and Psychosis series discusses the strength of your smoke.

JACK (not his real name), a weed dealer from east Trinidad, has been selling marijuana for the past four years.

The primary types of weed coming into the country are Colombian block press and "high-grade" medicinal marijuana, along with what's locally grown.

The Colombian, he said, has a much lower percentage of THC than the high grade. The average price of a quarter ounce of Colombian is $150 and the high grade costs $150 a gramme.

Leafly, a cannabis resource website, lists Chiquita Banana as the strain with the highest tetrahydrocannabinol (THC) (the active, "high"-inducing ingredient) percentage, with 26 per cent. Kushage and Motorbreath have 25.5 per cent. Ice Cream Cake and Sunshine have 23.5 per cent. GSC, formerly Girl Scout Cookies – a popular strain locally – has 19 per cent THC. 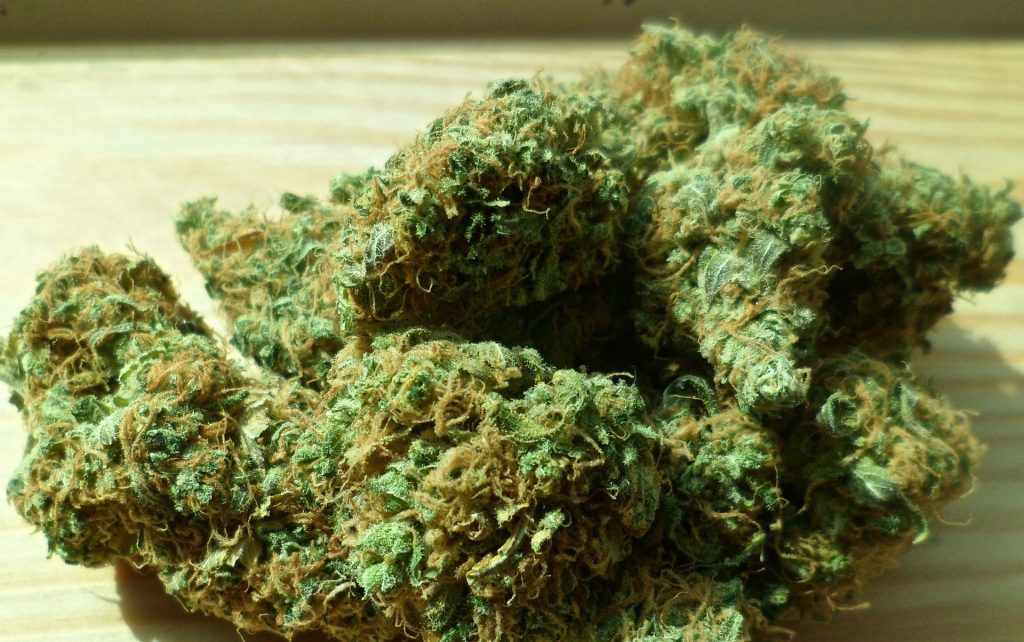 These types of high-grade cannabis, Jack said are brought in from California and can cost $600 for a quarter ounce.

Jack said people would like to smoke high grade, as the taste, high and experience are better, but most buy the Colombian, which he guesses has ten
per cent THC.

"The high grade is a better quality overall, but it's really who could afford it. Everyone settles for the cheap stuff. It's the doctor clients who buy it, because they are overworked in the hospitals right through and need to relax."

His customers who buy high grade are actuaries, accountants and business owners.

There are thousands of strains of cannabis with varying strengths. Some cannabis strains are potent, and some are tasty. Cannabis expert Marcus Ramkissoon told Newsday it is difficult to get a high level of both from one strain. However, every few years, a strain comes onto the market that is so potent and tasty the name gets over-used by weed dealers to push their product. Strains such as kush, skunk and purple haze are mislabelled so people will pay more for the weed.

Ramkissoon spoke to Newsday on November 28 from a cannabis lounge in Barcelona, Spain via a WhatsApp phone call.

Back in the 80s, the popular strain with the best taste and best high was the hazes such as purple haze. Any weed with a little bit of purple in the 80s and 90s, Ramkissoon said, was called purple haze – even if it wasn't. After that came skunk, a strain that became known for its potency and good taste.

As skunk became synonymous with good herb, dealers sold strains that were not skunk and called it skunk. After skunk came kush, which dominated the market for 20 years.

"All the stuff they call kush in TT is not kush whatsoever. All the Colombian we import, which are hundreds of different strains by themselves, not dried and cured properly so they all look brown and terrible – none of them is kush, not one.

“They call it kush because they know kush will sell. This is how we have the mentality that kush is the strong thing and it's dangerous, or skunk is the strong thing. That's ridiculous. There are hundreds of strains that are way stronger than kushes or skunks."

These strains with potent THC are in every market around the world, including TT. 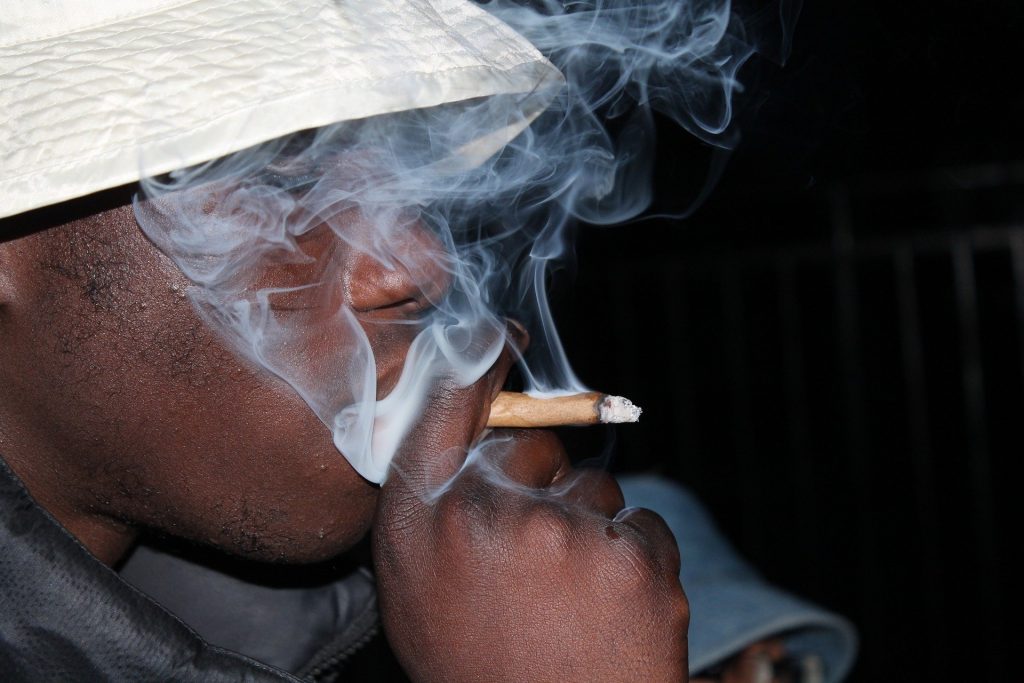 Potency in the strains up for debate?

A first-time weed smoker has a drastically different tolerance from a frequent user. Researchers claim the THC level of more potent strains causes psychosis, but Ramkissoon said that is up for debate.

THC increases dopamine. Ramkissoon said the higher the THC in the weed, potentially the faster dopamine would increase in the smoker's system. However, the more one smokes the more tolerance is gained.

"If you are a regular user like myself, then your tolerance for the drug would be high and probably my dopamine threshold was already high. I handle stress well. So if I cross my threshold, my reuptake system brings it back – healthy brain, if you want to call it that. A strong THC strain is not directly responsible at all for the psychosis."

Someone with a low tolerance level, such as a first-time smoker, he said, could use a strain with three or four per cent THC, and still activate their symptoms.

"Remember, those first-time and new users, they don't smoke a joint and then smoke a next one. They get really high off of two-three pulls." 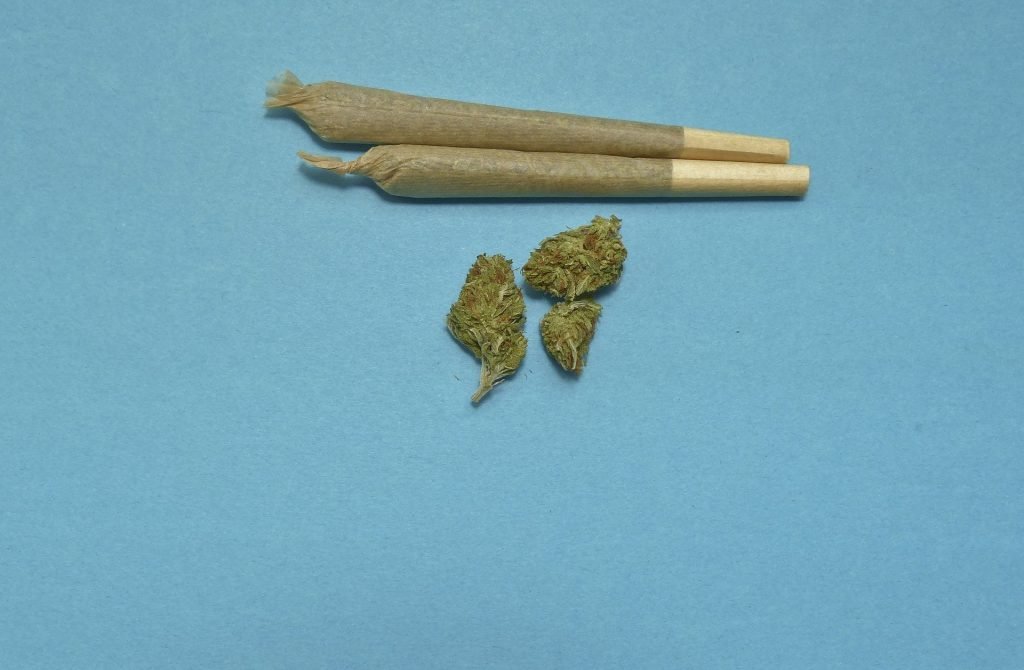 The Cannabis Control Bill makes allowances for medical marijuana, and it will be up to the physician to decide what strain and potency would be best for the patient.

Restriction of the amount of THC is not necessary, Ramkissoon said. Rather, standardised dosages should be prescribed, so the patient would know what per cent of THC was in products such as tablets and oils. The patient should also know how much is too much for them to consume.

"Bringing standardisation to the industry is a big part of the legislation on a whole. That's why in the information I put forward in the regulations, I did a delineation between prescribed and non-prescribable medicinal cannabis. Non-prescribable, basically, (is) that cannabis you cannot exact a standardised dosage from."

The cannabis flowers that are smoked are difficult to standardise and prescribe.

Ramkissoon recommended these buds be sold on the recommendation of a physician, as opposed to a prescription. That recommendation can then be used in a medicinal cannabis dispensary, where the patient can access the buds and oils.

"If you want products with standardised dosages, like CBD tablets, you get a prescription from your doctor and you access that at the pharmacy. We don't want to put flowers in the pharmacy at all."

Ramkissoon submitted more than 300 pages of relations for a dispensary system to the government. These include training for doctors and pharmacists in how to dispense marijuana to patients. He is working on creating a training programme for physicians to learn how to properly assess and diagnose people who want medical marijuana – cannabis and cannabinoids prescribed by physicians. Medical marijuana is used to reduce chronic pain, ease menstrual cramps, reduce nausea and vomiting during chemotherapy, improve appetite and treat forms of epilepsy.

"Because people have different tolerances, you can allow for different THC amounts in the different strains. You don't have to restrict the strains and say, 'Oh, only strains with five per cent or ten per cent,' because then you encourage a black market to stay open. The same medicinal patients who want something stronger can go on the black market.

"So you train the doctors properly, because they never learned it in school, and teach them about the endocannabinoid system – what it is, how it is a big regulatory system, as big as your immune system – the biggest amount of receptors in your body is the cannabis receptors. That should show you how effective this plant can be."

His plan for TT is to create an evaluation system, with some doctors and the chief medical officer, under which a primary psychological evaluation will be done to determine someone's susceptibility to psychosis.

"We may possibly have a lot better chance of seeing who should and shouldn't use THC and they would get a recommendation for CBD only, so they could still smoke, but they can't smoke THC.

“They go into the dispensary, and if we successfully close the black market...then we would be able to affect people using it in the proper way, and we will not have a psychiatric fallout."

Reply to "The strain game: how much is too much THC?"