This initiative to hold chess tournaments came about, on March 8, when former chess player Savon Sama saw the need to give back to communities.

Kerry Rampersad, representing Lynette Rampersad foundation, is instrumental in organising the chess tournaments. The foundation was established to help families with medical expenses outside of TT, clothes, food and cancer care, but the foundation also sees the benefit of sport. Sama is thankful for the foundation’s support.

The top girls primary school player was Kirsten of UWI Primary, who has only been playing chess for the past eight weeks after being introduced to the game by her father.

Amiah Bunting, also new to the game, was the top Under-8 girls player. Avery McCarthy and Micaiah Mitchell were the top girls and boys Under-5 players respectively. 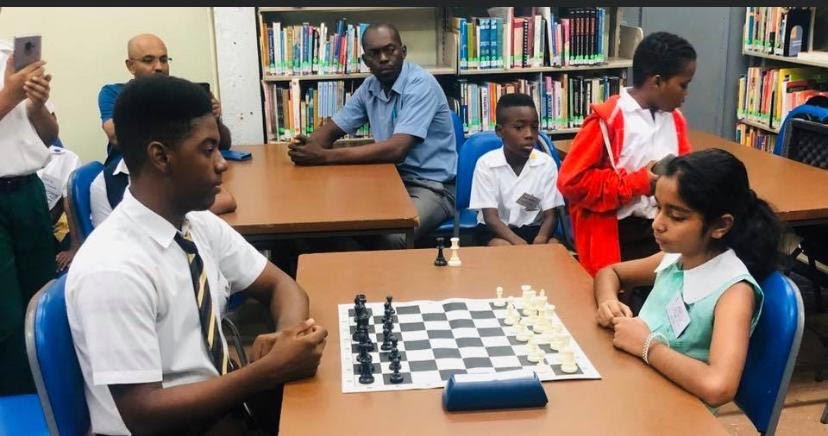 Secondary school students also showed their talent with Fuentes, of St Benedict’s College, winning all five of his games to finish as the top participant. The St Stephen’s College pair of Avinash Ramlochan and Michael Hosein were second and third respectively.

Harrilal, of Arete Institute of Science, was a class above the rest in the secondary schools girls category.

Fuentes, 18, battled Kirsten, nine, for the challenge trophy with the former coming out victorious.