THE Cocorite man who was reported to have been threatened by Police Commissioner Gary Griffith is denying he was ever physically assaulted or had his life threatened.

In a four-page sworn affidavit signed on Tuesday and stamped by commissioner of affidavits Cindy Sinanan, Cecil Skeete said although Griffith thumped a desk at the Four Roads Police Station in June, at no time did Griffith touch him.

Skeete, 50, of Henderson Lands, Cocorite, swore that he was at home when police came and arrested him and others in June. They were taken to the station, and while there, Skeete said he saw an officer whom he identified as a corporal.

The corporal, he said, told him Griffith would visit him soon. Some time later, he was taken to a room where he heard a voice tell the corporal to leave the room. He said when he raised his head, he saw Griffith.

Griffith, he said, greeted him with a “Good day” and asked if he was Cecil Skeete, alias Squeeze, which Skeete confirmed. He was then told to have a seat while Griffith sat on the opposite side as men with “machine guns” stood around Griffith.

He said Griffith then asked about gangs and gang membership, which Skeete denied knowing anything about. When asked why his name would be called if he was not involved in criminal activities, Skeete explained he had been vocal about alleged corruption by officers in the Western Division and, as a result, he would “get put up.”

He said Griffith did not believe him and accused him of lying about the police.

Skeete reported, “I became frightened since he began raising his voice and beating the tables while talking to me. He also, at times, stood up and reached over towards me while pointing his hands at me and speaking loudly.

But, he said, “Despite this firm and aggressive behaviour of the Commissioner of Police, neither Mr Griffith nor any of the other persons in the room had any physical contact with me or threatened my life or personal safety.”

Skeete said after his interrogation, the corporal returned to the room, escorted him back to his cell and then questioned him about what had happened.

He wrote, “I told (name called) that it was the first time I met ‘allyuh commissioner’ and he is a fool because of the rough manner in which he spoke and acted towards me. The officer then advised me that I should take action. He (the corporal) made remarks such as ‘Gary and them is not no real police, them contracted – never go through police training and don’t know police work, and does want to do what they want in the police station and don’t follow protocol.’”

Skeete said the corporal told him he was going to put something in writing and have him sign it before leaving the station, in case anything were to happen to Skeete.

He added that he was advised to make an official report to the Police Complaints Authority. He promised to do so, but never did after he was released.

Skeete also claimed he never signed any statement claiming to have been threatened or otherwise assaulted by Griffith.

But, he said, “I awoke on Sunday 24th November to phone calls from friends, family and concerned persons who indicated to me that I had an article on the Express (newspaper) making serious allegations against the Commissioner of Police Mr Griffith.

He spelled out: “I wish to state categorically that I was never assaulted, threatened or anything else as my person or that of my family by the Commissioner of Police at the Four Roads Police Station in June 2019 or any other time or at any other place.

Skeete said he is “quite disturbed, traumatised and seriously concerned” and his family is now uncomfortable and living in fear.

“I don’t know how our Christmas will be since my wife and kids separated from me because of these reports,” he recorded.

He added that since the article was published, he had visited the St James police station, where he gave a statement to Insp Ramjohn.

Contacted for comment on the affidavit, Griffith said he could not say much on the issue, but believes there is a conspiracy between rogue police officers and “certain members of the media” to discredit him and the police service.

Asked for the record if he had bribed, threatened or otherwise induced Skeete to make the declaration, Griffith became angry and said it was “a stupid question” before hanging up the phone. 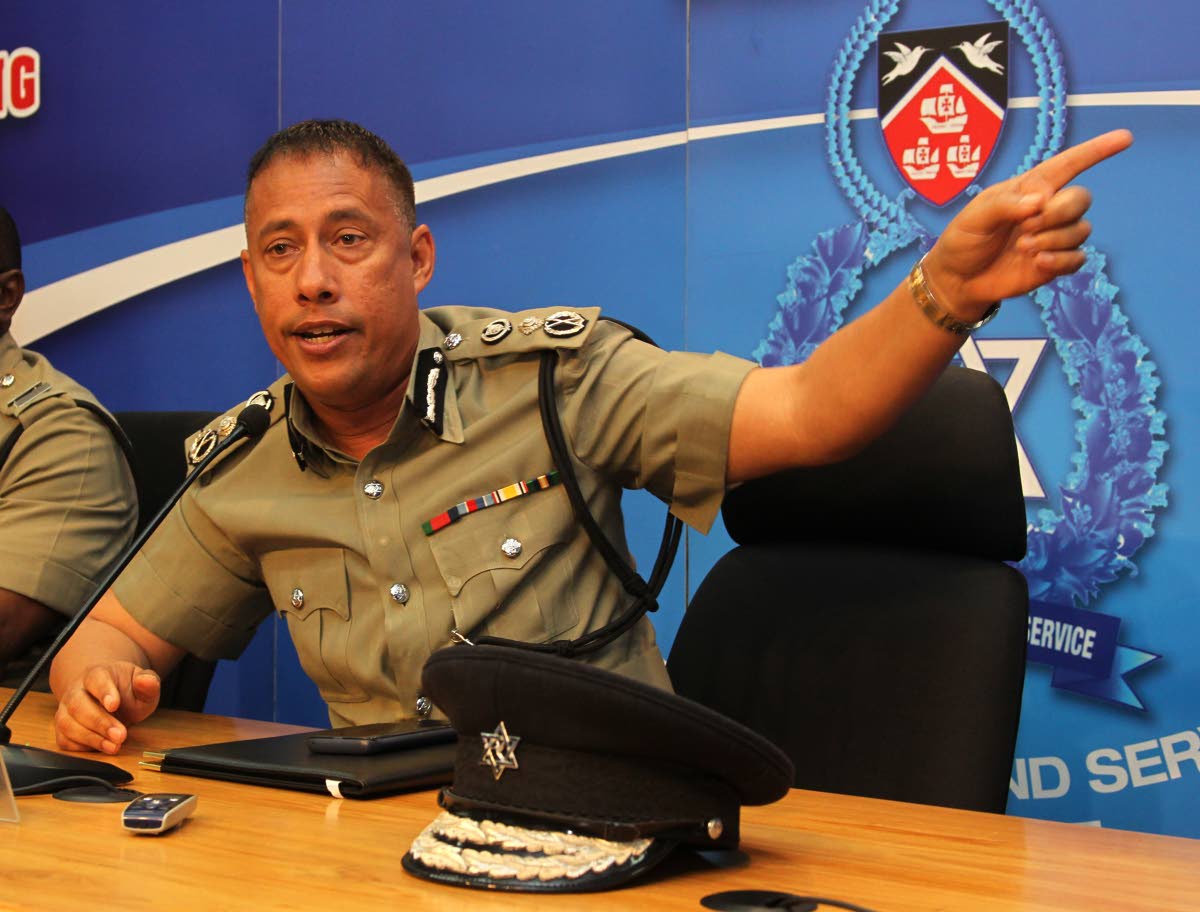