San Juan East Side Symphony create pan history on Saturday at the Grand Stand Queen’s Park Savannah at the NLCB National Single Pan Panorama competition. The band from Petit Bourg emerged as winners for the second time in a year.

The band took the first place in the 2019 competition during the Carnival season and again on Saturday for 2020.

The judges were unable to separate Arima Marsicans from San Juan East Side as they both amassed 284 points for their execution of Marlon White's arrangement of Johnny and Carlan Harewood's arrangement of Guitar Pan, respectively. These two bands went into the final round tied in first place.

On a night when young arrangers showed off their musical ability every band felt like a winner. The new dispensation of Panorama in November was a financial loss but it augers well for pan. Pan was the winner on Saturday night as the players and bands gave the scarce audience a very good show.

There were several hiccups throughout the evening, but the worst was the stage being too small for the occasion.

Traditional mas characters brought each band on stage but they all had to fight for prime space.

Shades in Steel came in third with a fantastic execution of Golo arranged by Dante Pantin while the Police Service Steel Orchestra placed fourth with their rendition of Mystery Band arranged by Kern Sumerville.

San Juan All Stars came in fifth with their performance of Mystery Band arranged by Renaldo De Pieza.

Here are the results of Saturday’s final: 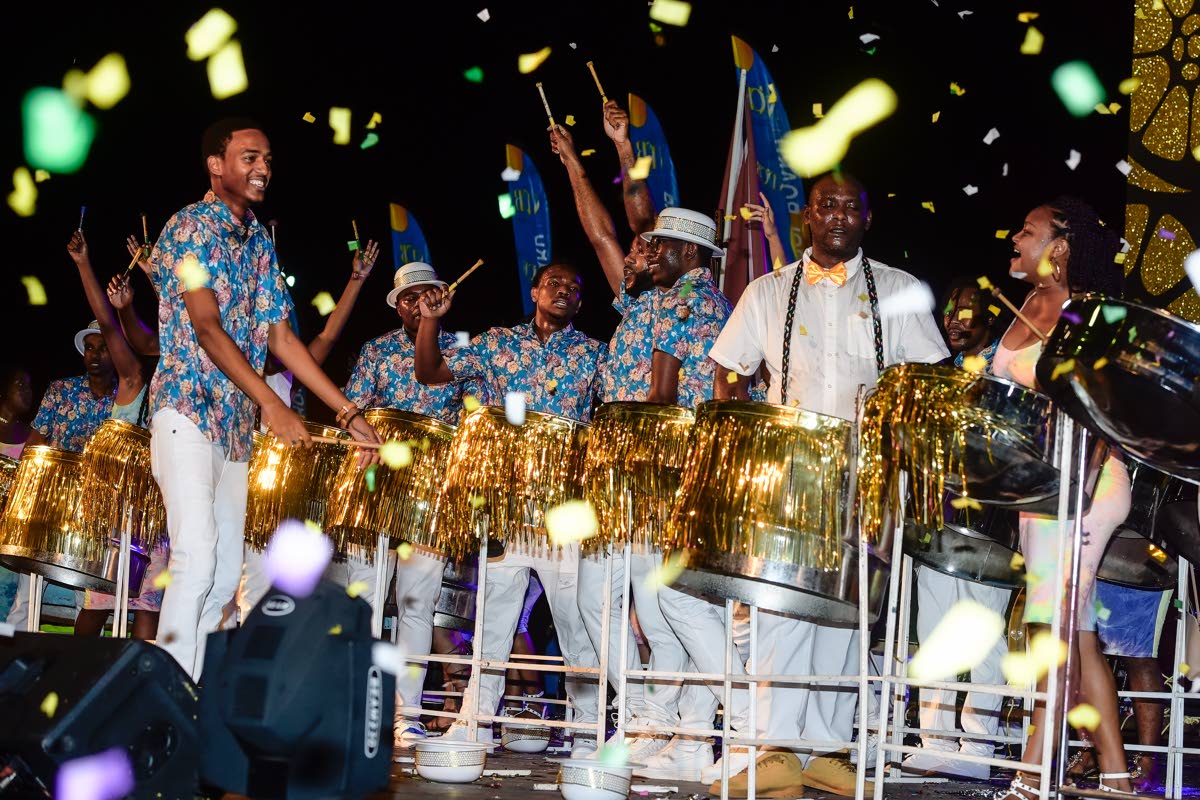