San Juan East Side Symphony tied with Marsicans for the top position in the National Single Pan Panorama competition at last Sunday’s semi-final round at the Arima Basketball Court.

Coming out the winner from the preliminary round with 268 points, the Petit Bourg-based, defending champion San Juan East Side added five points to its total for its rendition of Carlan Harewood’s arrangement of Kitchener’s Guitar Pan.

The surprise of the night came in the form of Marsicans who went into the semis in fourth place tied with two other bands. The Arima band tied with San Juan East Side with a total of 273 points, a jump of 13 points from its preliminary score, for its performance of Marlon White’s arrangement of Johnny.

The TT Police Service came in third with 269 points, a leap of 19 points for its spirited performance of Kern Sumerville’s arrangement of Mystery Band.

Also playing Mystery Band arranged by Renaldo De Peiza, San Juan All Stars jumped 13 points to 266 as it thrilled the audience with its performance for the fourth place.

Playing in position three, Shades of Steel was the early frontrunner on Sunday evening and improved its score by 19 points placing fifth with Golo arranged by Dante Pantin.

Pan Angels, a band of youthful players from Bhadase Trace, Enterprise, was also a talking point among patrons as it delivered Ricardo Dennis’ arrangement of Nadia Batson’s popular song, So Long, which placed them in the final.

Thirty-one bands faced the judges in an eight-hour show which produced a high standard of music and attended by Minister of Community Development, Culture and the Arts, Dr Nyan Gadbsy-Dolly, the Chief Executive Officer of the National Carnival Commission Colin Lucas, Mayor of Arima Lisa Morris-Julian, along with Pan Trinbago’s President Beverley Ramsey-Moore and members of the Central Executive.

Here are the results of the semi-final round.

Brimblers Me Eh Fighting No Man 261 7

Pan Stereonetts Love in The Cemetery 243 27 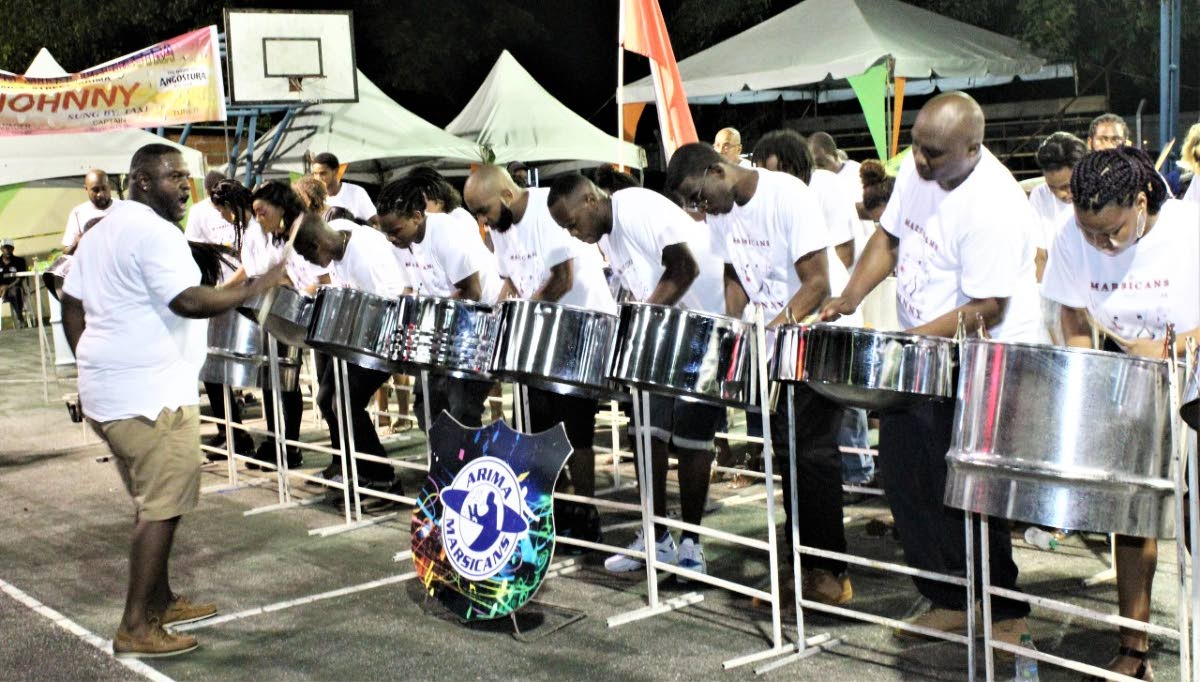