NATIONAL Petroleum Marketing Company (NP) and Paria Fuel Trading Company on Tuesday sought to assure the public that there was no fuel shortage in the country. But, several Unipet stations were closed. This resulted in many drivers going to NP gas stations to get their fuel. These events happened as the Petroleum Dealers Association called for more sustainable fuel margins for dealers.

In a statement, Paria said it loaded road tank wagons from NP and Unipet at the Pointe a Pierre gantry between Saturday and Monday.

NP said its operations are running as normal and there is no need for panic buying, "since this will only serve to cause fuel shortages at the pump.” The company said the placing of orders for all fuel and deliveries were taking place as scheduled.

In an interview on CNC3, Unipet CEO Dexter Riley said consumers can expect some hiccups in buying gas. In a subsequent statement, Unipet said in an effort to reduce its operating costs, it and some association members cut back their operations yesterday with stations being scheduled to re-open at 6 am today.

Unipet said this is was in an attempt to trim operating costs "which have been severely impinged by the regulator not providing sustainable margins to the industry." The company said while non-Unipet stations can approach the regulator to make-up any shortfall in operating cost, "there is no coverage for our shortfall, and we are left with no option but to reduce our operations." Unipet apologised to its customers but said it had no other options.

In a statement, the association said the current margins place financial limitations on dealers. "Our expenses are greater than our income, and while we are continuously taking measures to reduce expenditure, the model itself is unsustainable." The situation, the association continued, has reached a stage where "we can no longer pay for fuel on delivery, so we are forced to take fuel only when we have the funds to pay for it." The association said NP dealers earn around $2.50 for every $100 fuel sale by cash and around $1.10 for every sale by electronic cards.

The association said dealers "are expected to pay all their operating expenses from this." The association also said margins per litre, which dealers receive for super, diesel and premium fuel, are 22, 17 and 22 cents respectively.

Under supply agreements with NP, the association said it cannot close NP gas stations. The association added, the situation will put all gas stations under considerable strain for the duration of this action. Since the petroleum industry is still rigidly controlled by the government, the association said it cannot increase margins or source a cheaper supply of fuels. It said it takes its responsibility to the travelling public seriously, but it cannot continue under the current pricing and tax structure. The assocation said, in 2017 Finance Minister Colm Imbert granted a five cent increase in the margin while simultaneously increasing fuel prices.

This, it said, has impacted negatively on Unipet's working capital and ability to make timely fuel payments to Paria.

NP, the association continued, is faced with similar constraints and collects five cents out of the dealers' margins as rent, and this is not enough for them to sustain their operations. The association said NP does not operate any of its stations, but contracts them to the dealers who "provide the capital and the manpower to do so." The association also said NP provides fuel to 115 gas stations in Trinidad and Tobago, the airports and the inter-island ferries. 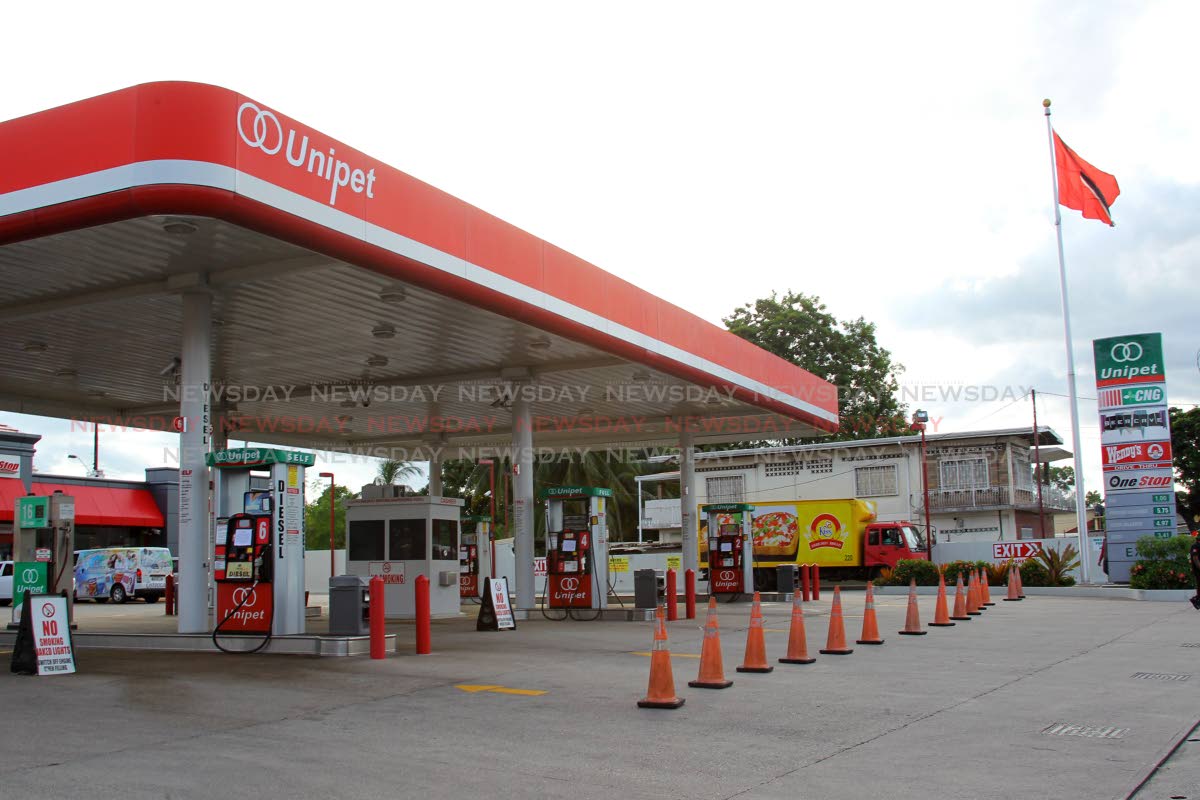