Teachers at the Scarborough Secondary School abandoned classes on Monday after a burning scent was detected for the second time on the school's compound.

Newsday was told on Friday the teachers suspected there was a fire on the compound when smoke emanated from one of the school's buildings.

Teachers along with students were forced to evacuate the building.

TT Unified Teachers Association (TTUTA) Tobago Officer Orlando Kerr, speaking to Newsday yesterday, said a report was made to the Division of Education on several occasions before Friday’s incident.

Newsday was told, as teachers returned to classes on Monday the smell of smoke was still in the air, causing teachers to leave the compound.

Kerr told Newsday TTUTA advised the teachers not to return until the issue was rectified and the building was safe for classes to continue.

“The division said the fire services cleared it (the building) and now today the same thing happening. We have advised our members not to return, let them have an electrical inspector check the building properly, provide a certificate of clearance and then the teachers will return.”

He said it was not a protest by the teachers but rather a health and safety issue plaguing the school.

PRO of the Fire Services, Tobago division, David Thomas confirmed “there was a fire-related incident” on Friday.

“We responded, including me. The school was checked. However, although there was a strong stench of material burning, there were no signs of fire,” Thomas said.

He said their preliminary investigations revealed there might be a need for a comprehensive inspection to be carried out.

“On Friday we did give the clearance and advised to isolate the block that houses the lab. But after Monday’s event, we have seen the need to do an in-depth investigation.”

The Division of Infrastructure, Quarries and the Environment and fire officers will investigate the incident on Tuesday.

Thomas said once all investigations are completed and the place is deemed safe, a certificate of clearance will be an issue “once it becomes necessary.”

Division of Education, Innovation, and Energy, in a release, said it had decided to replace all the four-foot fluorescent bulbs in the Science Block, with LED wraparound fixtures. Forms one and two classes will be suspended Tuesday to accommodate those changes.

“These LED fixtures are not only more durable and cost-effective but are considered safer than fluorescent fixtures. An assessment of the electrical circuitry of Block A is expected to be conducted to determine whether other remedial works are required.” 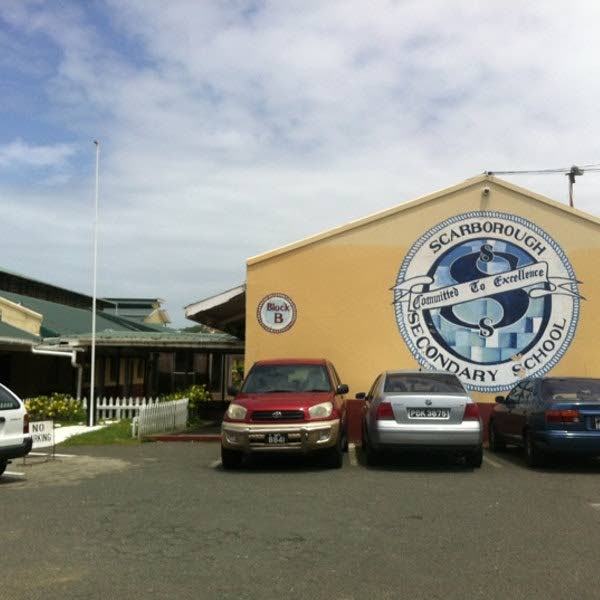