WHILE glad to formally open a $10.8 million walkover for Diego Martin residents, particularly students of the Four Roads Primary School, Minister of Works and Transport Rohan Sinanan lamented that elsewhere, many pedestrians cross busy highways by walking under walkovers.

He said on Tuesday, he was concerned after seeing a recent video posted on social media showing adults and children crossing the Beetham Highway by walking under the walkover at Sea Lots, Port of Spain.

Sinanan said after a woman and her children were killed by a speeding car on the highway at Sea Lots some years ago, people protested. But after a walkover was built, many do not use it but risk their lives to cross under it.

He said the road intersection at Four Roads, Diego Martin was a known danger zone. He named two people, one of whom had died, who were hit by cars. He hailed the overpass over the Diego Martin Highway as “an investment in the community.”

Education Minister Anthony Garcia also implored the students to use the overpass, noting a teacher from the school, Dexter Pollard, had died “in circumstances of safety.” Pollard was found dead when his car crashed into a billboard. Relatives said an autopsy showed he had suffered a heart attack before the crash.

The Prime Minister also urged students to be cautious.

"As of today, not a single one of you should ever cross the highway without going over this overpass, no matter how busy you are.” Warning against jaywalking, Dr Rowley said drivers will see the walkover and assume pedestrians are using it, and travel at speeds at which they are not expecting to stop. “Know that the driver is not expecting you and may not stop in time.” He said as MP for Diego Martin West, the overpass was a big load off of his shoulders as it will reduce parental fears for their children’s safety crossing the highway.

Rowley recalled the strict discipline on the road of teachers in his childhood days in Tobago including detention, all under the motto that a breach of common sense was a breach of the school rules. He said overpasses to be built at UWI, Macoya, Trincity and Golden Grove will create a zone without traffic stoppage, and so lift the country’s productivity.

A touching moment ensued when a girl formally thanked Rowley and opined he should be Prime Minister forever. A smiling Rowley replied, “This job is a very hard job. I promised to do it for a while. But forever?” Rowley also chuckled when a boy, about six years old, said he wanted to become Prime Minister. Actress Nikki “Granny” Crosby quipped that the youngster was seeking to take Rowley’s job.

Afterwards, Sinanan told reporters the budget had made his job as PNM campaign manager a lot easier, reckoning the fiscal goodies would benefit 300,000 to 400,000 citizens. While the estimated budget expenditure is estimated to be $1 billion more than last year’s, he hailed its creativity. Ministry PURE Unit head Hayden Richards said the overpass had been built between January 21 and October 2 and within budget. 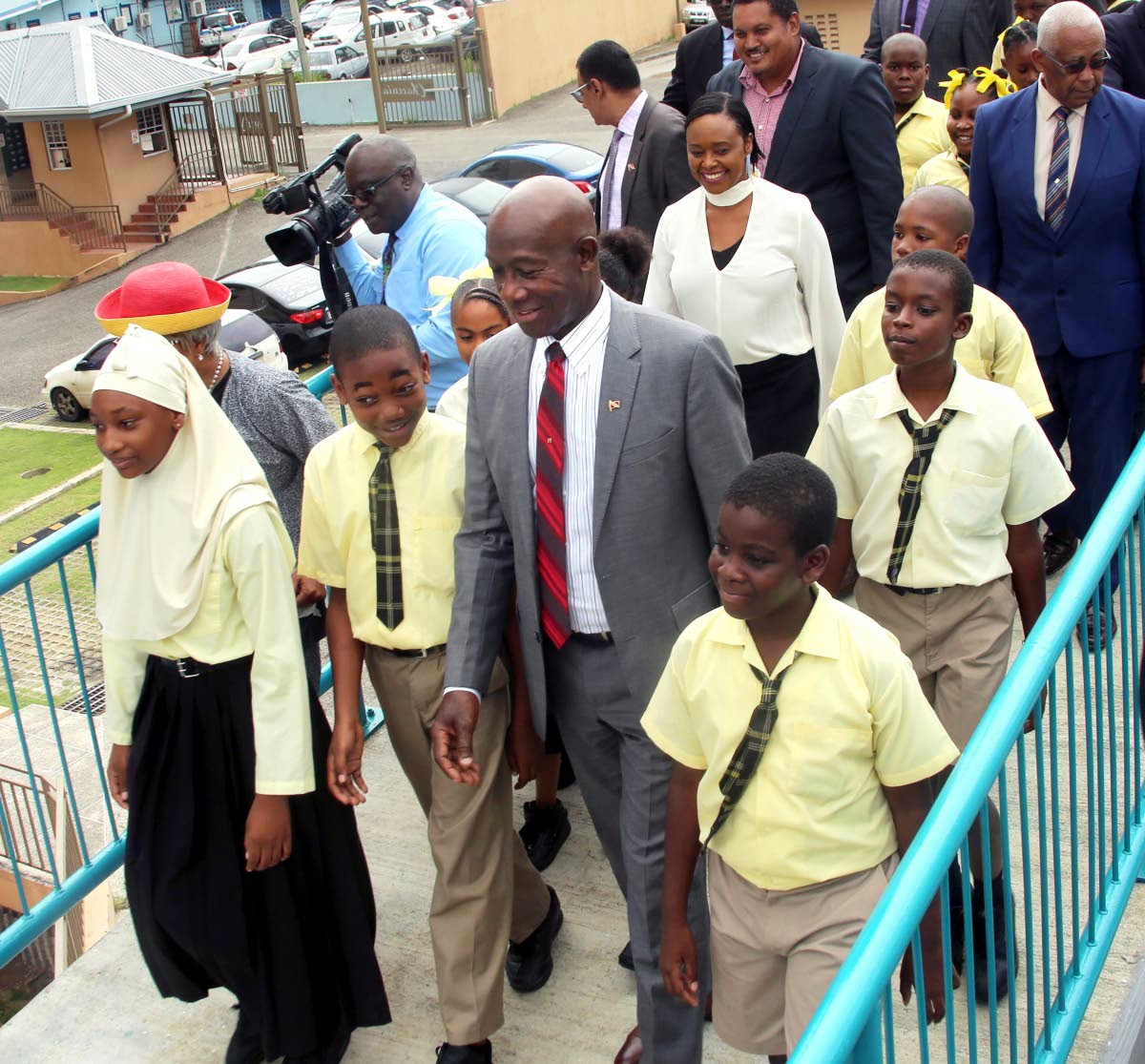