"Honestly, I really just want to make an impact. My goal is to make a positive impact on whoever I meet, wherever I go. Whether it may be to give someone hope and encouragement – or even just a bit of advice."

TT-born NBA pro Kibwe Trim said he is passionate about leaving a positive mark on society and everyone he meets before his life is over.

Even though it is not always easy, he said he is always chasing his dreams with discipline, determination and dedication. "I also understand that life is short and I do my best to live in the moment and enjoy as much of it as possible. A mantra that I love and strive to get as close to living it as possible is 'Live every day as if it were your last!'"

Growing up academically inclined, he maintained above-average grades – often placing him at the top of his class. His mother was a teacher and father an engineer, but neither suggested any specific profession or sought to nudge him in any specific direction. "They just wanted me to take my studies seriously. I would guess based on how well I did in school my teachers thought that I would have gone on to become a doctor, lawyer or engineer."

Trim started playing basketball at 13, standing six feet four inches tall, he said, in retrospect, he realised it could have been a calling.

"At St Mary's College, my coach and team-mates literally begged me to play basketball. I reluctantly obliged.

"I honestly didn't want to play basketball. Growing up football, soccer for Americans, was my favourite sport and I literally played it every chance I got."

Trim played at three different age levels in secondary school. He played with two separate club teams, and also represented TT on the national basketball team. "I played at every local gym whenever I had the opportunity. I was focused because I knew that this game could effectively change my life."

"At 13, I had no clue what I wanted to do as a profession. But once I realised basketball could potentially provide me with an opportunity to get to college and get a free education. I latched on to it aggressively."

By 17, he started college, by which time he was focused on basketball so much that it was the only thing he could see myself doing professionally after graduating.

When the time finally came for him to decide on a professional path, though he knew it would not last forever, a professional basketball player was the only thing he could see himself being, and that is exactly what happened.

Trim went on to attend Sacred Heart University in Connecticut where he was a star basketball player. He graduated with a bachelor's degree in computer science, after which he did a master's degree in information technology.

The pro basketball player has dabbled in a number of realms outside sports, having formed a non-profit foundation called DreamChaser International while still playing basketball as a professional.

"It is an organisation which provides tutoring, mentoring and financial aid for children in underserved communities. We have served thousands of kids across the globe. Whether it be through workshops, toy drives, shoe drives, read aloud, clinics and things of the sort, our goal is to encourage and motivate young people far and wide and to let them know that with discipline determination and dedication they can turn all of their dreams into reality."

Trim actively participates while overseeing the daily functions of the organisation – hands-on with all projects undertaken by the foundation.

"I also launched a company called LA Lime. It curates various social networking experiences that bring people and business together."

Business starts with a conversation, he said, and in this day and age where physical interaction has been replaced largely with technology and social media interaction, Trim believes there is a need to promote face-to-face human contact for business and networking.

"I am also a published author and paid motivational speaker, making presentations to youth and corporate audiences locally and internationally."

Trim also dabbled in the entertainment industry, being cast in many commercials. "I also acted in a Russian produced movie titled Three Seconds. This movie is still currently the highest-grossing movie ever produced in Russia."

He is also a real estate investor. "Clearly I function in many different capacities. They all keep life interesting and allow for constant growth and learning."

Asked to share three things in his life of which he is most proud, Trim listed: the launch of his non-profit foundation, winning a championship and self-publishing a book.

Launching the non-profit he said was connected to a passion felt during his youth. "Ever since I was a teen I always knew that the day that I could give back to the younger generation coming up behind me that I would do so wholeheartedly. I always knew if it weren't for some of the people in my life who pushed me and encouraged me along the way– my path could have been completely different."

He said he has always given back to the community as best as possible, but launching the non-profit foundation officially in 2013 was a great accomplishment for him as it would allow him to take his charitable efforts to a higher level and impact the world on a larger scale.

When talking about having won a championship, he said, "Every athlete has dreams of winning the ultimate prize which is a championship but many of them complete a full career without achieving this feat."

He said he was able to win one championship as a professional and it remains a great source of pride. "No one can ever take it away from me!" It is a feeling like nothing else in life, he said, and the joy he felt in that moment was indescribable. "As long as I live I will always be known as a champion!"

Self-publishing his book – From Nerd to Pro – was born from the desire he always had to tell his story. "Again, the reason mainly was that I wanted children to know, just as I was able to succeed through hard work and dedication – that they could do the same and more."

Trim procrastinated for years with the idea of writing the book but eventually gave himself a deadline and got it done. "The book has been touching to so many lives and I use it as a tool of encouragement each time I am booked to speak to youth at schools, churches or teen organisations. It even plays a role in my corporate speaking which most times involves me teaching corporate employees about the athlete's mindset.

Asked about the scariest thing he would have done outside his comfort zone, Trim said he struggles to think of a scary thing. "Two things I have not done yet are bungee jumping or sky diving. Both of those things I would think are scary but before I die I'm going to have a go at them!" That to say he approaches life in a bold way – not shying away from opportunities to push the envelope and keep evolving.

Asked about a major challenge he had to overcome on his professional journey, Trim said, "Early in my basketball career I suffered a back injury during my first year of college. I was in debilitating pain to the point that some days when I woke up it was difficult to even get out of bed." For a moment, he thought his basketball career was going to be over before it really even began. "This injury caused me to not play a year of basketball in college but eventually I was able to rehabilitate and get over the injury, complete college and go on to have a ten-year-long professional career."

He said, "I believe that I've always had a huge drive to succeed and I keep wanting to do the best I possibly can before my time here is over." The more success he gains Trim is fuelled to embrace challenges. What I know for a fact is that everything is accomplished through hard work and that knowledge is all the motivation that I need to keep going.

Before wrapping up the conversation, there were four bonus questions:

Having gotten married earlier this year, how did you know you wanted to marry your now wife?

"I knew I wanted to marry her because of what I felt after I met her and proceeded to get to know her. I believed that she would be a great friend, a great partner and a great mother to my children. She values family as much as I do and I knew she takes marriage very seriously. I also knew she wanted to eventually be married. I believed she was deserving of being a wife."

What is the best part of being married?

"The best part of being married is having a partner to navigate life with. Through the ups and downs, we are here for each other and are each other’s support system. We are learning and growing together, and setting and achieving goals together. We are also experiencing a lot of firsts together! It’s fun to do something for the first time with your life partner in crime."

What can we anticipate in the near future from you?

"I think in the future you can expect continued diversity from me. I will continue to build on all the things I have already started but I will also remain open to new experiences and possibilities. The saying goes, you never know what tomorrow may bring. This is indeed true and I plan to capitalise on every opportunity that comes my way!"

What would you tell someone who is afraid to step out and chase their dreams?

"This life is short and it goes by quickly! So go after what you want knowing and believing that it is possible and don't end up with the regret of not trying at all! Don't doubt your dreams. Go make them a reality." 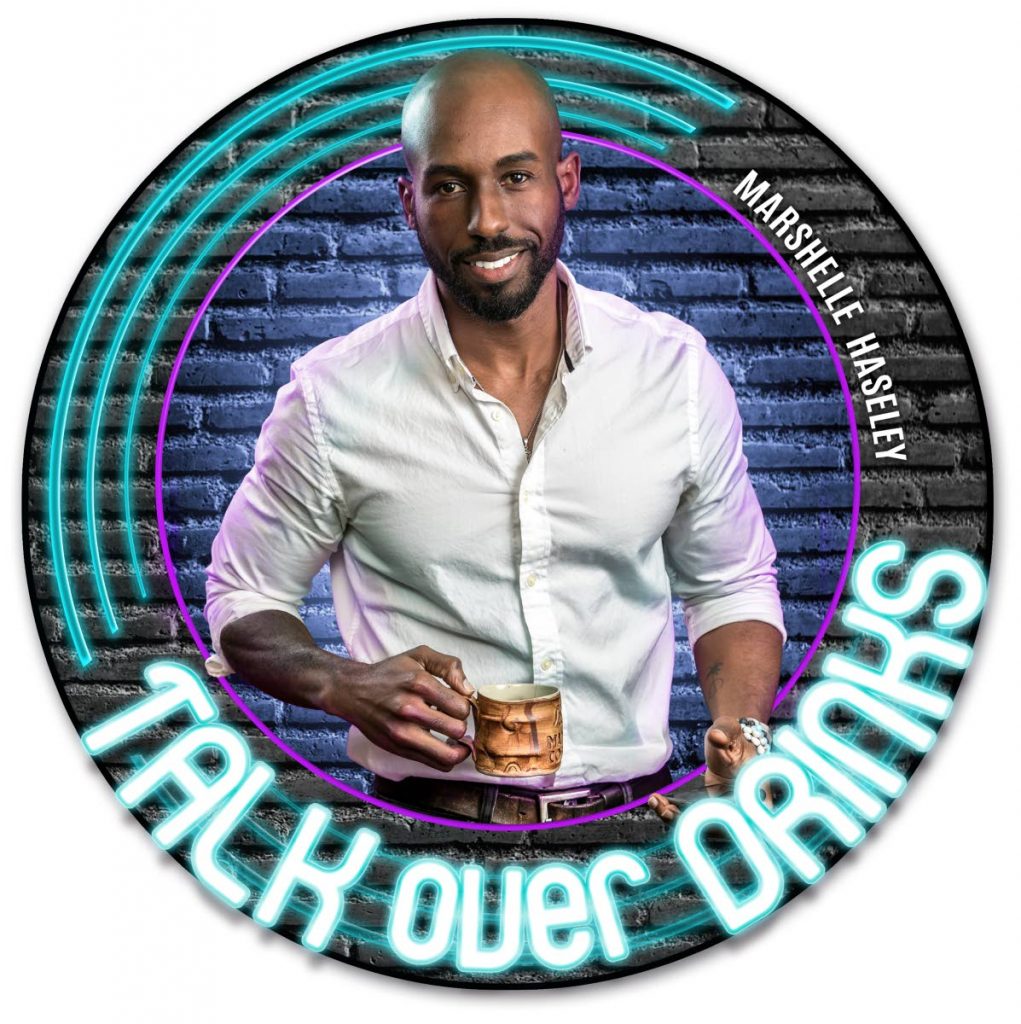