HEALTH MINISTER Terrence Deyalsingh on Saturday said if parents do not begin to take control of what they give their children to eat and drink then they putting their lives at risk.

And the country, he said, cannot build enough hospitals to treat them.

“Ten years from now what is going to happen? The country cannot build enough hospitals to treat all these children. We cannot,” said the minister.

At the time the minister was speaking at the launch of TT Moves 100% Wellness Challenge hosted at Couva Hospital and Multi-Purpose Health Facility.

Deyalsingh called on parents to spend more time with their children teaching them about leading healthy lifestyles. “Please, less sugar, less soft drinks, and more water. Teach them about a balanced diet. It is as simple as that.”

The minister said people must reconsider how they think about health. “We want to revolutionise the way we think about health from treating you for diseases to making you healthier and making you well so you don’t get sick. Too many people have already had heir limbs amputated because of diabetes and high blood pressure.”

He said everyone knows someone who has lost a limb or a toe because of diabetes.

“We eat too much sugar too much of sale and we don’t exercise.”

The minister said the kitchen is the most dangerous room in the house. He described soft drinks, white bread, white flour "as bandits" who want to steal people's health.

The minister called on citizens to participate in a weight loss challenge.

He called on 100 people to register with the ministry who will be assisted to lose weight in six months. 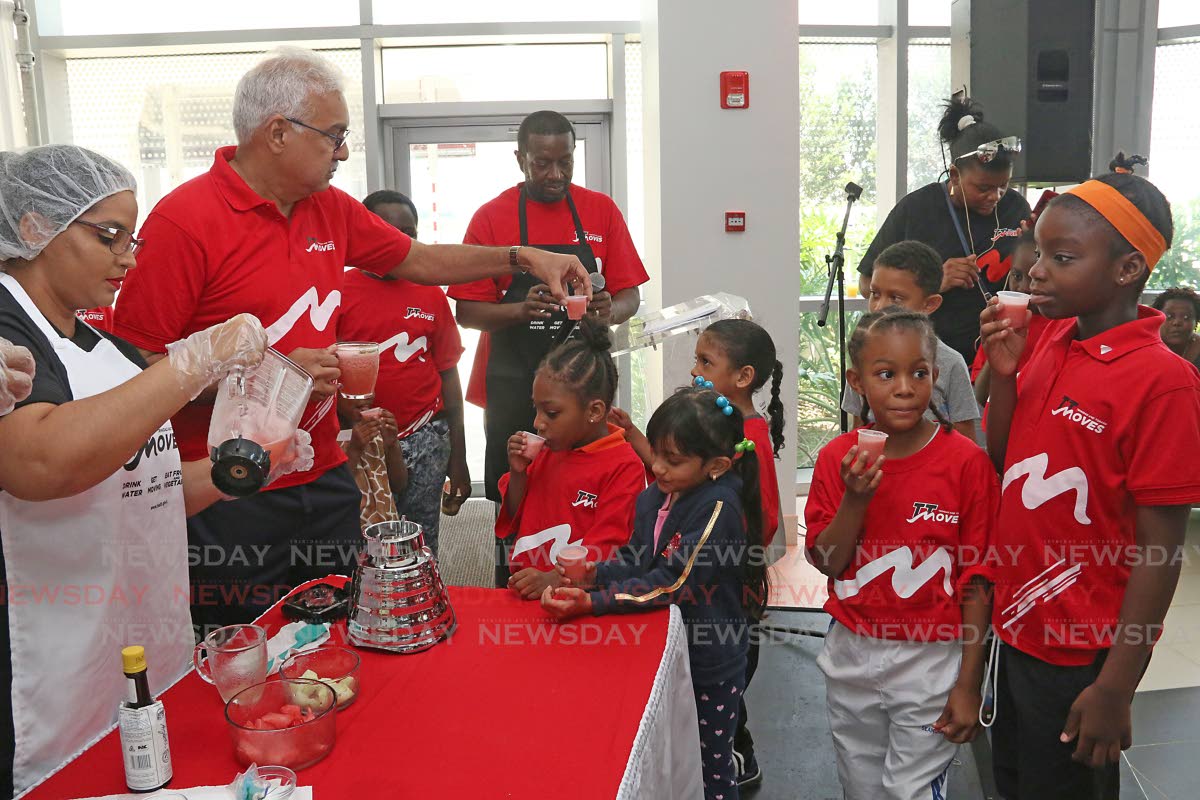