Four deacons were yesterday ordained to the Roman Catholic priesthood including the first blind man to become a priest in TT – Mikkel Trestrail.

Revs Stephan Alexander, 39, Kwesi Alleyne, 33, Kenwin Sylvester, 33, and 36-year-old Trestrail of the Companions of the Transfigured Christ Community, became priests at the third largest ordination in the country at the Cathedral of the Immaculate Conception, Port of Spain.

During the homily, Archbishop Jason Gordon said the largest ordination of the Archdiocese of Port of Spain was of seven priests in the 1940s. At that time, the Archbishop asked one man if he could form a seminary, which he did. The second highest was in the 1980s with five priests ordained.

Gordon said in the 80s the seminary was full and it seemed as if the church would grow from strength to strength. However, he said that was not the case because from the 1990s to yesterday there were only single or double ordinations. He called it a time of desert and drought, a time when the church went through trials and tribulations.

Gordon added that over the last decade there had been a “crucifixion of the church” in the media and on the world stage. He said there were several decades of indulgence where people only thought about themselves, and the church raised a generation of youths who did not understand the cross because the clergy did not put the cross at the centre of the preaching of the gospel.

Now, he said, was the age of the cross, the true power of the church, where it should become central to Christian life.

Gordon said the cross was not a nice ornament but the central mystery to which they were called. He said the cost of salvation was Christ giving his life on the cross to show what true love was. He said without the cross people would not be sanctified or redeemed, could not be brothers and sisters of Jesus, call God their father, and there would be no salvation.

He told the new priests the cross should be their constant companion and source of meditation, their greatest treasure, what they look to when they want to move their people forward because without it they would not find the power to lead. 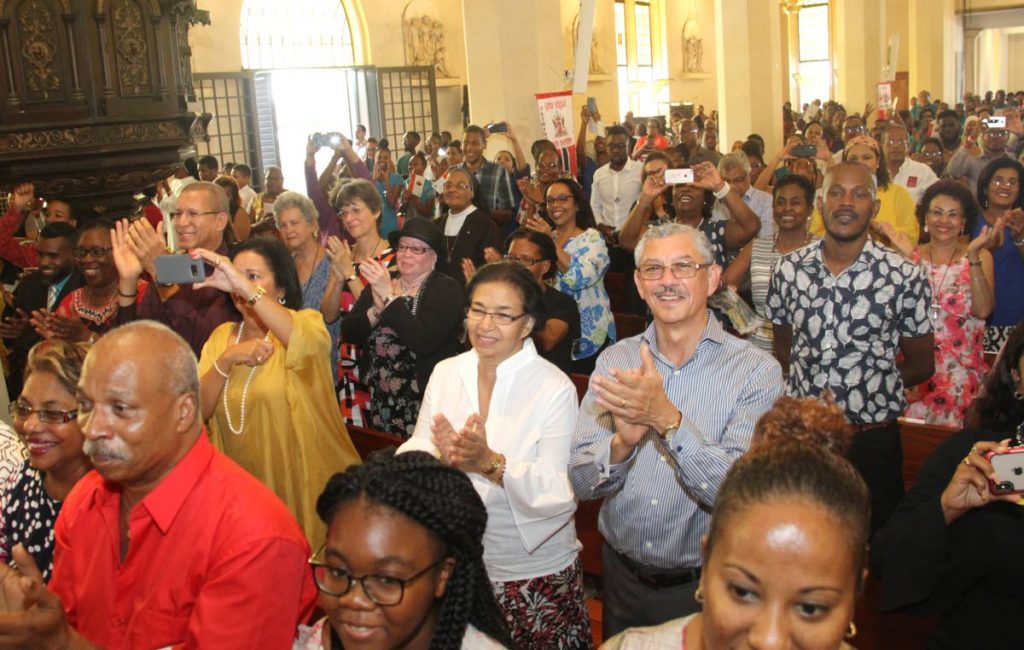 He added that they were being ordained to become men who would lift Jesus’ cross high and understand it was the only way to salvation. He said although it was not an easy road it was not terrifying but exciting as the priesthood had to be seen in a “different configuration.”

He said just as the Israelites in the wilderness complained about the manna God provided, so some complained about what God provided now – the cross of Christ, the bread of life and the cup of salvation. He said people wanted something exciting, entertaining, something that would "pep them up" and he admitted it was tempting for priests to become performers to entertain the congregation so as to distract them and keep them in the church. However, he said there was only one mas of Jesus Christ in which priests participate in the sacrifice of Christ.