In a 2011 article, 36 Hours: Trinidad, the New York Times profiled the largest island in our archipelagic state. The author touched on a sentiment that I have long felt, and have tried to express to anyone who cares to listen.

We are sitting on a gold mine, a treasure chest of potential economic opportunity, the value of which is increasingly being neglected and diminished over time.

According to the Times, “Caribbean islands aren’t usually celebrated for their capital cities, but Port of Spain is a gem worth exploring on foot.” The city has great bones; it just needs a bit of love and attention and fattening to reach its full potential.

Not surprisingly, the parts of the city, and activities therein, that we “decent” citizens love to scorn and shun, and wish to “sanitize”, are a source of great interest to many. As the author displays a fondness for the “locally mixed reggae and soca CDs in busy Independence Square”.

It’s not at all surprising though. Independence Square is the perfect example of what happens when conventional, modernist-inspired planning and design ideals become the norm in cities. The effect of these being to protect and separate building inhabitants and activity from the “undesirable” public realm, and create buildings that stand out. Or, as a friend recently commented, a result that is like an orchestra in which everyone is playing a different solo part.

At the eastern end of the Brian Lara Promenade, the activity is highest, although the surrounding building stock is typically older and less flashy. It’s here after all that the men can be found playing their board games when the sun goes down on evenings.

The closer one gets to the western end, with its tall skyscrapers, parking structures, aloof buildings, and air of modernity, the activity quickly begins to die down; both on the promenade and the adjacent sidewalks of Independence Square North and South. During the day, these areas act as a transient thoroughfare, and at night, simply an empty space. It’s nothing like the other bustling end, with its combination of active bar, restaurant and retail building uses, more traditional urban building architecture, and welcoming park furniture.

The potential of urban tourism locally is also suggested by professional assessments of our tourism product.

In 2015, a prominent tourism consulting agency, Resonance Consultancy, profiled TT, and proclaimed that “the contrast between Trinidad and Tobago put them in a position to become a capital of bleisure—a combination of business and leisure—in the region, which might in turn attract millennials, who personify Generation Bleisure.

And what is it that the millennials, born between 1981 and 1996, are looking for in a destination? A Resonance study in 2018 found that 38 percent of this age group is likely to visit a city destination within the next 24 months, and another 40 per cent likely to visit a beach destination. Imagine the potential in combining the best of both worlds.

Millennial travellers are also proving to be quite different from previous generations. They, more than others, are an urban-loving set, leading the charge in the rise of urban tourism. According to World Travel Monitor, city trips soured by 82 per cent between 2007 and 2014.

You see, more so than previous cohorts, millennials seek as their top three priorities, according to the World Youth Student and Educational Travel Convention, interacting with locals; experiencing everyday life; and increasing their knowledge. They aren’t particularly the golf course loving, mega-resort obsessed type of people. They travel more frequently, and are also more likely to choose an international destination. 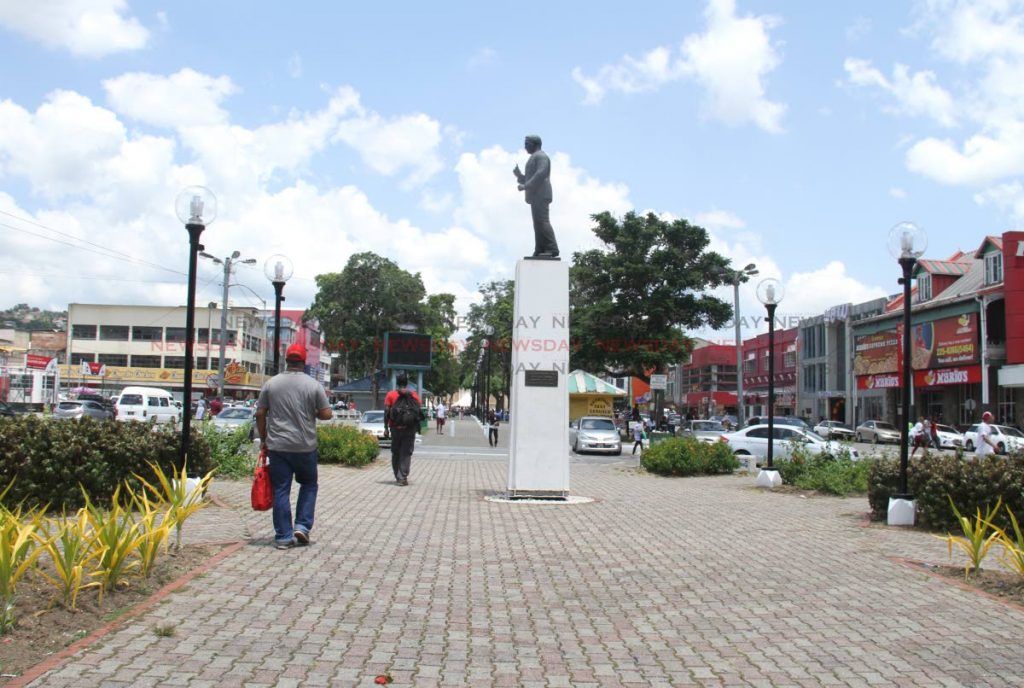 Skift, the self-proclaimed largest tourism industry intelligence platform, identified the rise of the boutique destination — with an emphasis on local and unique experiences, not soulless, generic, and gimmicky tourism — as a megatrend shaping the industry in 2015.

Authenticity is key. Plan and design cities for the enjoyment of locals, and the flourishing of everyday life, activity, and culture in the public realm; the interest by tourists will fall into place, with less forced efforts and schemes. Think of cities as an attraction in and of themselves, and not in need of an amusement park or some other gimmicky trick to draw interest. Of course, when you’ve otherwise actively removed all sense of character from a place, you don’t have much other choice.

Think of Independence Square. Pay attention to the ways in which the uses within buildings, architectural design ideals, and public space design can serve to enhance and encourage, or kill public life, and therefore the potential to attract the tourists belonging to today’s largest generational cohort.