“A PARTY with a purpose.”
That is how promoters and sponsors of PinknicTT, a premium rosé-themed picnic party that will assist in promoting breast cancer awareness and funding for research and treatment, consider their event which is scheduled for October 28.

Strictly FX Ltd, Managing Director and visionary behind PINKnic TTAdrian Chandler speaks at the media launch for cancer awareness at the Brian Lara residence, Port of Spain last Thursday.At the launch of the event at Brian Lara’s residence on Knagg’s Hill, Port of Spain, several companies and NGOs that partnered with promoters Strictly FX for the event, including Guardian Group and Ansa McAL and the Cancer Society, gathered to highlight the importance of doing all possible to fight breast cancer. 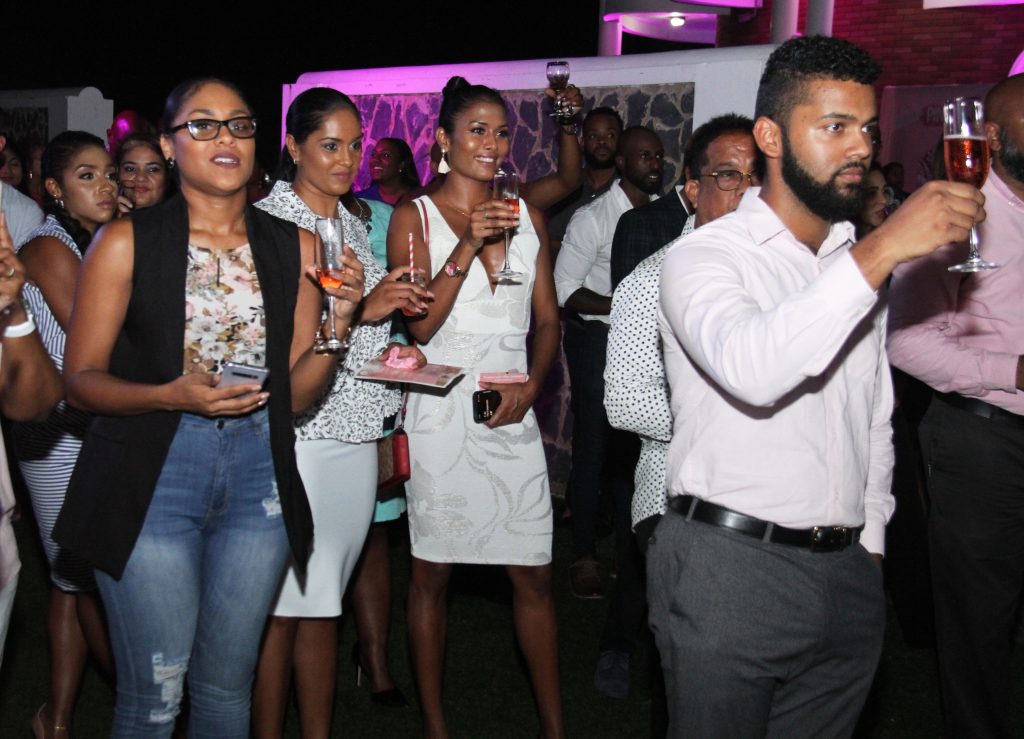 Strictly FX founder Adrian Chandler in his address said he was not aware of the work which the Cancer Society did over the past 50 years, but as he began looking into the effects of cancer and what the society had done to combat it, he became more passionate about hosting the event.
He also shared a personal experience with cancer, having lost a relative to the disease the same day of the launch.

“Cancer does not have a specific age. It could affect anyone, a sister, a mother, a cousin or a friend. So I am hoping that everyone understands what this initiative is about,” Chandler said.
Anand Pascal, president of Guardian Life said the effect of cancer is seen every day in the way it wreaks havoc on families and said it is imperative that more is done to raise awareness and educate people in order to minimise each person’s risk of contracting the disease.

Dr Asante LeBlanc of the Cancer Society also said awareness is the key to beating cancer, and added that the society in its 50 years of service has been able to provide affordable care and detection services to TT despite a reduced subvention. But she said more must be done to raise awareness.
“If we can find a way to become a part of the current social scene with initiatives such as this that will allow us to interact with different audiences and allow our message of prevention and screening for early detection to resonate among the younger people and that is all we can ask for in order to beat this terrible disease,” Le Blanc said.

The event will take place at Drew Manor, Saddle Road, Santa Cruz, and promises to hold good vibes in a picnic setting like events of a similar name which were held in New York.
According to statistics, one in every eight women is expected to contract breast cancer.