A POINT Fortin woman who rammed her car into another car is expected to be charged for malicious damage. The incident occurred on Tuesday morning in Point Fortin and was video-recorded by a passerby using a cellphone. The video was posted on Facebook. It shows the woman driving her car repeatedly into another car and pushing it into a pond.

According to a police report, on Tuesday at about 11.30am, the woman, who is a food vendor, arrived at her vending spot at the Dunlop Roundabout in Point Fortin to see a car parked where she usually set up her food stall. Reports said she got out and told the man who owned the other car to move it, as he was in her spot.

Eyewitnesses said the other driver did not comply and the two began to argue. “Now she was really angry. She was fuming because there were people watching. No one knew what she was going to do,” a witness said. The woman walked away, got into her car and rammed it three times into the man’s car until it sank into the pond.

“Everyone stood in shock. It was really madness. She lost her temper really bad. Now it will cost her. She not only has to fix her car, but the man’s car also.” Both cars were damaged. They now form part of a police investigation. Police said a file is being prepared and once completed the woman will be charged and taken before a Point Fortin magistrate. 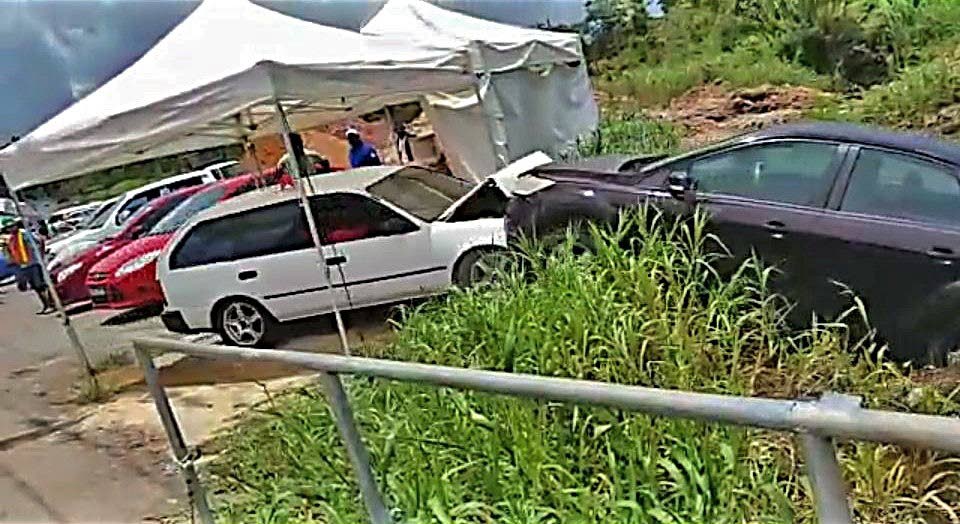