My name is Anneliese Littrean and I think I’m a framing consultant.

I don’t know where the surname “Littrean” comes from. Dad claims it’s French. And it sounds kind of French.

My mom’s side is Montrichard and I know THAT is French.

I’m from St James, the City that Never Sleeps, but I live on a generally quiet street.

VS Naipaul grew up not so far away. But I only found that out when he died and so many people went to visit the house. I’m ashamed to say I haven’t read any of his books.

I wasn’t much of a reader as a child but I read now so I might try out Miguel Street.

I like more classics, like Pride & Prejudice. I love Jane Austen. I read one or two Dickens.

My immediate family is my mom and dad, Mark and Danielle, two older sisters and a baby sister. Stephanie is 28, Cherisse, 25, just finished med school, and the youngest, Dominique, now turned 18.

Having so many women in our house has made us stronger women. We don’t rely on men to do stuff for us.

It’s so sad for me but I have, like, no first cousins.

My boyfriend, Blaine Sobrian, has such a huge family, plenty cousins all the same ages. I feel left out.

A lot of my girlfriends are so unaware. In public, they don’t even notice the creepers who crawl around them!

My dad is a judo instructor so I have a brown belt.

I feel a lot better knowing that, if push come to shove, I can fight for myself.

Best to avoid confrontation but, especially nowadays, and especially women, you have to be able to protect yourself.

St Theresa’s was my primary school and St Joseph’s Convent, PoS, my secondary.

My family is Catholic and my granny used to take us to church every Sunday.

But as I got older, I didn’t want to identify with a particular religion. I don’t believe some of the stuff they preach.

You always have a doubt in your head about these things but, because you’re raised (Catholic) people want to hope there is something after death. It’s a tough one for me. I sway either way.

I don’t believe in virgin birth or that LGBT people are (sinners) – but I would like to believe there is something – anything – after death; reincarnation, something, just to make it easier.

That’s what religion does: it puts people at ease. Gives people something to hope for.

It’s very difficult to have no religion in Trinidad. That’s always one question you get in secondary school – what religion are you?

St Joseph’s was a good school and I got my passes because they do over-prepare you for things but it really wasn’t for me.

That’s why I thought the framing shop would be a nice experience for me: being surrounded by and working with art every day. I’ve met a lot of artists.

I was kind of forced to, so I tried the first term of form six. But the art teacher never used to come to class and we had to teach ourselves. How is the student supposed to care if the teacher doesn’t?

So I left school and did a makeup course. I don’t regret that one term, though.

My boyfriend, Blaine, did form six there, so I got a benefit out of it.

I did a two-year art certificate at the University of the West Indies and they wanted me to come back to do the degree.

But the facilities they provided – a classroom with kinda okay lighting and maybe some chairs – was, again, (discouraging).

Opportunities are popping up here. I’ll see what I can make of them.

I had zero expectations of this job. I came in to frame one of my own drawings for an exhibition and they offered me a job.

Basically I’m a framing consultant – at least, I think that’s what the job title is, though I’m still not 100 per cent sure. I help customers decide on the right frame that enhances their art.

You can’t just hang a random piece of art on a wall with any old frame and expect it to work.

I think my art background helps me because you have to have an eye. You don’t want to put a dark frame with a dark mat.

A lot of the times, customers don’t know what they want. You have to kinda pick their mouth, guide them through the process.

Most people definitely need people who know a bit about framing to help them choose well. If everyone picked the first thing they wanted…

Sometimes, I cringe when customers choose some frames. One customer picked a horrible combination. I don’t want to say it looked ugly but my boss said, “That is horrible! Who did that?”

But the customer liked it.

At the end of the day, I can only give them guidance. Especially if it’s older people: “I don’t want anything ‘modern’ in my house!”

People want you tell them if things look good but they often mask their ignorance about framing.

Then, when they see their piece with the frame they chose, they don’t like it. But then I’m like, “You picked this.”

Sometimes you have to just bite your tongue.

The best part of the job is the environment and the people.

Being surrounded by all the art is inspiring. It makes me see the level I want to be at.

And in the office, everybody is just so friendly and nice. If you make a mistake, it’s okay.

The hardest part of the job is dealing with difficult customers. It takes time but you get a lot of practice and you get there eventually.

Trinis are so mixed. I can’t even trace back where my family is from!

So I would say a Trini is the perfect mix of people from every part of the world.

Trinidad and Tobago are two unique little islands. But they give you a taste of everything from around the world. 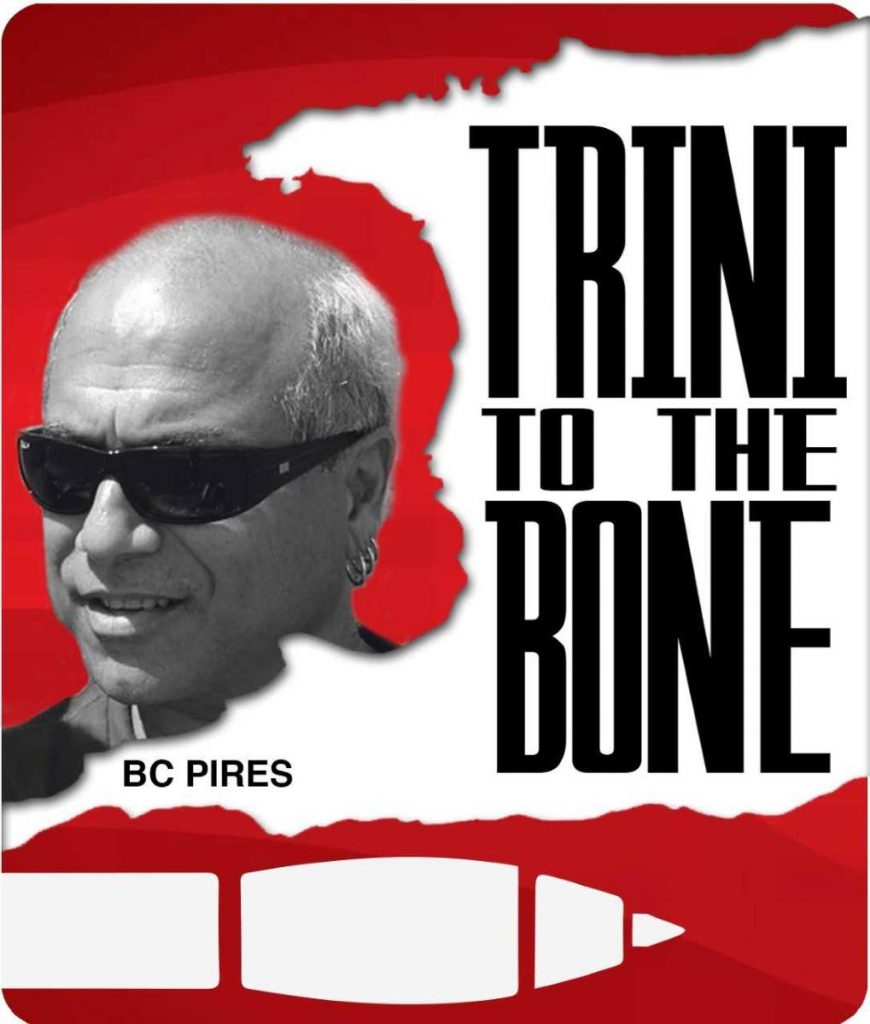