THE re-assignment of two judges, at their request, is causing some concern in judicial circles who are now questioning what reasons were given to accede to their requests for transfers.

In a statement on Sunday, the Registrar of the Supreme Court said the re-assignment of Justice David Harris from the civil division to the Family Court where Justice Betsy Ann Lambert-Peterson was previously assigned.

Lambert-Peterson will move to the civil division and has taken over Harris’ civil docket.

According to the registrar’s statement, the re-assignments were made on the request of both judges. But, this has bothered some judges who are now raising the question of equality of treatment.

They would also like to know the rationale for the re-assignments, pointing to the very publicly played out disagreement between Justice Carol Gobin who has been transferred to the Family Court in Tobago.

In July, it was revealed that Gobin will be assigned to the Family Court in Tobago, and although she, at first, resisted the move, she eventually agreed to go for one term, until December.

“Against the background of a very publicly played out disagreement by a civil judge over her unsolicited assignment to the Family Court and the request to the Chief Justice to reconsider the assignment and his refusal to do so is there any reason why these two judges’ requests were facilitated. If Harris wanted to go to Family Court why not send him to Tobago?” questioned one judge.

“They simply requested it and their requests were granted. But the CJ has not said why he considered it appropriate to accede to these requests?” was another question asked.

In the statement from the registrar, it was said that upon Harris’ re-assignment to the Family Court, his civil docket became unassigned.

“This allowed for the seamless assignment of the docket to Justice Lambert Peterson on her re-assignment to the civil jurisdiction.

“The assignment of matters within the existing dockets of judges falls within the purview of the Registrar of the Supreme Court. The Registrar and her team are working currently on the details of both dockets to facilitate the re-assignments.

“As is customary all “part heard” matters will remain with the original docketed judge.”

The statement insisted that at no time was the Registrar instructed by the Chief Justice on the assignment of any particular matters in the dockets of the two judges,” the statement said.

It further added, “The finalisation of the respective judges’ dockets is a matter that has not been under the directive of the Chief Justice as has been reported.”

Newsday understands that the registrar tasked with the re-assignment of the cases is deputy registrar Tricia Bhagwandeen-Sadho.

Already notices to litigants have been sent out advising of the re-assignment to the new judge.

Newsday understands that Harris had close to 500 matters and notices would have gone out to litigants whose cases were originally adjourned to September.

The notices also advised that the re-assignment of the cases were done under the Docket Management System.

In 2017, when the issue of forum shopping was raised – a practice adopted by litigants to get their cases heard in a particular court that is likely to provide a favourable judgment – the Judiciary advised that the assignment of cases to judges was done through an electronic system administered by the High Court Civil Registry.

Last month, Ayers-Caesar’s attorney Ramesh Lawrence Maharaj, SC, was quoted as saying he was unaware of Harris’ transfer to the Family Court, but if it was the case, it was a cause for concern.

He also questioned if there was a reassignment of the case to another judge and who made the decision.

'Was it the Chief Justice? Or was it another judge?

'If it was another judge, I would like to know the name of the judge. The matter will come back before Justice Harris after the Privy Council appeal. If Justice Harris has been involved since the start of the case for the last year and he is fully aware of all the facts in the matter, why was he taken away to Family Court?'

He said while he had no problem with a re-assignment, Harris had to come back to do the case, and if it was assigned to another judge, then he (Maharaj) wanted to know if the Chief Justice was responsible for the re-assignment.

He said in cases in which the CJ may have an interest, re-assignment of cases are then done by the next senior judge.

“Who reassigned this case, the Chief Justice or Justice Mendonca?' Maharaj asked. 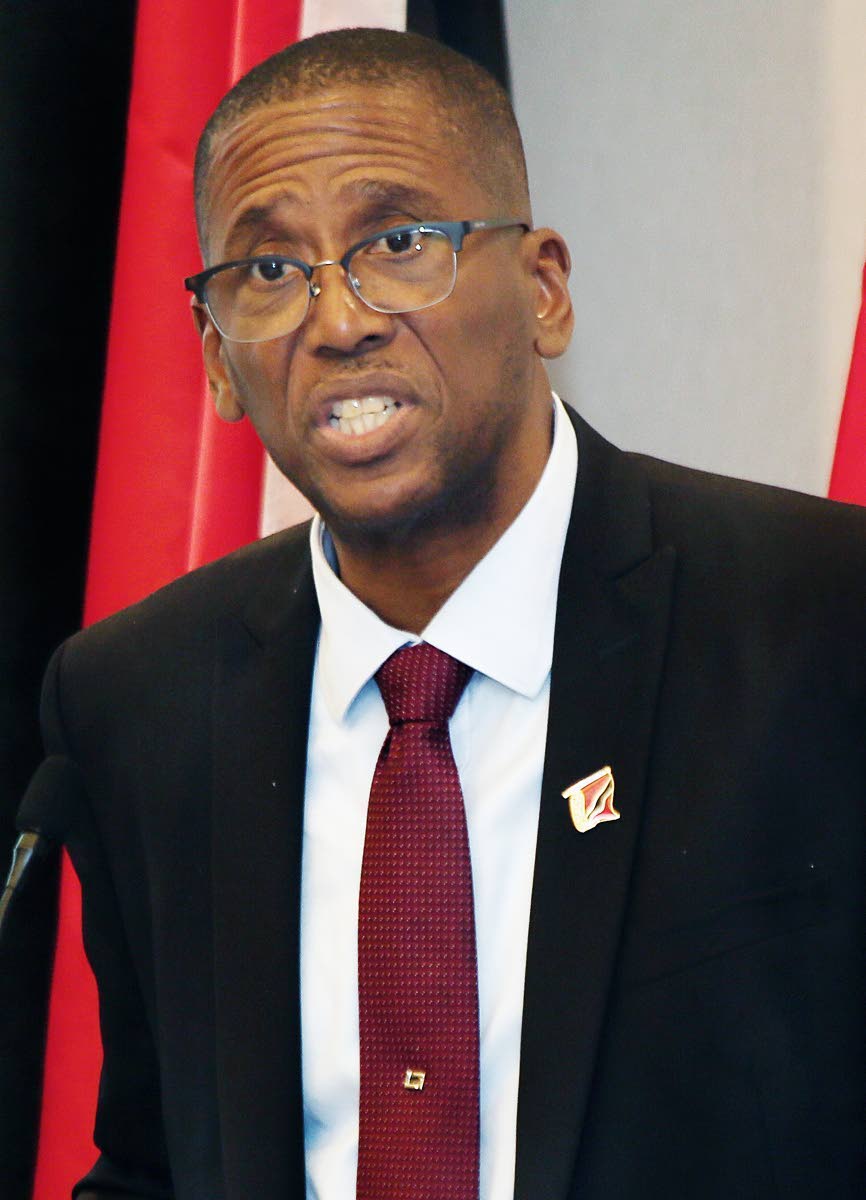