The UWI Seismic Research Centre (SRC) is doing more than just monitoring earthquakes. Apart from its immediate responsibility, the centre
is undertaking an awareness drive.

At its open day at Gordon Street, St Augustine, on Wednesday, dozens of people turned out for the interactive sessions, which ran from 10 am-4 pm. The event was held a year after the 6.9 earthquake struck TT, on August 21.

The awareness programmes are not just for TT but also include the Eastern Caribbean. The citizen seismology programme, one of its most active initiative, assists with gathering data for scientific research
. Citizens can register with the centre to participate in this.

Research assistant Alia Juman, said, "When a quake happens, we e-mail a form to those registered with us to get their information about their experience. It is focused on earthquake and seismology in particular."

"While the majority of the project is carried out in TT, we are trying to have it implemented in other parts of the Caribbean."

Another initiative is the Volcano Ready Project. This, she said, "brings awareness to the islands that have volcanic activity and at the moment we are in St Vincent. We would like to take this initiative to Dominica. However, we do have funding problems."

The programme informs people about volcanic activity and the do's and don'ts in the event of an eruption. The SRC monitors 19 volcanoes in the Caribbean and tsunami warning systems.

Education and outreach manager, Stacey Edwards said, "These natural disasters are described as low-frequency, high-impact disasters. Unlike hurricanes, these disasters do not happen often, but it can be extremely devastating when it occurs. People need to keep a sense of awareness because of this."

She recommends that people should regularly practise safety drills to ensure they are prepared for such disasters.

"UWI's civil engineering department has been working extensively to get the code legislated. This is proving difficult following the collapse of the building code committee, some years ago."

Last year several buildings such as Sails restaurant in Chaguaramas and the Holy Trinity Cathedral in Port of Spain suffered major infrastructural damage.

The interactive sessions allowed participants to get up close with the subject matter experts and to also examine the equipment, such as the seismograph used at the centre.

One demonstration explained the use of earthquake catalogues and how it is used to make forecasts.

Papadopoulos said, "Earthquakes are unpredictable, but they have periods of return. The catalogue is a long list of events, that roughly puts a 6.0 magnitude to occur every ten years for TT. This is by averaging 50 events for the past 500 years."

"But it does not tell of where it is going to happen. For this we need to think in a different manner and study the distribution of events in the area, the tectonics, the current seismicity and so on."

Research assistant in volcanology and outreach, Omari Graham, showed the participants how earthquakes are read and the scientific calculations used to determine its magnitude. The different seismic recordings including the December 2001 quake that led to the volcanic eruption of Kick 'em Jenny in Grenada were viewed.

Zayne Martin, nine, said, "I am interested in things like this and this has taught me so much more. I was very scared last year when the earthquake happened, but I am much better prepared."

His mother, Ranaa Martin, said, "A lot of times we are not informed about how we should behave and react. Outreach programmes like this is important, especially for schools and communities to develop a reactionary plan."

Information on natural disasters and precautionary measures can be found on the centre's Facebook page https://www.facebook.com/uwiseismic and website http://uwiseismic.com 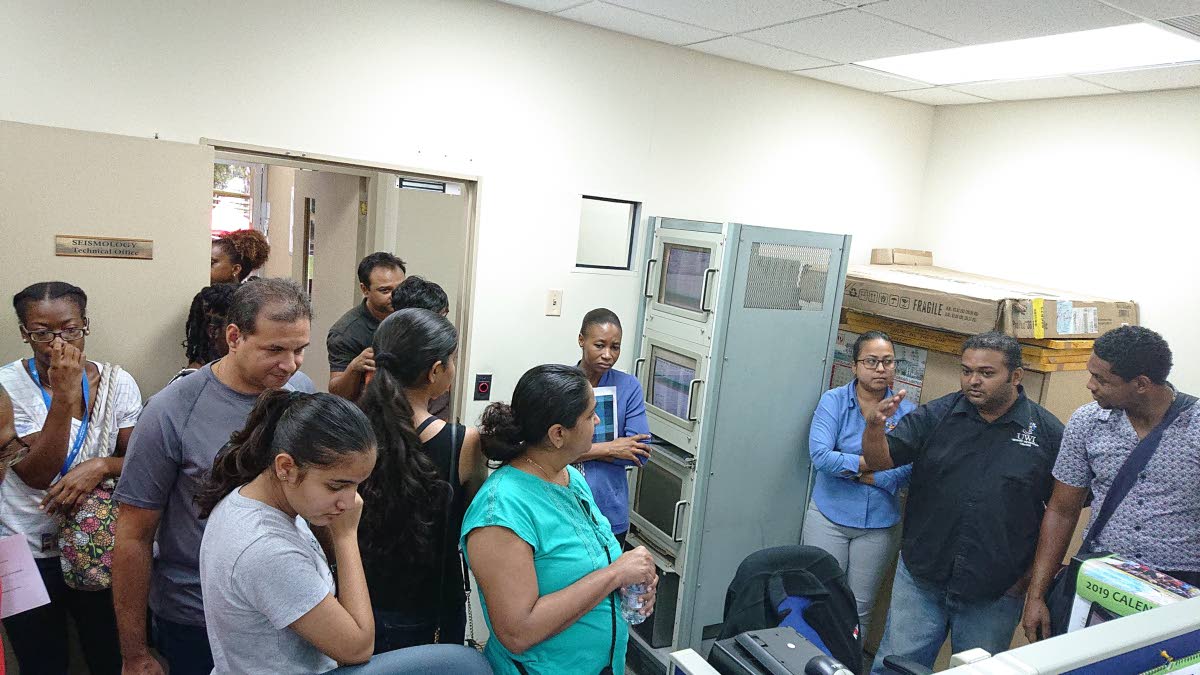 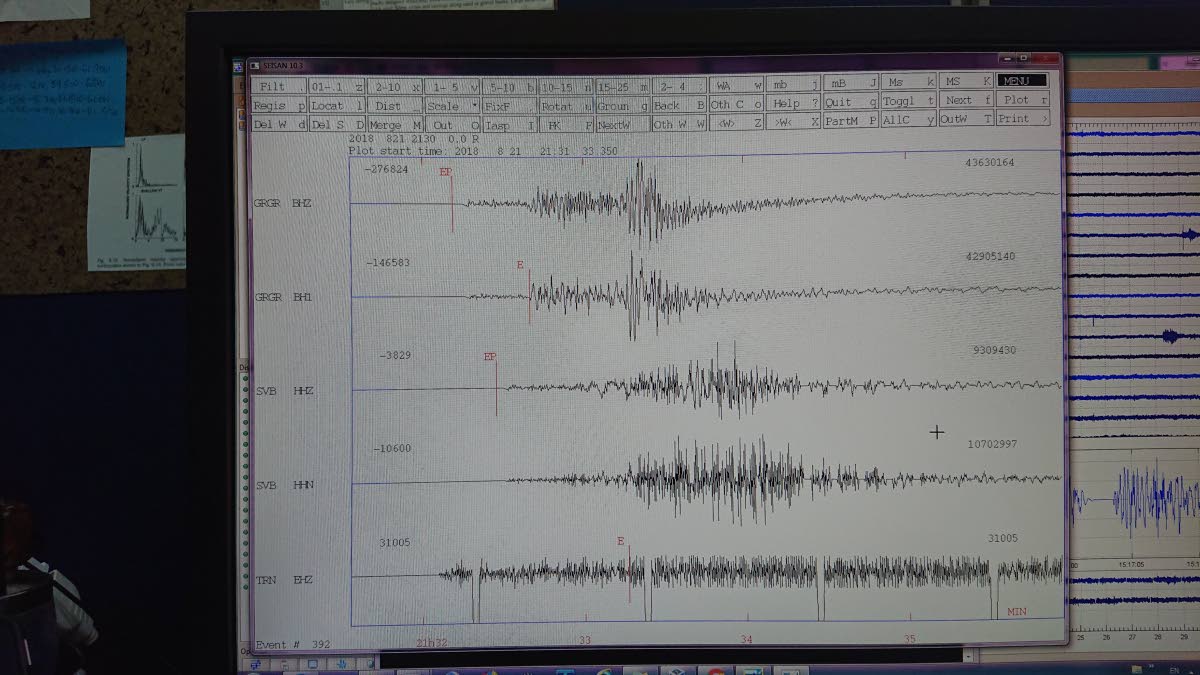