A 39-year-old woman, who was four months pregnant, was chopped to death early Sunday morning by a 19-year-old close male relative.

The teen is in police custody assisting with the investigation.

The woman’s aunt, Rhoda Mack, was also stabbed in the head, neck and back and was taken to the Eric Williams Medical Sciences Complex in Mt Hope. She is in stable condition.

When Newsday visited the home of Alistra Mack-Kampo, also known as Roxanne Mack, at Las Lomas, Chin Chin Road, Cunupia, relatives were sitting under a tent talking about the killing and trying to console each other.

The attack on the two women happened at Mack-Kampo’s home shortly after midnight.

At their own home less than a mile away, Mack-Campo’s parents Daniel Melville and Jestina Mack, both 59, were crying out to God to have mercy on the young suspect. They told Newsday the young man was lacking attention and love. They believe he “tripped off” when he found out about Mack-Kampo’s fourth pregnancy. Mack said the young male relative was abused and found it difficult to come to terms with the fact that Mack-Kampo was pregnant again.

Two of Mack-Kampo’s children are in the care of their fathers.

“He was not shown any kind of love from the womb, and as a toddler it never changed,” Mack said. The teen left school with six passes, and she said she and her husband took care of him after he was put out of the house six months ago.

“God hear me, have pity on him. I already lost my daughter and I don’t want his future to go down the drain. I serve a magnificent God and I know he will deliver him.”

Mack said she never expected to see the young man act so violently and he was “normal all day” on Saturday. She said the last time she saw him was around 10 am on Saturday, when he asked her for $5. He did not return to her home that day.

The grieving mother said someone called her around 7 am yesterday and told her Mack-Kampo had been chopped to death.

“My husband went across to see what happened and he told me when he came back home.

“All this could have been prevented. He (suspect’s name called) asked me, 'Ma, is Roxanne sick? She can’t take care of the two girls and she got pregnant again?'

“My two granddaughters are five and the other one is under a year.

“I am sorry it had to go this way, but God will see him through this. What he did was not right, but at the same time I understood how he felt.”

At Mack-Kampo's house, Anthony Mack – the dead woman’s brother – said Mack-Kampo went to the police many times seeking help to control the suspect.

“They never did anything. Every time she went, they told her it was a family matter and they can’t get involved.”

Anthony said the young man was enabled by other relatives, which encouraged him to continue behaving badly.

“Just Saturday after lunch, they (Mack-Kampo and her aunt Rhoda) tried talking to him. I don’t know what happened after that.”

He said their aunt who was wounded in the attack did not yet know his sister was dead.

“That will destroy her. My aunt is a member of the church and is like a mother to all in this community.”

He told Newsday he was not surprised by the picture his parents painted of his sister.

He said she was not perfect, but she worked very hard, never asked for handouts and took great care of her family.

“My sister did not deserve to die like that. God is in control.

“It is very hard to remember my sister like how I saw her this morning (Sunday).

“You can ask anyone around here and people will say she was a very nice person who worked hard to support her family.”

A woman who did not want to be named said she knew Mack-Kampo, and everything she did was for her family.

“She was a very humble person. She had some ups and downs, just like everyone else, but it never stopped her from doing what she had to do. I will always remember her for that."

Nicholas Alexis, one of Mack-Kampo’s cousins, who helped hold the male relative, said he is hoping to wake up from a dream because he can’t believe what happened to her.

“She was a good mother, especially to those who were not her own. She was a joyful person, and this (her murder) is something that hit me very hard. Who feels it knows. She did not deserve to die like this.

“She will always be remembered as the heartbeat of the family. It is so sad.

“They are wrong for saying what they said about her, and I really hope God can forgive them.” 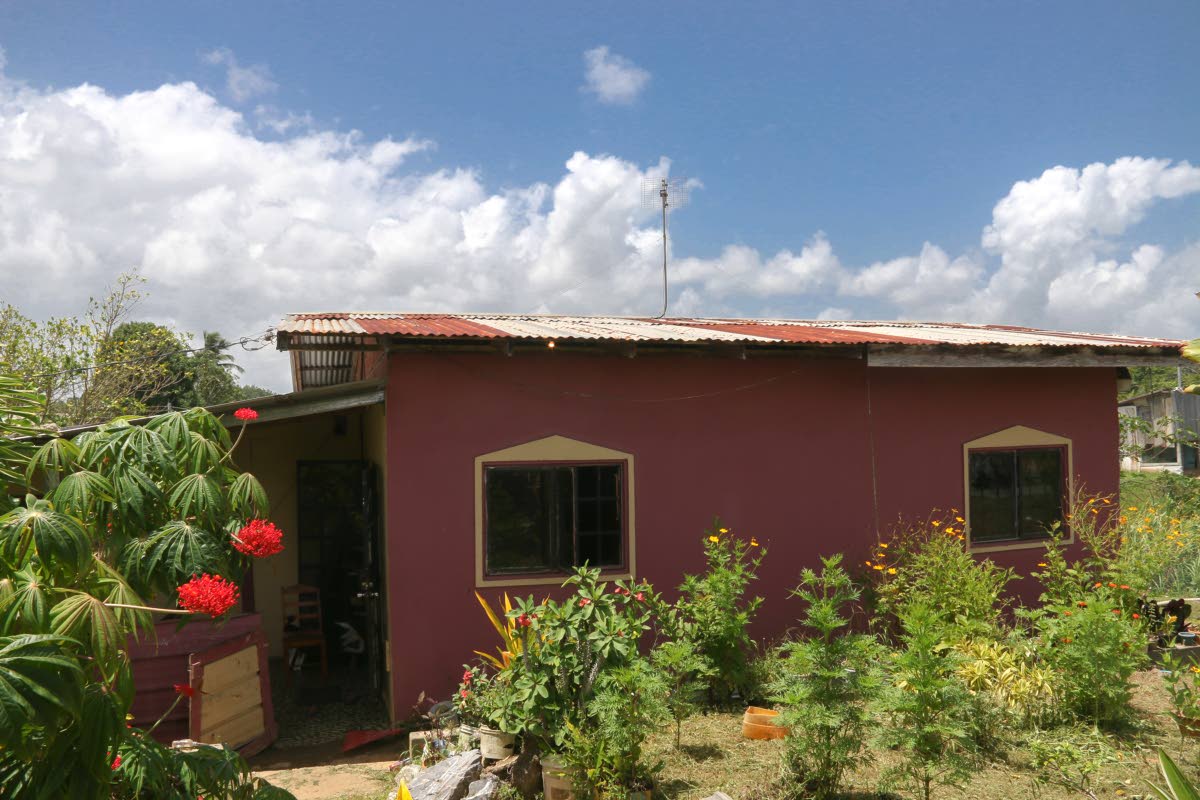